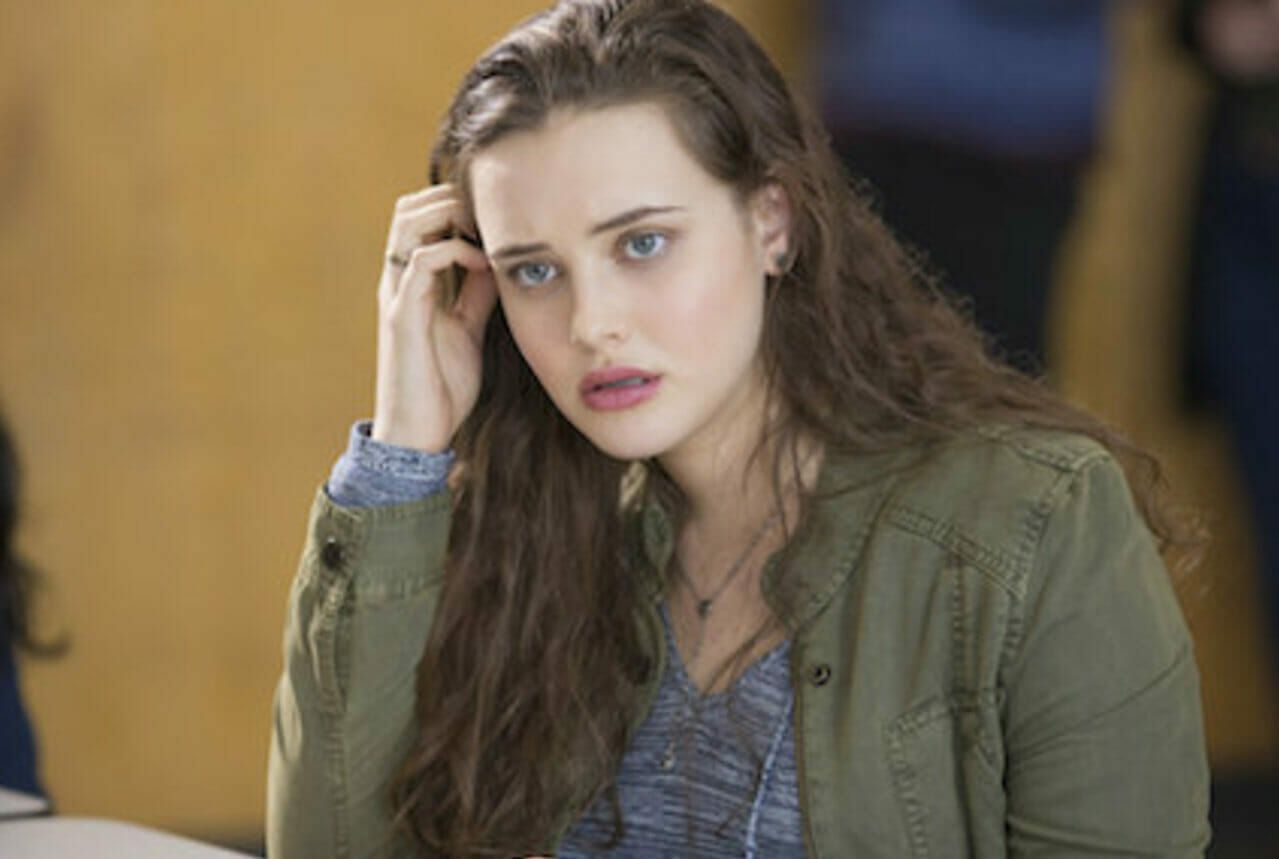 Here's everything we know about 13 Reasons Why Season 2 so far...

It’s been more than 13 months since Season 1 of 13 Reasons Why premiered. If you binged it that first weekend, it was an excruciatingly long time ago. Well, 13 Reasons Why Season 2 is coming. But it can’t come fast enough. We have to know the fallout from the explosive season finale. How will Clay, the Bakers, Jessica, Justin, and Bryce react to the tapes coming out? Is Alex alive? Will Clay find love? Is there going to be a school shooting? And which one of our heroes and villains will make it to Season 3? Will there be a Season 3? There are so many questions to be answered. But, since we will have to wait for Season 2 for some of those answers, let’s get up up-to-date on everything we do know. So from the premiere date to little nuggets from cast interviews, we got the goods.

Netflix hasn’t yet announced the premiere date, but we know that production has wrapped. Netflix is keeping their cards close to their chest. While most people assumed Netflix was going to drop season 2 exactly a year on, March 31st, from its premier, that day came and went with nothing. Now best guess is late spring, or early summer.

Last season’s most brutal and controversial moments focused on the rapes of Hannah and Jess. The second season is, reportedly, going to continue to deal with the fallout of those rapes, not only for Jessica and the Bakers, but on the rapist, Bryce. It will be interesting to see how they deal with a beloved high school sports star falling from grace, and whether or not the community will rally around the rapist, as can often happen to popular men. If we have one prediction for season 2 it is that Bryce gets his comeuppance. #webelievethem

While waiting for a second season, Netflix went ahead and secured the school, Analy High School in Sonoma County, for filming in season 3. While this is in no way an official confirmation, it hints that we should continue to expect more trials and tribulations from Clay and the gang.

Katherine Langford Is Back!

Since season 1 revolved around the suicide of Hannah Baker and the devastation that wrecked, the question of whether Katherine Langford could/would return was major one for fans. Well, Dylan Minnette told Seventeen: "It would have been weird to end Hannah’s story in season one because we only heard very small tidbits of her life told by her…There’s a whole life that Hannah had, and there’s more we can learn about her. Overall, learning more about her is more important to the entire narrative."

Katherine Langford told Elle: “You see a very different Hannah in season two. I would prepare fans not to expect the Hannah from season one for a multitude of reasons." It is hard to tell what this means, but maybe we will get to see some of Hannah’s happier moments in season 2, since apart from Clay and a few with Alex and Jess, season 1 was mostly a litany of horrors for Hannah.

You Faves Are Coming Back

Everyone has their favorites. The good news is that almost all of them are returning. Dylan Minnette as Clay Jensen, Alisha Boe as Jessica Davis, Brandon Flynn as Justin Foley, Ross Butler as Zach Dempsey, Ajiona Alexus as Sheri Holland, Michele Selene Ang as Courtney Crimsen, and Tommy Dorfman as Ryan Shaver. Whether they make it through the season intact, however, is anyone’s guess.

One of the biggest questions hanging over season 2 is whether fan-favorite Alex dies. Well handsome thespian Miles Heizer gave a massive hint when he told the press: “That’s another subject that's very rarely shown onscreen and is probably a lot more common than people think it is. People attempting to take their lives and it not happening, I'm sure that will bring a crazy set of issues.”

One of the big rumors is that Selena Gomez will appear in front of the camera, in a show she has, until now, only had a hand in as a producer and musician. This is obviously a super exciting rumor, but it looks to be false. Amy Hargreaves (Clay’s mom) told Teen Vogue: “It would become so much more about Selena Gomez and not about the story…It would kinda distract from the main story…So I can’t imagine that she would pop up for a cameo. But who knows? You never know.”

Jessica’s storyline in season 1 was one of its most heartbreaking, and season 2 will continue to look at how she deals with the trauma of her rape. Brian Yorkey, the showrunner, has said, "Jessica in particular, her experience continues to be a central part of season two. We wanted very much to look at her recovery. To look at what it is to go from being a victim of sexual assault to being a survivor of sexual assault."

Season 1 is a pretty bleak watch. While there are moments of kindness and redemption, overall it is about a girl who is treated terribly by almost everyone around her. According to Kate Walsh, however, season two is going to be a more positive watch. She has said, ”I think it's a much more redemptive and hope-filled season, too…You see my character developing relationships with different kids, trying to find out the truth, trying to assign responsibility for what happened with Hannah.’

Bryce Cass is joining the cast as Cyrus. Netflix describes Cyrus as ‘an edgy, cynical mischief maker who serves as an unexpected champion of the downtrodden’. Bryce is a 20-year-old actor from Dallas who is known for his roles in Barney, Battle Los Angeles, The Guardian, and Line of Duty.

Chelsea Alden is another new cast member, who will be playing Mackenzie. Her character is ‘an artsy and witty girl who isn’t afraid to speak her mind.’ Chelsea is from Southern California, and she is best known for her TV roles. She was featured in last season of American Horror Story: Roanoak, as well as Grey’s Anatomy, Speechless, and The Ranch. She is also has a role in the breakout Sundance film The Tale alongside Laura Dern.

Allison Miller is also going to be featured, but not as a student. Her character Sonya is ‘a smart and ambitious young litigator.’ Miller was born in Italy, and her career has been impressive leading up to 13 Reasons Why. She was the lead in Syfy’s Incorporated, as well as starring in Selfie, Terra Nova, King, and the teen classic 17 Again alongside Zac Efron.

Samantha Logan is another new face. She is going to be playing Nina, ‘a well respected track star with a secret.’ Logan is a 21-year-old from Boston, MA. She is known for her previous roles on 666 Park Avenue, The Fosters, General Hospital, Teen Wolf, Melissa & Joey, and guest-starring on NCIS and Law & Order.

Anne Winters is going to be an interesting new presence as her character Chloe is described as ‘the beautiful “it girl” at Liberty High and the new head cheerleader.’ Winters is a 23-year-old from Dallas, TX. Her previous credits include Tyrant, The Fosters, Wicked City, and the Awesomeness TV-series Zac & Mia.

Kelli O’Hara will be featured as Jackie ‘a warm, intelligent, passionate advocate for victims of bullying.’ O’Hara’s casting is big news because she is a major Broadway star who won a Tony for her performance in The King & I. It will be exciting to see this Broadway diva bring her talents to the realism of 13 Reasons Why.

There will be two new additions as coaches, played by Ben Lawson and RJ Brown. Lawson is going to play Rick, ‘the beloved baseball coach at Liberty High’ while Brown will play ‘Caleb, Tony’s boxing trainer, a fierce competitor and dedicated coach, but out of the ring he has a warm smile and a wry sense of humor.’

Jake Weber, Brenda Strong, and Meredith Monroe are joining as parents. Jake Weber and Brenda Strong will play the parents of Bryce, and they are sure to feature heavily in a season that will reportedly focus on the repercussions from Bryce’s rape spree. Meredith Monroe is going to be joining as Alex’s mom, ‘a hardworking nurse and devoted mother’.

Anyone who has watched 13 Reasons Why in the last little bit will have noticed the new warning that plays in front of the episodes. This will also play in front of the season 2 episodes. It states: "13 Reasons Why is a fictional series that tackles tough, real-world issues, taking a look at sexual assault, substance abuse, suicide, and more…If you're struggling with these issues yourself, this series may not be right for you, or you may want to watch it with a trusted adult." Netflix is also continuing to add content to their companion site 13reasonswhy.info.

With the tapes finished, a big question looming over the new series is simply – how is it going to function? Hannah’s tapes were such an integral part of the show’s structure, without them, everything is going to be different. But no worry, Netflix has assured the fanbase there will be a new narrator. Who that narrator will be, is the question. Will it be series lead Clay, suicide victim/survivor Alex, rape-survivor Jess, or someone we haven’t even met yet?

Everything We Know About 13 Reasons Why Season 2

In season two, gender dynamics are going to continue to be a focus of the show. Specifically, Netflix tweeted that ‘the season will explore “the way we raise boys up into men and the way we treat girls and women in our culture – and what we could do better in both cases.’

Brian Yorkey told the audience at a recent Netflix panel: "There are other people who might want to tell [the story] differently or who are players in that story who might have a different perspective on some of those events…Season 2 will see us look at a lot of the events that we think we know how they went down and maybe learn they're more complicated than we first thought, and that Hannah herself is even more complicated than we saw in Season 1."

It seems very likely Skye will be a love interest. Dylan told Seventeen: "I can’t say too much, but Skye is still around and in the picture and there’s a chance that her and Clay could be friends or more…That’s something you’ll learn pretty quickly when the season starts. I don’t want to spoil that for you, but she’s around."