25 Things You Didn’t Know About Lizzo 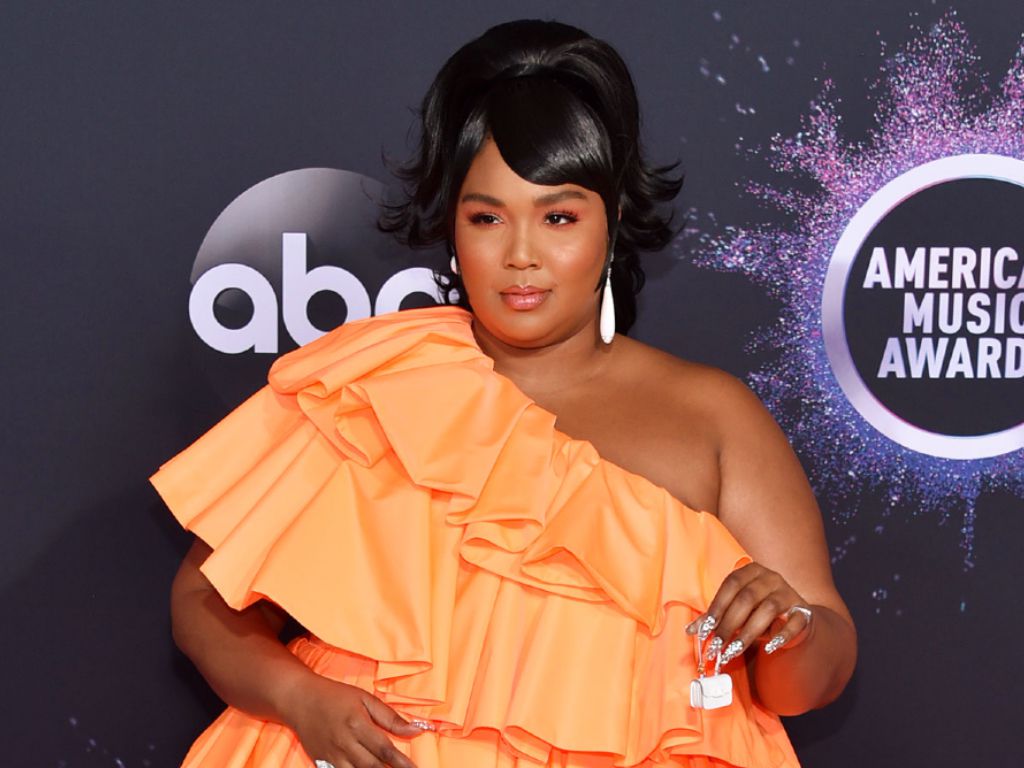 2019 has been the year that everyone fell in love with Lizzo. The singer's infectious and catchy pop tunes had the world dancing this year. But who is Lizzo? Melissa Viviane Jefferson or "Lizzo" has been everywhere as of late but do we really know her? We deep dive and scour the internet for all of the most interesting facts about everyone's new favorite pop star.

Lizzo is a the stage name of Melissa Viviane Jefferson but how did she get her name? Lizzo is a nickname of Melissa, stemming from "Lissa" and getting inspiration from Jay-Z's "Izzo (H.O.V.A.)". She created the name while she was in a music group with her friends called Cornrow Clique back when she was in seventh grade.

Her First Gig Was From Craigslist

Lizzo booked her first gig thanks to Craigslist. She auditioned to be the singer of a rock band that she found on Craigslist. She ended up getting the gig and joining the band. Nice to know that Craiglist can be pretty cool and not creepy sometimes!

Lizzo has lived in a quite a flew great places and cities but considers Minnesota as the place where she started her career. She actually collaborated with Prince, the King of Minneapolis himself, on his 2014 album Plectrumelectrum for the song "BoyTrouble."

"Good As Hell" Was Released on a Soundtrack

"Good As Hell" may have been everyone's anthem in 2019 but it actually isn't as new of a song as you may think. The song was originally released on the "Barbershop 3: The Next Cut" movie soundtrack. It was then rereleased in 2019 after her single "Truth Hurts" became such a hit.

Lizzo is a curvy woman and she likes her dancers to be curvy, too. All of her backup dancers are beautiful, curvy, pluz-sized women. Lizzo calls them The Big Grrrls which perhaps is homage to her second album called Big Grrrl Small World.

Lizzo Made History at FIT

FIT, the Fashion Institute in New York City, has a Future of Fashion runway show every year and in 2018 the show and Lizzo made history. She sported the first plus-sized outfit made for the event. Lizzo walked the runway in an excellent multi-colored bodysuit created by FIT alum Grace Insogna.

She was in Many Girl Groups

Lizzo may have found her first gig on Craigslist but she was actually a part of multiple groups and bands in the last decade. She founded five different hip hop girl groups called: The Chalice, Grrrl Party, The Clerb, Ellypseas, and Absynthe, until she eventually decided to roll solo and become the Lizzo we know her as today.

Lizzo made her first acting debut doing voice over for several characters on Brad Neely's Adult Swim show called "Brad Neely's Harg Nallin' Sclopio Peepio." Her silver screen debut was portraying the voice of Lydia in "UglyDolls" which was released in theaters this past summer. She finally made her official, face-on-screen acting debut in the film "Hustlers" also released this year.

Lizzo Wants to Do the Super Bowl

When it was announced that the Super Bowl would take place in Minnesota, where Lizzo originally got her start, fans took to Twitter to campaign for the star. They created the hashtag #WeWantLizzo. Although she wasn't chosen, she did respond on twitter with several ideas for her half time show which would include: a tribute to Prince, an epic sing-along of her hit single "Good As Hell" as Juicy Lucy burgers fall from the sky, and hundreds of women running onstage in underwear that transforms into nude bodysuits.

She Traded Hard Lemonade for a Collaboration

When Lizzo was trying to get her start in her solo career, she had some trouble finding producers to collaborate with. So, she tweeted out her frustrations saying she wished she could afford a Lazerbeak beat, and he ended up responding to her tweet by saying: "Just give me a case of Mike's Hard Lemonade." He then worked with her on her debut solo album in 2013, which was titled Lizzobangers.

She was a huge anime fan growing up and still is. As a child, she decorated her room with Sailor Moon decorations and now she dresses as her on stage (pictured above). Just last year her and her backup dancers dressed as the character for the New Orleans' Voodoo Music and Arts Experience. But Sailor Saturn is actually her favorite character.

Lizzo Doesn't Ascribe to Anything

Lizzo shared in an interview for Teen Vogue that she doesn't see herself as a particular sexuality or gender. "When it comes to sexuality or gender, I personally don’t ascribe to just one thing," Lizzo explained, "I cannot sit here right now and tell you I’m just one thing. That’s why the colors for LGBTQ+ are a rainbow! Because there’s a spectrum, and right now we try to keep it black and white. That’s just not working for me." She still ascribes to she/her pronouns but doesn't mind they/them either.

Lizzo defended Nickleback on a Canadian news network music show called CBC Music's Jam or Not a Jam. They played "How U Remind Me" for her and she went on to say "I feel like Nickelback gets way too much shit, I think that this is a jam." She enjoyed the melody and the hook, she just isn't a fan of the lead singer's blonde perm.

In an interview with People this year, she confessed that she almost quit in 2017. “The day I released ‘Truth Hurts’ was probably one of the darkest days I’ve had ever in my career. I remember thinking, ‘If I quit music now, nobody would notice. This is my best song ever, and nobody cares,'” Lizzo recalls. But because people around her kept telling her to rally she kept it up, and thank goodness she did!

Back in 2015 before she was on the top of the charts she actually opened for the punk girl band Sleater-Kinney. It was their reunion tour and honestly the two were a great combo. Both the band and Lizzo are active feminists and great role models for young girls. Many of the shows ended up selling out.

Lizzo was a Guest on "Drag Race"

Lizzo was a guest on the hit reality competition show called "RuPaul's Drag Race" back in 2018. She was a fan of the show and was excited to be on. In addition to being a guest judge, two of the bottom drag queens had to lipsync for their lives to Lizzo's hit "Good As Hell."

Lizzo attended and graduated University of Houston in Texas. She studied classical music with a a focus on playing flute. She even recently visited her alma matter to check in. She was born Detroit, Michigan but moved to Texas at age 10 with her family. Shortly after graduating, she moved to Minneapolis in 2011.

Lizzo Lived in Her Car

After her father died when she was 21, Lizzo lived out of her car for a year. It was during the period of her life after she finished college, shortly after she moved to Minnepolis. She then tried to put all of her energy in breaking into the music industry. In just a few years she went from homeless to a millionaire.

Before signing with Atlanta records, she actually had two other albums released on independent labels. Her debut Lizzobangers was released in 2013 on Total Gross National Product but was re-released on Virgin Records in 2014. Her second album Big Grrrl Small World was released on BGSW in 2015. In 2019, her third album Cuz I Love You was released on Atlanta Records.

The line "I just took a DNA test, turns out I’m 100 percent that bitch" actually originated from a tweet written by singer Mina Lioness in 2017. It became a popular meme, and Lizzo saw the meme and added it to her song. "I later learned that a tweet inspired the meme. The creator of the tweet is the person I am sharing my success with," Lizzo explained.

DNA Test Line was Used in More than One Lizzo Song

Lizzo’s song "Healthy," written in 2017 with brothers Justin and Jeremiah Raisen, also used the "I just took a DNA test, turns out I’m 100 percent that bitch" line. The Raisen brothers actually fought with Lizzo and felt they should also have writing credit on "Truth Hurts" because of that line but Lizzo explained they had nothing to do with that phrase.

Lizzo's Not Huge Into Movies

Lizzo did a twitter Q&A with some fans back in May. A fan asked her what her favorite movie of all time was and she explained that she's not into movies that much but did mention that "The Lion King" and "Friday" were up there as a few favorites.

In the Twitter Q&A she was also asked what was her favorite song on her latest album Cuz I Love You and she explained that her favorite is "very controversial" and it actually is "Cuz I Love You." She also mentioned she is obsessed with "Soulmate," "Heaven Help Me," and "Lingerie."

Lizzo named her flute Sasha and she actually gave Sasha her own instagram account. The account is called "sashabefluting" which is similar to Lizzo's "lizzobeeating" handle. It currently has over 300k followers which is way, way more than most real people let alone inanimate object accounts.