33 Deceased Celebrities Who Left Us Too Soon

Whitney Van Laningham
33 Deceased Celebrities Who Left Us Too Soon May 31, 2017 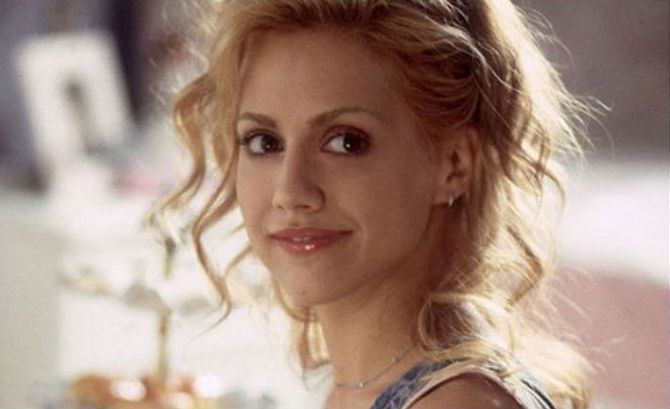 It's heartbreaking when one of your favorite celebrities dies. But do you know what's even sadder? When you forget that a particularly beloved star is no longer with us, and then something reminds you they're gone. Two or three times every year, I remember that Michael Clarke Duncan died. And then I have to mourn his loss all over again. Plus, I feel guilty when I forget that a certain celebrity has passed on, only to stumble upon their Wikipedia page. And I start crying about their untimely death all over again. So why not get all those tears out at once? Read on to remind yourself of the gone-too-soon celebs you'll never again forget to remember.

Cory Monteith's body was found alone in a hotel room in Canada on July 13, 2013. The cause of death was ruled as an overdose. The actor was found with a deadly combination of heroin and champagne in his system. Monteith was best known for his role as Finn Hudson on "Glee."

In 2009, Brittany Murphy collapsed in her bathroom at age 29. Doctors ruled her death a combination of pneumonia, anemia and too much over-the-counter cold medicine. But when Murphy's widower, Simon Monjak, died five months later, another investigation concluded that the couple's cause of death might have been toxic mold poisoning. Murphy's family had her hair tested for drugs, and the test came back positive for heavy metal poisoning. Some still believe that Murphy's death was the result of foul play. Murphy is best known for her roles in "Just Married," "Uptown Girls," "Clueless" and "The Ramen Girl."

When an improperly loaded prop gun went off on set of "The Crow" in 1993, Brandon Lee was struck in the abdomen and killed by the dummy bullet. Lee is mainly known for his work in that film, as well as for being the son of famed martial artist Bruce Lee.

After filming her music video for "Rock the Boat" in 2001, Aaliyah boarded a charter plane to return from the Bahamas to the United States. Unfortunately, the plane crashed shortly after takeoff, killing everyone on board. In addition to her music career, Aaliyah is best known for her role as Akasha in "Queen of the Damned."

Jonathan Brandis hanged himself in his apartment building in 2003. Friends close to the actor said that he had been depressed about his writing career not taking off as well as he had hoped. Brandis was best known for his roles on "One Life to Live," "Kate and Allie" and "SeaQuest DSV."

Michael Clarke Duncan passed away after suffering a heart attack in 2012. He is best known for his roles in "The Green Mile," "Talladega Nights: The Ballad of Ricky Bobby" and "The Scorpion King."

After a lifelong battle with substance abuse, Brad Renfro died of a heroin overdose in 2008. He was best known for his role in "The Client," and is commemorated with a tattoo that says BRAD on James Franco's arm.

Known best for his role as Michael Banks in "Mary Poppins," Matthew Garber died in 1976 from complications from hepatitis. His family theorizes that he contracted the disease from eating bad meat in India. He was named a Disney Legend in 2004.

Ryan Dunn posted a picture of himself and a "Jackass" production assistant at a bar drinking before he climbed into his car and sped away. He crashed into a tree at more than 130 mph, killing himself and the PA. He was best known for performing ridiculous stunts on "Jackass."

In 2009, DJ AM was found dead in his New York apartment with a mostly empty bag of crack stuck to his chest. Medical examiners said he died of an overdose of cocaine, oxycodone, hydrocodone, lorazepam, clonazepam and alprazolam, i.e., a cocktail of coke, opiates, and anti-anxiety medication. He was best known for his music, especially the album on which he collaborated with Samantha Ronson.

Although he played Alfalfa in "Our Gang," Carl Switzer always had a reputation for playing cruel, borderline sociopathic pranks on his fellow cast members. In 1959, Switzer was killed when he showed up at an acquaintance's house, demanding that the man return his $50. Switzer was shot after pulling out his knife and threatening the man.

Rob Ford was the controversial mayor of Toronto, Ontario, Canada, who became infamous for his drug use and otherwise hard-partying ways. However, Ford's death at the young age of 45 wasn't a result of misadventure, but cancer.

Ashleigh Aston Moore was a child actress known best for her role in Now and Then. She died from pneumonia and bronchitis in 2007. But she'll live on forever in our memories as the younger version of Rita Wilson in that movie.

Paul Gleason passed away in 2006 after a battle with lung cancer caused by asbestos. He's best known for his role in "The Breakfast Club."

Lisa Robin Kelly was known best for her role as Laurie Foreman on "That 70's Show," but tragically passed away in 2013 while in rehab. The cause of death was ruled an accidental overdose, but her husband still filed a suit for negligence against the rehab facility.

Best known for his role as Uncle Phil on "The Fresh Prince of Bel Air" and the as the voice of the villain Shredder on the original "Teenage Mutant Ninja Turtles" cartoon series, James Avery died during open heart surgery in 2013.

In 2013, Richard Griffiths passed away due to complications following open heart surgery. He is best know for playing Uncle Vernon Dursley in the Harry Potter films, as well as King George in Pirates of the Caribbean: On Stranger Tides.

Sean Penn's younger brother passed away from a heart attack in 2013. Many suspect that his death was due to his weight. He's best known for his roles in Footloose, Reservoir Dogs, Rush Hour, and Kiss Kiss Bang Bang.

Gary Coleman's death came as no surprise to those who had been following his health issues over the years, but his passing was a huge blow to fans nonetheless. Coleman suffered from a severe kidney disease that stunted his growth and plagued him with heath issues for the duration of his life. In the months leading up to his death, he had several documented seizures and other trips to the hospital to deal with his declining health. He ultimately died from a head injury after suffering a seizure and falling at home. Many conspiracy theorists believe that his ex-wife, Shannon Price, killed him.

Jurassic Park star Richard Attenbourough passed away at the age of 90, just a few days shy of his 91st birthday. He died of natural causes.

Natasha Richardson, Liam Neeson's late wife, passed away due to a severe head injury after running into a tree while snow skiing.

Thuy Trang, best known as the Yellow Power Ranger, tragically died in a car accident. She and model Angela Rockwood were driving back from a late night visit to Rockwood's maid of honor in her upcoming wedding - Trang was to be a bridesmaid in the ceremony - when a drunk driver struck their vehicle, causing their car to roll over. She died before she could reach the hospital for medical attention, and Rockwood became a quadriplegic.

This 19 year old America's Next Top Model contestant was shot and killed in a drug dispute gone wrong shortly after the show's finale aired.

Dominique Dunne was known best for her role in Poltergeist. After the film's release, she and another actress in the film both died tragically, and their deaths were dubbed "the Poltergeist curse," in the media. Dunne was strangled to death outside of her apartment by her abusive ex-boyfriend, John Sweeney. Sweeney only served 3 years in prison for murdering Dunne.

Known best for his role in Disney's The Famous Jett Jackson, Lee Thompson Young died from a self-inflicted gun shot wound to the head. He was supposed to shoot an episode of Rizzoli & Isles, but when he didn't show up for work that morning, his co-workers became concerned. His body was found later that day.

Judith Barsi was a child actress who voiced Ducky in The Land Before Time, as well as Anne-Marie in All Dogs Go to Heaven. As her career sky rocketed, her father became increasingly depressed and violent towards his wife and daughter. After abusing his daughter and wife for years and threatening to harm them, he shot Judith in her sleep and killed his wife shortly after. He hung around the house for two days afterwards before killing himself and lighting the place on fire.

Heather O'Rourke was another actress who tragically passed away after the release of the Poltergeist films. Her doctors initially thought that she had Crohn's Disease, but that turned out to be a misdiagnosis when she collapsed at home due to cardiac arrest caused by septic stenosis.

Three years before his death, Bernie Mac announced that he suffered from a condition called sarcoidosis that causes tissue inflammation in the body. The sarcoidosis frequently plagued his lungs, and Bernie Mac died in 2008 due to complications from pneumonia related to his chronic disease.

After falling ill during a rehearsal for his television show, 8 Simple Rules for Dating My Teenage Daughter, John Ritter was taken to the hospital, where he was misdiagnosed with a heart attack. He actually had aortic dissection, which can occur when a tear happens in the aorta, resulting in blood flowing between the walls of the aorta, causing the layers to peel apart. Ritter died during surgery to repair the dissection a few days later.

Hill, known for her role in "National Lampoon's European Vacation" as well as for providing many different voices for various children's cartoon series, passed away at the young age of 32. Hill had suffered from diabetes all her life, and eventually died after slipping into a diabetic coma and sustaining a massive stroke.

After playing Linda McFly in Back to the Future, Wendie Joe Sperber's career skyrocketed. She unfortunately died of breast cancer right before an episode of American Dad she had voiced was supposed to air. The creators of the show renamed her character after her in memorial.

This young Star Trek actor was unfortunately killed when his Jeep Grand Cherokee malfunctioned and pinned him between his mailbox and his security gate. Doctors report that Anton Yelchin died within a minute due to being crushed by the car.

Comedian and TV writer Harris Wittels died from a heroin overdose in 2015, two months shy of his 31st birthday. Wittels wrote for several award-winning and beloved TV series, including "The Sarah Silverman Program," "Parks and Recreation," "Eastbound and Down" and "Master of None." His untimely passing was a huge blow to the comedy world.