Where Are They Now? ‘90s Supermodels

Sarah Knieser
Where Are They Now? ‘90s Supermodels August 30, 2019Leave a comment 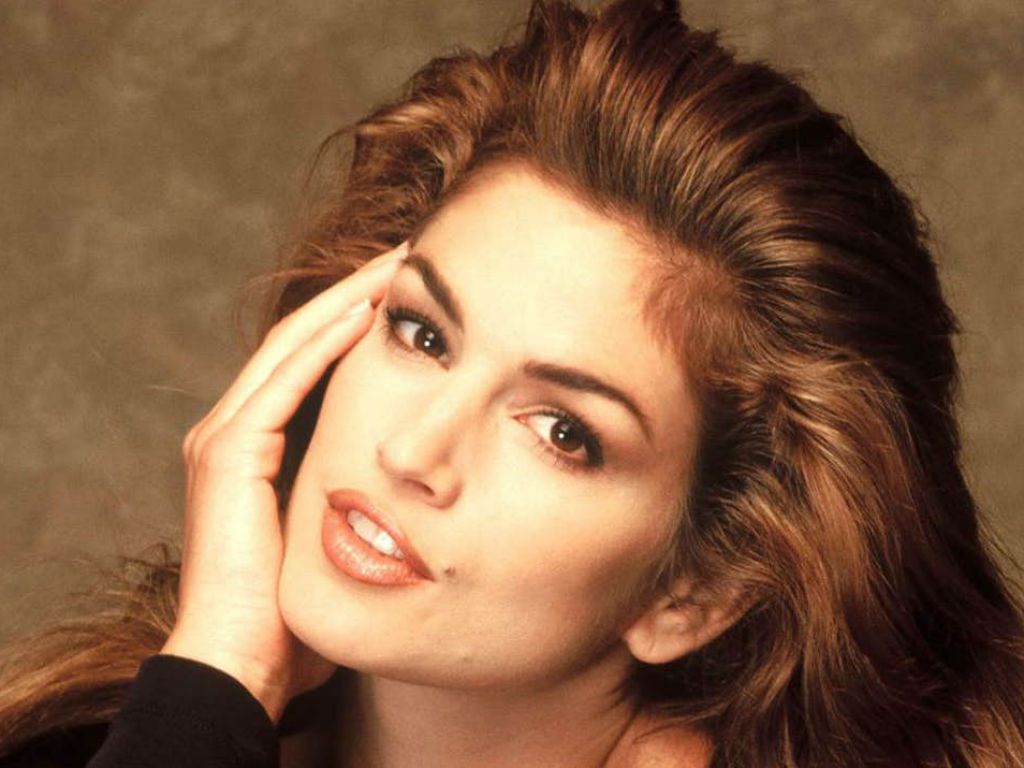 In the ‘90s the word supermodel found its meaning. A new wave of strong, independent and feisty women came onto the scene to completely transform the fashion industry forever. These women changed culture with just a look and a pose and even as they age they haven’t lost any of their iconic looks.

Campbell was discovered when she was 15 while studying ballet in London and by the age of 16, she was already appearing on the covers of magazines. She became the first African-American model to cover French Vogue and Time magazine. While she was at the height of her fame, she was seen dating famous men like Mike Tyson, Eric Clapton and Robert DeNiro.

Campbell has never strayed from the public eye and her modeling career is as strong as ever. She continues to walk runway shows for labels like Zac Posen and she has appeared in ad campaigns for Burberry and Agency Provocateur. Campbell has also dipped her toes in the acting world, with appearances on “American Horror Story: Hotel” and “Empire.”

Christy Turlington was discovered at age 14, while she was horseback riding. In the ‘90s, she was part of the supermodel ‘trinity’ (which also included famous faces Naomi Campbell and Linda Evangelista) as one of the most popular models of the decade. During that time she was the face of brands such as Calvin Klein, Chanel, Missoni and Valentino.

Turlington has come a long was since her modeling days. After studying comparative religion and Eastern philosophy in college, she went on to gain a master’s degree in public health. With her knowledge, she has also served on Harvard’s Global Health Council and produced a documentary with her husband about at-risk pregnant women around the world. She currently runs two activewear brands and an all-natural skincare line.

After starting to model in her early teenage years, Evangelista was scouted by an agent at a Miss Teen Niagara contest and the rest is history. But, her career didn’t reach superstardom until she took the advice of famed photographer Peter Lindbergh and cut her hair into its famous bob. She famously confessed that she wouldn’t “get out of bed for less than $10,000 a day.”

After retiring for a few years in the French Riviera, Evangelista returned to modeling and continues to appear in campaigns for Moschino and Dolce & Gabbana. In September 2016, Evangelista reunited with her fellow ‘90s supermodels Christy Turlington and Naomi Campbell to appear in a campaign for the Elephant Crisis Fund.

In the ‘90s, Cindy Crawford was a household name. Her modeling career started in the ‘80s and in the next decade, she appeared constantly on runways, red carpets, and magazine covers. Her most memorable looks were a red Versace gown at the 1991 Oscars (on the arm of then-husband Richard Gere) and those jean shorts in her unforgettable 1992 Pepsi commercial, which aired during the Super Bowl.

Today Crawford leaves most of the modeling to her daughter, Kaia Gerber, who has already made a name for herself in the modeling world with her signature looks, inherited from her mom. The two have even appeared together on the cover of Vogue in 2016. Crawford has also recreated her classic Pepsi commercial on an appearance on “The Late Late Show with James Corden.”

Schiffer’s life changed forever when she met a modeling scout at a disco in Germany who convinced her to move to Paris to start a career in modeling. Since then, she has covered over 500 magazines and was chosen by Karl Lagerfeld to be the face of Chanel.

Today, Schiffer is married to director Matthew Vaughn and the two have three children together. She continues to model part time for brands like Ferragamo, Alberta Ferretti and Yves St. Laurent. Her prolific career earned her the record for the model who has appeared on the most magazine covers.

With her waif-like figure and striking features, Kate Moss helped mold the “heroin chic” look of the ‘90s which forever claimed her place in fashion history. She was discovered at just 14-years-old and soon skyrocketed to fame starring in Calvin Klein ads, dating actors like Johnny Depp and becoming known as the “anti-supermodel” of the moment for representing a style unlike other models of that time.

At 45, Moss is still modeling and she was recently named one of the highest paid models in the business with estimated earnings of $9.2 million a year. She has also tried her hand at another aspect of the fashion world, designing. She has released two collections for Topshop which included clothes, bags, shoes and belts.

While she was in high school, Tyra Banks landed a contract with a modeling agency and by the time she graduated, she was well on her way to stardom. Banks booked 25 runway shows during her first modeling season and her popularity gave her opportunities in acting and hosting. Banks was the first woman to ever appear on the cover of the Sports Illustrated Swimsuit Issue.

Today, Tyra is more known for her hosting roles than her modeling past. Banks hosted her own talk show for 5 years and hosted “America’s Next Top Model” for 23 seasons. After her successes in many endeavors, Banks accepted a position as a personal branding teacher at Stanford University to teach students how to build a career as she did.

Stephanie Seymour started modeling in the ‘80s and had a successful career throughout the ‘90s. She was the face of brands like Valentino, L’Oreal and Almay. She also posed for the magazines Sports Illustrated and Playboy. During that time she dated Guns N’ Roses frontman Axl Rose and appeared in two of the band’s music videos.

Seymour still works as a model at 50-years-old and she has had success in many other endeavors. Seymour launched a lingerie line called Raven & Sparrow in 2017 which features high-end, vintage inspired pieces. She was also recently named a global spokesmodel for Estée Lauder.

Harlow was discovered at a concert for The Cure and began modeling straight out of high school, eventually appearing on numerous magazine covers, editorials, and in runway shows for designers like Alexander McQueen, Chanel, Marc Jacobs, and Versace. Her modeling career soon transformed into an acting career with her first role in the 1997 film “In & Out.”

Harlow maintained her modeling career and made headlines when a video of her dancing at a Versace photoshoot went viral in 2018. She returned to the catwalk in 2019 for a Versace show after a seven year absence from the runway. She has recently appeared in campaigns for Tiffany & Co., Chanel Skincare, and Banana Republic’s “Mad Men” collection.

Helena Christensen’s modeling career started in the pageant circuit after she won the Miss Copenhagen competition and went on to represent her country in Miss Universe. Her modeling career led her to appear in ad campaigns for Chanel, Versace, Prada and Victoria’s Secret. She rounded out the ‘90s by helping to found Nylon magazine.

Since her modeling career took off, Christensen has been a success in many endeavors. She has started working more often behind the camera, with her photography appearing in magazines like Marie Claire, Elle and Nylon. Looking back, she said, “I was always absorbing whatever was going on around me, and then I used that for my photography career.”

Amber Valletta rose to fame quickly in the ‘90s, covering thirteen issues of Vogue and representing brands like Giorgio Armani, Chanel, Gucci, Versace and Prada. Valletta was known for her cool and effortless style on and off the runway. She and fellow model Shalom Harlow hosted the MTV show “House of Style” from 1995 to 1996.

Today, you might recognize Valletta more for her acting roles than her modeling career. She has appeared in the movies “Hitch,” “What Lies Beneath” and “The Spy Next Door.” Valletta occasionally returns to modeling, walking the runway for shows in New York, Milan and Paris. She also appeared as a judge on a recent episode of “RuPaul’s Drag Race.”

Elle Macpherson was known in the modeling world for her incredible figure, so much so that she was given the nickname “the body.” She appeared on the cover of the Sports Illustrated Swimsuit Issue a record five times. In the ‘90s, she walked the runway for designers like Ralph Lauren, Christian Dior and Calvin Klein.

Macpherson has gone on to have a successful acting career, acting alongside Ben Stiller and Sarah Jessica Parker in the film “If Lucy Fell” and appearing in a recurring role on the show “Friends.” And her incredible professional pursuits haven’t squashed her personal life. She recently appeared in Vogue with her two sons and continues to model, showing that “the body” can still turn heads!

In the ‘90s, Heidi Klum was best known for her work as a Victoria’s Secret Angel and her appearances on the cover of the Sports Illustrated Swimsuit Issue. During her modeling days, she was featured on the cover of French, German, Portuguese and Spanish Vogue magazines.

Klum is best known today for her television appearances. She was the host and executive producer of “Project Runway,” for which she was nominated for six Emmy awards. She has also hosted, judged and co-produced “Germany’s Next Topmodel” for over a decade. She has also delved into the world of acting, with appearances on “Sex and the City,” “How I Met Your Mother” and “Parks and Recreation.”