Beloved Actors Who Surprisingly Have Never Won An Oscar 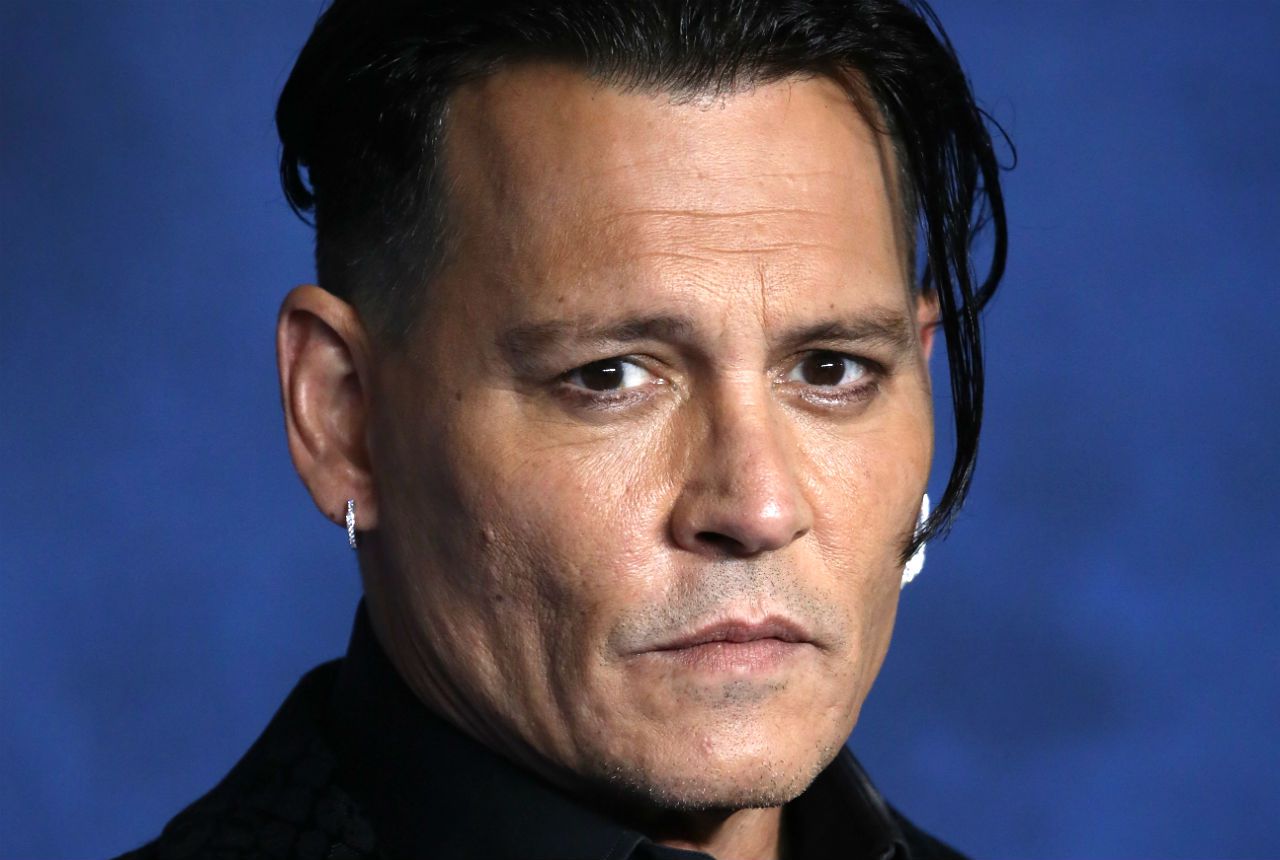 Sometimes it feels like it's always Meryl Streep winning an acting award of some kind. Sadly, lots of other talented actors who’ve never won an Oscar. But we keep our fingers crossed ever awards season that one of favorites will finally win. So, hopefully, this will be the year for some of the stars on this list of actors who have never won an Oscar.

The Hollywood goddess was nominated for an Oscar six times since 1983. But her work for hits like “The World According to Garp” and “The Natural” never earned her a win. But this year, she’s nominated for her work in “The Wife.” Will she finally end her losing streak? We're definitely keeping our fingers crossed for you, Ms. Close.

Idris Elba was on “The Wire.” You might have seen him in “Star Trek Beyond.” He was also in “Thor: Ragnarok,” "The Dark Tower,” and “The Mountain Between Us” to name a few. But despite the academy’s most diverse event yet, Elba’s name is nowhere in sight.

Johnny Depp can transform himself into anything for various roles. It’s why he’s been nominated for Best Actor for “Pirates of the Caribbean,” “Finding Neverland,” and “Sweeney Todd: The Demon Barber of Fleet Street.” Still, the man hasn’t taken home an Oscar yet. He didn’t earn a nomination this year either. But if anyone deserves one just for being an all-around awesome actor, it’s Depp.

It’s downright shocking to hear that Amy is among the actors who’ve never won an Oscar. She’s been nominated five times, but has left empty-handed every single time. She did an incredible rendition of Lois Lane in “Superman Returns.” Surely, she deserves better, right? But since she’s nominated for her work for “Vice,” 2019 could be the year Adams finally gets to put an Oscar on her shelf.

Fiennes received a nom for Best Actor in “The English Patient,” and Best Supporting Actor in “Schindler’s List.” But Harry Potter fans are probably more familiar with Fiennes thanks to his stellar performance as Voldemort. Unfortunately, none of these roles earned him a win. But this year he won’t be on the edge of his seat wondering if he won because he wasn’t nominated for an Oscar in 2019. Seriously, what are they waiting for?

Robert Downey, Jr., is best known as Tony Starks, aka “Iron Man.” But he’s never won an Oscar in his career. He did get a Best Actor nom for 1993’s “Chaplin” and a Best Supporting Actor nom for “Tropic Thunder.” But this year, he's going to have to settle for watching the event from home because he didn’t get a single nom.

If you’ve seen Toni Collette play multiple personalities in “United States of Tara,” then you know this gal can act. She received a nomination for her role in “The Sixth Sense.” But she didn’t win. So, fans were rooting for her to get a nomination for “Hereditary” this year. But that simply wasn’t meant to be.

The “Independence Day” star is best known for his role in the hit sitcom “The Fresh Prince of Bel Air.” He’s managed to stay in the spotlight with films like “Ali,” which earned him a Best Actor nomination. But he’s earning zero recognition at this year’s Oscars. We’re sure this is only a temporary setback...not that he'd even notice. Smith's career and even his personal life have only blossomed with time.

Bradley Cooper has starred in comedy hits like “The Hangover.” But the Academy nominated him for best actor for “Silver Linings Playbook,” and Best Supporting Actor in “American Hustle.” He also got a Best Actor nom for “American Sniper.” But this year, he stands a good chance of winning an Oscar for acting and directing “A Star Is Born.” Here's hoping Cooper has a major milestone to celebrate this year.

In 2011, Jessica Chastain received a nomination for Best Supporting Actress for “The Help.” But the Oscar went to her co-star Octavia Spencer. She also got a Best Actress nomination for “Zero Dark Thirty.” The film itself won Best Picture, but Chastain got nothing.

“Lord of the Rings” Gandalf The Grey never won? We only wish this was a bad joke. He did get a nom for his magical role in 2001. But he’s never won an Oscar. And 2019 will not be his year as he’s not on the list of nominees either. But at least he has the satisfaction that he was once knighted by the Queen. So, he can probably brush off the Academy’s snub.

She played Tina Turner in 1994’s “What’s Love Got to Do With It” and got nominated for her role. She’s recently appeared in megahit movies like “Black Panther.” She's also been popping up on the TV screen on shows like “American Horror Story” and “9-1-1,” so we really don't understand why she’s been snubbed by the Oscars this year. The woman's a goddess!

You might know him for his role in films like “Reservoir Dogs,” and “Fargo.” And despite being one heck of an actor, he hasn’t won an Oscar. In fact, he’s never been nominated either. And 2019 won’t be any different as he’s not on the list of nominees. That being said, we're sure someone as iconic as Buscemi does not need the validation, though.

Naomi Watts received a Best Actress nomination for her role in “The Impossible.” In the film, she played a woman who was caught in the 2004 tsunami that hit the Pacific Basin. But she lost the Oscar to Jennifer Lawrence for her role in “Silver Linings Playbook.” Hopefully, she earns an Oscar in 2020 because she got tsunami’d by the Academy in 2019.

Edward Norton’s knocked our socks off since his first film “Primal Fear” hit the theaters.  He received a Best Supporting Actor nomination in that film as well as in “Birdman.” He also got a Best Actor nom for “American History X.” But so far he’s batting zero in Oscar wins and he’s not on the list for this year either. Seriously, what are the higher-ups at the Academy Awards thinking?

The “Ghostbusters” actor got a nom for the Best Actor Award for his role in “Lost In Translation” back in 2003. But Sean Penn took the trophy instead of him. Supposedly, Murray was so certain he'd take home the Oscar, that when he heard Penn's name being called out, he froze and didn't even applaud. Wow. We know. To this day, Murray hasn’t won an Oscar. To add insult to injury, he’s not on the list of nominees this year either.

The “Dawson’s Creek” alum and Heath Ledger’s widow received a nom for Best Actress for “My Week With Marilyn” and “Blue Valentine.” She also earned a nomination for Best Supporting Actress for “Brokeback Mountain” and “Manchester By The Sea.” But we’re sure she’d like to earn an Oscar someday.

Bratt Pitt may be a Hollywood legend, but he hasn’t won an Oscar in the acting category yet. He was nominated for Best Actor in “Moneyball” and “The Curious Case of Benjamin Button.” He also got a Best Supporting Actor nom for “12 Monkeys.” He’s not on the list for 2019. But we’re sure he’s happy he collected an Oscar when “12 Years A Slave” won Best Picture in 2012. FYI, he produced the film.

Most of us know her as Ripley from the “Alien” franchise. She got a nomination for Best Actress for the sequel, “Aliens,” but didn’t win. She also received several nominations for Best Supporting Actress for “Working Girl” and a Best Actress nom for “Gorillas in the Mist.” But this year she received nothing. Whoever’s in charge of nominating celebs is obviously a resentful xenomorph.

Meg Ryan’s charming performance in “Sleepless in Seattle” and “When Harry Met Sally” simply wasn’t enough to get the Academy’s attention. Then again, according to IMDB, she didn’t star in any movies in 2018 or the two years before that. So hopefully, she’ll get back on the horse soon to get on the Academy’s radar for next year.

We believe the late Alan Rickman did a superb job as Severus Snape in the “Harry Potter” film franchise. But the academy obviously didn’t see it that way. The poor guy didn’t even get a nomination, and sadly, he won’t get the chance to since he passed away in 2016. But if anyone deserves an honorary Oscar, it'd be Rickman.

Michelle Pfeiffer rocked it in “The Witches of Eastwick” and as Catwoman in “Batman Returns.” The Academy saw fit to give her nominations for Best Actress in “Love Field” and “The Fabulous Baker Boys.” She also got a Supporting Actress nom for “Dangerous Liaisons.” But she’s not in the running for anything this year, so it seems like she's nowhere close to getting out of the list of actors who never got an Oscar. Bummer!

Laurence Fishburne is best known for his role as Morpheus in “The Matrix.” But he’s been nominated for Best Actor in “What’s Love Got To Do With It.” Unfortunately, a nom was all he got from the Academy. His low voice and stoic face often make him unforgettable in roles, but the Academy obviously disagrees.

If you watched Laura Linney on the show “The Big C,” then you know this gal deserves an Oscar. She’s gotten nominations for Best Actress in “You Can Count On Me” and “The Savages.” She also received a Best Supporting Actress nomination for “Kinsey.” But we’ll have to wait a little longer to see if she gets an Oscar. She got nothing for 2019.

Tom Cruise’s name is synonymous with Hollywood. So we’re not surprised he received nominations for Best Actor for “Born on the Fourth of July” and “Jerry Maguire.” He also received a nom for Best Supporting Actor in “Magnolia.” Sadly, he didn’t win. And we’re blown away that he didn’t earn a nom for 2019 either.