The Ultimate Guide To DJ Khaled And Asahd Khaled, The Perfect Father-Son Team 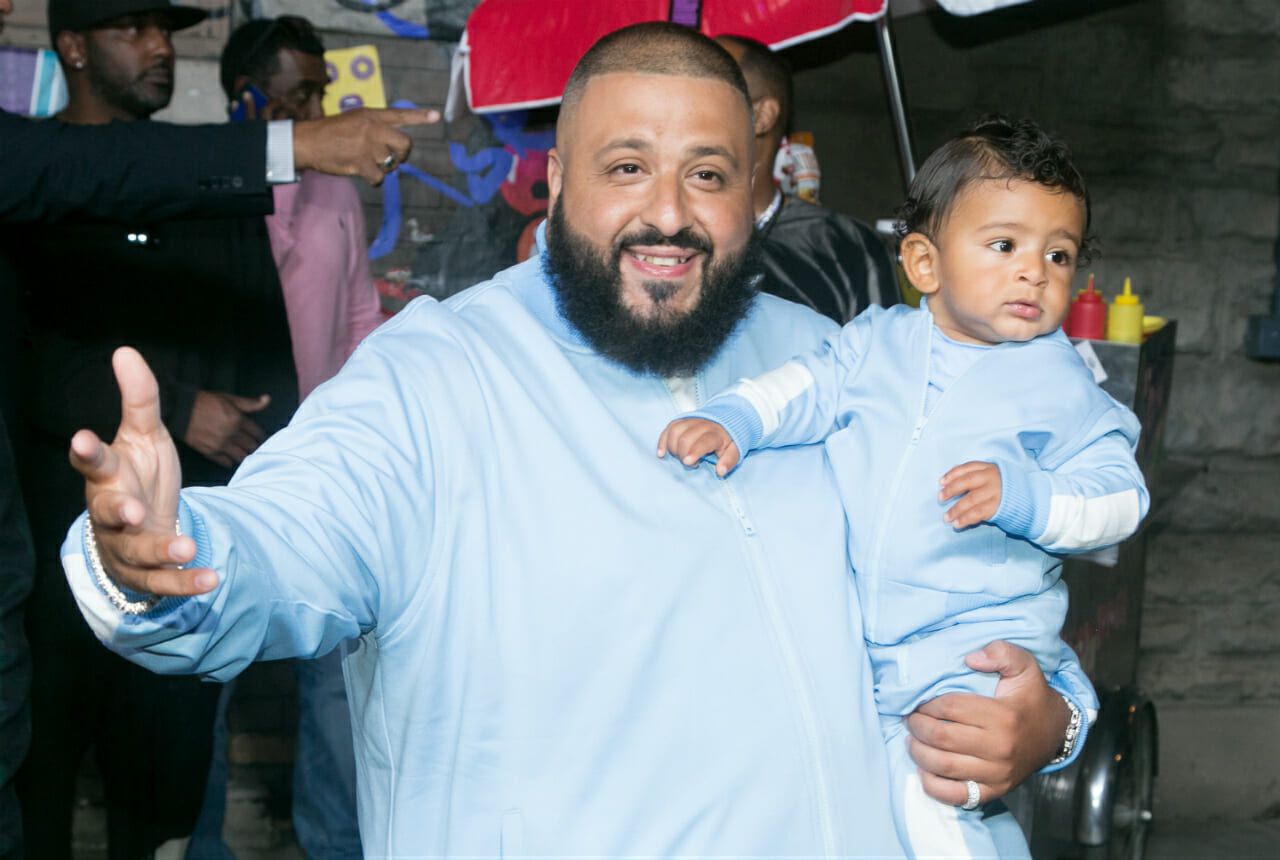 There's no denying that Asahd Khaled is living his best life. Larger-than-life mogul and Snapchat god DJ Khaled has not been shy about his desire to give Asahd a front-row seat to all of life's finer things, from designer duds to executive producing a chart-topping album. Check out the gallery for all of the best pics of DJ Khaled hanging out with his baby boy, matching Gucci slides and all.

Father and son stopped by XXL magazine to snap some photos for their cover feature, matching jumpsuits and all.

DJ and Asahd stop to make an appearance at a #FANLUV gathering in LA. The producer reminded his fans how much he appreciates them, captioning this Instagram pic with: "I LOVE YOU!"

DJ Khaled captioned this sweet candid posted to Instagram with a promise: "I love you so much ! @asahdkhaled ! Imma make a song called I LOVE YOU SO MUCH!!!" Khaled followed through, mixing the track with vocals by Chance The Rapper.

There's nothing like sharing the EP chair (and responsibilities) with your newborn son, something DJ Khaled knows all too well. The two have been known to spend time cutting mixdowns in the lab as they wait for those Drake vocals to drop.

With the kind of wealth that the Khaled boys boast, it's no surprise that they stopped for a photo op at the New York Stock Exchange with the Get Schooled Foundation.

Just because Asahd can't talk yet doesn't mean he can't sit with his dad for a few interviews promoting his new album "Grateful."

Captioned "hanging wit my daddy," a newborn Asahd spends some quality time cuddling with his daddy on their plush couch.

WE THE BEST MUSI– er, FAMILY. Asahd and his parents share a sweet, intimate moment in the crystal clear waters of the Bahamas.

Private: It's The Only Way To Fly

DJ Khaled was very vocal about his son giving him the courage to finally fly after a decade of letting his fear keep him grounded. Here, the two get ready to hit the sky in style.

We're still trying to figure out the best part of this photo. Is it the matching father/son satin blue suits? The mini throne? The lion?

Sun's Out, Guns Out

Every baby has a private workout with their dad and comedian Kevin Hart, right?

DJ Khaled isn't one of those rich and famous celebs who lets their nanny do all of the parenting. Khaled's hands-on approach to daddy duties means he's there for the dirty diaper lows and the playtime highs.

Khaleds who play together stay together. The two went on a much-needed vacation to celebrate their album "Grateful" becoming RIAA-certified platinum.

As captioned by the big man himself, "My best friend ! Real friend ! MY SON !" There's no denying these two are comfortable with some low-key cuddling.

Never to be outdone, Asahd rolled up to the VMA red carpet pre-show in a $2,000 custom Gucci suit. Confidently held by his award-nominated daddy, the two were camera-ready all night long.

The famous father-and-son team lent their time and star power to the Hand In Hand hurricane relief telethon. The benefit, which boasted dozens of A-listers, raised more than $44 million for the victims of hurricanes Harvey and Irma.

Fun In The Sun

For all the hours spent in the studio executive producing his dad's new album #GRATEFUL, even Asahd needs to relax once in a while. Captioned by Khaled Sr. himself, "Everyday fun day!"

DJ Khaled doesn't believe there's such a thing as "too young" for cultivating fine music taste. He played Biggie's music for Asahd who of course "vibed" to it.

Asahd and DJ Khaled are just checking up on their "I'm The One" collaborator, Chance the Rapper and having some #clothtalk.