Paul Ciampanelli
These Are Probably the Most Awkward Pics of Celebrities With Fans You’ll Ever See May 15, 2017 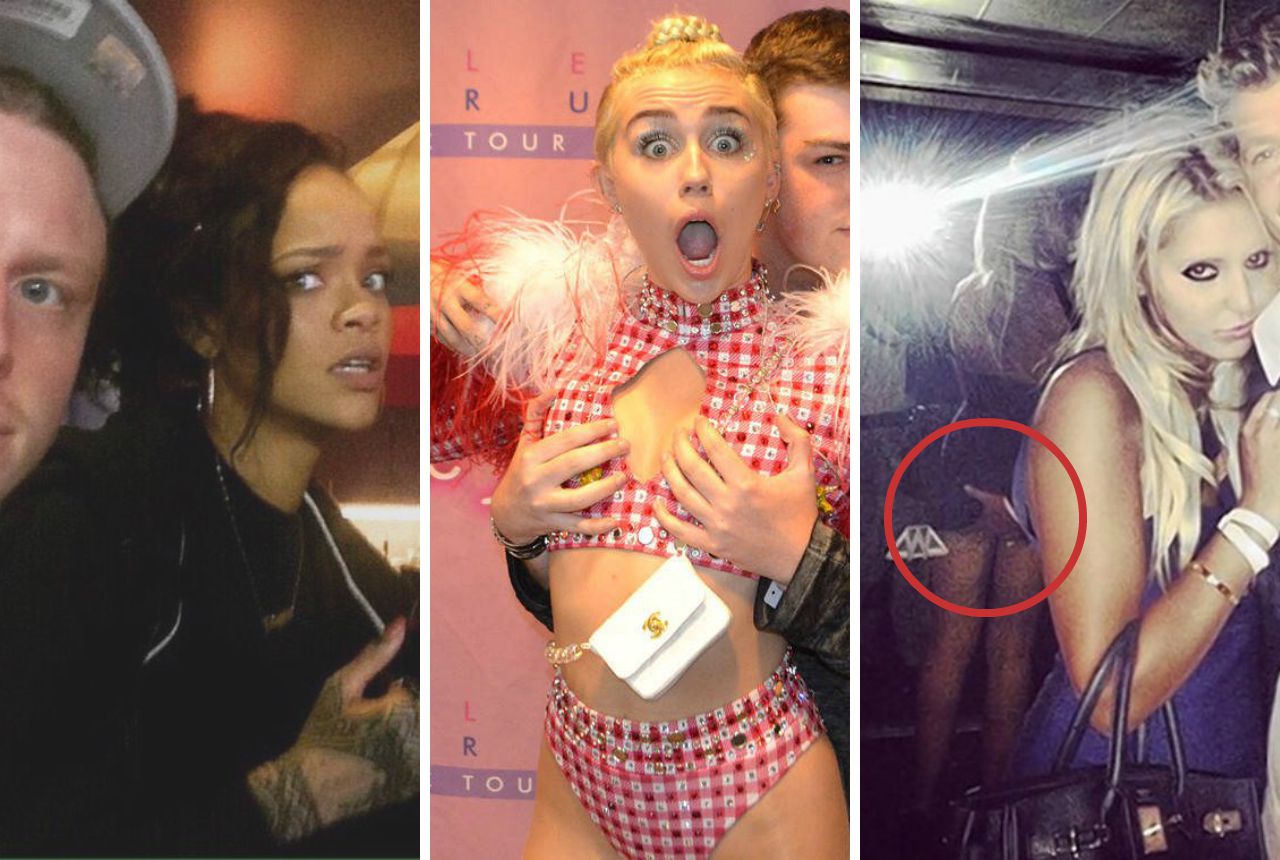 They say you should never meet your idols. Here's all the evidence you need for why that's good advice.

This Dude and Kim Kardashian

Actually, this one's not awkward at all. Kim seems friendly, the fan seems happy and respectful. Kim Kardashian FTW!

This Fellow and Avril Lavigne

Avril Lavigne is widely considered the queen of awkward meet-and-greet pics. She has a strict "no touching, stand over there" policy to keep at bay an armada of fans who paid $360 to meet the dubiously talented pop star. So punk rock!

These Cats and Tom Hanks

By all accounts, Tom Hanks is one of the nicest guys in Hollywood. But even he would like to be able to pop into Radio Shack to buy an HDMI cable without getting jumped by selfie stalkers.

This Guy and Summer Glau

This Man and George Clooney

Let this be a lesson to you: Think twice before you take a photograph of your face next to the most handsome face in the world.

This Girl and Robin Thicke

This Kid and Britney Spears

Britney, if you twist your neck any harder, we're going to have to take you to the emergency room.

This Creep and Miley Cyrus

This picture was taken way back when Miley was still down with hip-hop, but she's just not with that anymore, you guys.

This Lady and Nic Cage

"OK, I'm going to take one more, Mr. Cage. This time, can you give me a little Ben Sanderson at the end of 'Leaving Las Vegas'?"

This Buddy and Jessica Nigri

It wasn't a hover hand until she cringed away from it so hard that she almost broke her back.

This Chick and Justin Bieber

Mr. Bieber brilliantly executing the very opposite of a hover hand.

This Chap and Christopher Reeve

Christopher Reeve is making the exact face you would make if some nerd rolled up on you like, "I wear this T-shirt every day just in case I might meet you!" and then you take a picture with him while thinking to yourself, "I studied theater at Julliard."

This Lad and Megan Fox

Aw, remember this classic meme from 2009? The unfortunate photo made it look like Megan Fox was snubbing an adoring 11-year-old fan, but she never even knew he was there. She later apologized, and the kid got to meet her.

This Nerd and Mark Hamill

Mark Hamill hardly looks his best in this pic, and yet his big fan is making a face that says, "I'd better do something to make sure people can tell who's the fan and whose the celebrity here."

This Chief and Luke Perry

This guy thinks he's totally a Dylan McKay, but he's Steve Sanders through and through.

This Gal and Russell Brand

Apparently, this picture happened when she leaned in to grab the book Brand signed for her, and he thought she was going in for a kiss. Celebrities—They’re Exactly Like You and Me! They're awkward AF.

This Boss and Rihanna

THIS DUDE: Hey, Rihanna, can I get a picture real quick? RIHANNA: No. Please leave me alone. THIS DUDE: Haha, just real quick.

This Bro and Tim Tebow

That baby is allergic to hype.

This Pal and Hugh Grant

You know what the best time to muscle your way into a photo with a celeb is? When you're so crisp and they're straight-up bedraggled. "Hey, Instagram, check out who's better looking than Hugh Grant right now."