Whatever Happened To The Cast Of “Big Time Rush”? See What They’re Up To Today.

Camila Villafane
Whatever Happened To The Cast Of “Big Time Rush”? See What They’re Up To Today. April 23, 2018 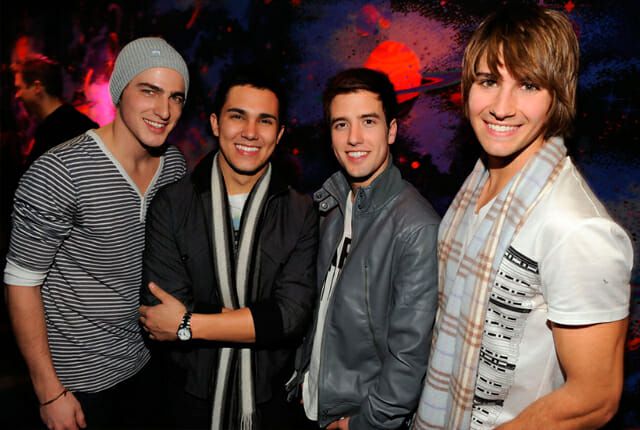 The Big Time Rush cast: Where are they now?

Big Time Rush (aka Logan Henderson, James Maslow, Kendall Schmidt, and Carlos Pena Jr.) stopped performing music in 2013. But while they were together, the group was the ultimate American pop music boy band. Nickelodeon simultaneously signed the band to a record deal and a banging new TV series titled, fittingly enough, Big Time Rush. And the show ran for four seasons, amassing a legion of dedicated fans. So where’s the ultra-popular band and the whole Big Time Rush cast now? If that’s your question, we’ve got the answers you want. But here’s a spoiler alert: They’re all still as cute as ever.

Whoa! What a Big Time Rush!

“Big Time Rush” wasn’t just the name of the band. It was a series on Nickelodeon that run from November 28, 2009 until July 25, 2013, which focused on the mishaps of four Minnesota hockey players named Kendall Knight, James Diamond, Carlos Garcia, and Logan Mitchell who were also, (you guessed it!) trying to start a boy band.