Celebrities Who Hate Each Other And Aren’t Shy About It

Camila Villafane
Celebrities Who Hate Each Other And Aren’t Shy About It March 14, 2018 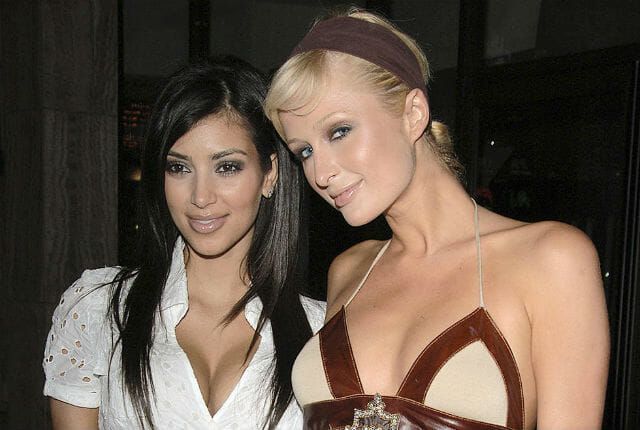 We'd like to believe that all of our favorite celebrities are beyond petty beefs. After all, they are rich and famous, and therefore our betters. So the squabbling that goes on every day for peasants like you and me shouldn't affect Hollywood stars. But fame and fortune can't change human nature, and it sure hasn't with the celebs on this list. So while some of these stars may have started out as friends, they went all high school and turned into celebrities who hate each other.

In 2017, Rob posted nude pics of Chyna, accused her of being a drug user, and claimed she was a cheater on his Instagram. Chyna fired back, claiming he was abusive and took out a restraining order. But the two reached a custody agreement for their child, Dream, and things have cooled off since.

Parker and Cattrall have been feuding since season two of "Sex and the City". Parker got a huge money raise and Cattrall didn't. Tension rose between the cast. In February 2018, Parker was heartbroken after hearing Cattrall say that they were never friends and to leave her alone.

The musicians couldn't agree on a musical direction for Guns N' Roses, which only got worse when Slash did a guitar solo for Michael Jackson's "Black or White" in 1991. Rose, claimed to have been molested as a child, and took Slash's collab with the King of Pop, as a betrayal. Slash was eventually canned.

The feud began in 2013 when Perry allegedly poached a trio of Swift's dancers in the middle of her Red World Tour. Later on, Perry released the song "Swish, Swish," a song that many assumed was a response to Swift's "Bad Blood" song, which may have allegedly been a jab at Perry. The hate is strong on these girls.

Fans freaked when Kim posted a nude wax figure pic of Taylor used in Kanye's "Famous" video. In the lyrics, Kanye said Swift might still have sex with him because he made her famous. Swift's song "Look What You Made Me Do," indirectly dissed Kanye, and was the source of Kim's fire.

Kim and Paris had been friends from an early age. But in 2008, fans started focusing more on Kim and less on her, and Paris didn't like that. She was also quoted for saying that she wouldn't want Kim's butt because it was "gross." Hilton even walked out of a GMA interview when asked about Kim.

Tara Reid told "TMZ on TV" that the two starlets,"don't like each other that much." She added that when "I get drunk, I'm a happy drunk. When she gets drunk, she&amp;amp;acute;s just mean." Reid is allegedly pissed that Lohan has gotten so many chances, while Reid herself didn't when she partied hard.

Swift was understandably pissed when Kanye interrupted her acceptance speech at the VMAs in 2009. While they seemed to have put their differences behind, she asked to be excluded from Kanye's "Famous" music video. Needless to say, he didn't, so she fired back in her single "Look What You Made Me Do."

At least the singers are open about being celebrities who completely hate each other. Minaj told MTV "I'm not f*cking putting up with her f*cking highness," in reference to Carey. And Carey claimed "it was like going to work every day in hell with Satan," when discussing what it was like working on "American Idol" together.

After finding out that The Rock had signed on to a "Fast and The Furious" spinoff, Gibson got mad and directed all of his anger towards The Rock. He even went as far as saying that he wouldn&amp;amp;acute;t be in the next film if The Rock was in it. As of November 2017, all is supposedly good though, but the hate was sizzling hot.

<p>&lt;p&gt;&amp;lt;p&amp;gt;Cabello quit Fifth Harmony in 2016, but in 2017, she told Billboard she left the band because she had issues singing "other people's words," which pissed off the other members. Then at the MTV VMA Awards, Fifth Harmony booted a cardboard image of the fifth member "into outer space" in their opening act. Snaaap.&amp;lt;/p&amp;gt;&lt;/p&gt;</p>

<p>&lt;p&gt;&amp;lt;p&amp;gt;The feud between Carey and J Lo appears to exist mostly in the minds of fans. But in the early 2000s, Mariah Carey said, "I don't know her," when a reporter asked her to give her opinion about J Lo. Years later, J Lo was caught checking her social media while Carey performed at the Billboard Music Awards. The shaaaade.&amp;lt;/p&amp;gt;&lt;/p&gt;</p>

<p>&lt;p&gt;&amp;lt;p&amp;gt;Banks went on Twitter and accused Malik of stealing some of her ideas for his music video, "Like I Would," which she claimed resembled her video for "Yung Rapunxel" in 2016. She also used homophobic and racial slurs and got her account suspended. Malik tweeted, "why you been saying nasty things about me?" to which she replied with countless hateful Twitter messages.&amp;lt;/p&amp;gt;&lt;/p&gt;</p>

<p>&lt;p&gt;&amp;lt;p&amp;gt;In 2009, Perez Hilton was attacked outside a nightclub in Toronto by Will.I.Am. Perez went on Twitter and posted all about the incident. Will.I.Am responded and said that he did not attack Perez, and that Perez called him a homophobic slur. In the end, it turned out that it was Will.I.Am&amp;amp;acute;s bodyguard who assaulted Perez.&amp;amp;nbsp;&amp;lt;/p&amp;gt;&lt;/p&gt;</p>

<p>&lt;p&gt;&amp;lt;p&amp;gt;In 2014, Bieber attempted to flirt with Miranda Kerr, who's Bloom's ex. This led to a face off in Ibiza, Spain, when the 37-year-old "Pirates of the Caribbean" actor tried to punch the then 20-year-old musician. Celebs like Alysa Milano took sides tweeting #TeamOrlando. Talk about burn, baby!&amp;lt;/p&amp;gt;&lt;/p&gt;</p>

<p>&lt;p&gt;&amp;lt;p&amp;gt;When Banks ranted against Malik, 14-year-old Disney Channel star Skai Jackson tweeted that she needed "to simmer down a little". Azealia responded with "and you need to grow some hips and start ur menses. Stay in a child's place." This led to a bitter exchange that lasted for hours and hours.&amp;lt;/p&amp;gt;&lt;/p&gt;</p>

<p>&lt;p&gt;&amp;lt;p&amp;gt;In 2013, Black Keys drummer, Patrick Carney was asked by TMZ if he felt snubbed for not getting a Grammy nomination when Justin Bieber did. His response was that Bieber was a "f*cking irresponsible a**hole".&amp;amp;nbsp; Bieber responded on Twitter with "The Black Keys drummer should be slapped around."We're dying to see you try, Biebs.&amp;lt;/p&amp;gt;&lt;/p&gt;</p>

<p>&lt;p&gt;&amp;lt;p&amp;gt;Of all the celebrities who completely hate each other, this beef was the most epic among all. Production shut down in 2011, when Sheen threw anti-Semitic shade at the "Two and a Half Men" creator, Chuck Lorre on a radio interview show. This lead to his dismissal, which only made him angrier.&amp;amp;nbsp;&amp;lt;/p&amp;gt;&lt;/p&gt;</p>

Ryan Murphy And Kings Of Leon

<p>&lt;p&gt;&amp;lt;p&amp;gt;Kings of Leon shot down Ryan Murphy's request to use their song on "Glee," and Murphy went on a shady rant. Nathan Followill, the band's drummer suggested that he should buy a bra, get a manicure, and should see a therapist. But later apologized after Murphy accused him of being homophobic as hell.&amp;lt;/p&amp;gt;&lt;/p&gt;</p>

<p>&lt;p&gt;&amp;lt;p&amp;gt;Eminem insulted Carey in "Bagpipes from Bagdad," with lyrics like "Nick Cannon, I wish you luck with the f*cking whore." Mariah replied with the single "Obsessed," which has a male stalker dressed like Eminem. The rapper responded with his diss track "The Warning" suggesting the two were an item, something she still denies to this day.&amp;lt;/p&amp;gt;&lt;/p&gt;</p>

<p>&lt;p&gt;&amp;lt;p&amp;gt;Rock and Lee had a feud brewing for more than five years. Lee apparently wrote some sh*tty things via text to Rock. The two made their feud go public during a live taping of the MTV VMA&amp;amp;acute;s in 2007. Rock punched Lee and they were both escorted out. They also ruined Alicia Keys' solo, FYI.&amp;amp;nbsp;&amp;lt;/p&amp;gt;&lt;/p&gt;</p>