Celebrities Who Have Literally Saved People’s Lives in Real Life 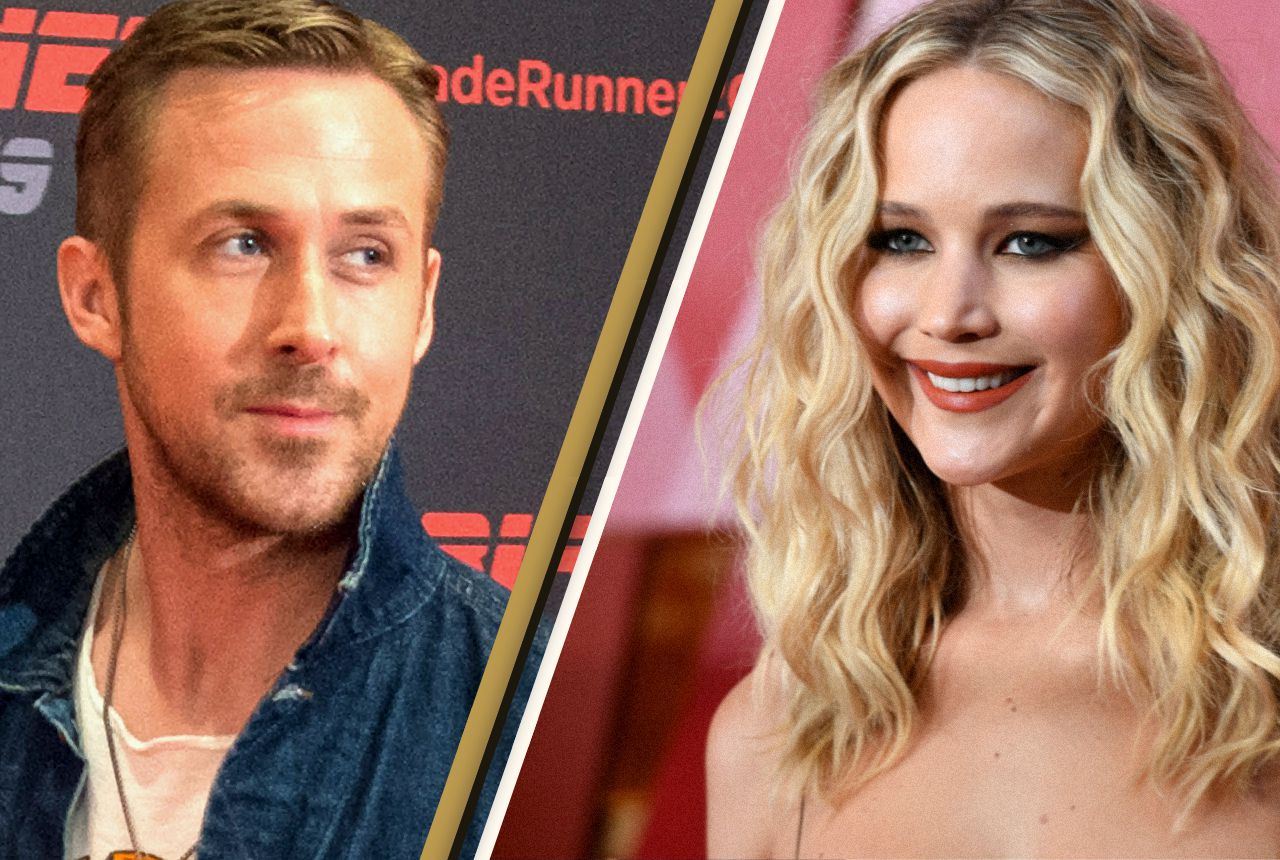 By sacrificing their time and personal safety, these stars reached down from their ivory towers to help those less famous than themselves. Like, imagine not only meeting a celebrity, but owing them your life. Check out this collection of celebrities who have actually saved people's lives for real...

Back in 2012, Jennifer Lawrence, the breakout star of the "Hunger Games" films stopped to help a stranger in need. When a woman collapsed outside of her Santa Monica apartment complex, Lawrence both attempted to provide aid and called paramedics for medical assistance. Also, Lawrence stayed by the woman's side until emergency crews arrived on the scene.

[dx_custom_adunit desktop_id="RTK_K67O" mobile_id="RTK_5yk0"] Back in 2016, Oscar winner Jamie Foxx saved the life of a man whose car crashed and caught fire in front of the actor's home. "I don't look at it as heroic," said Foxx. "I just look at it as...you just had to do something."

Thankfully, Patrick Dempsey put his on-screen medical training as McDreamy to work when a teenager crashed his car in front of the actor's home. Using a crowbar and a fire extinguisher, Dempsey pulled the teen to safety before calling paramedics to the scene.

Jack Osbourne, Reality star and son of shock rocker Ozzy Osbourne proved that he's not just another spoiled Hollywood rich kid. Back in 2012, Osbourne helped to save a woman from drowning who suffered a heart attack while swimming in Hawaii. Thankfully, Osbourne and a friend pulled the stranger to safety before alerting emergency medical professionals.

[dx_custom_adunit desktop_id="RTK_K67O" mobile_id="RTK_5yk0"] Involved in a three-car crash in early 2018, Wilson put his own shock aside and helped a woman trapped inside of her BMW in the immediate aftermath of the accident. With the help of another witness, Wilson carried the woman to safety and away from the scene of the horrific crash that left one man dead.

"True Blood" star Ryan Kwanten sprang into action after spotting a man covered in blood openly suffering in the middle of a Hollywood street. After alerting the authorities, Kwanten stayed by the man's side until paramedics rushed to the scene and whisked him away to a nearby hospital.

Thankfully, actress Mila Kunis' quick thinking helped to save the life of a man completing construction work on her home. After the man collapsed from a violent seizure, Kunis rushed to his side, had a friend call 911 and ensured that he would not choke on his own blood and saliva or swallow his tongue while seizing on the ground.

[dx_custom_adunit desktop_id="RTK_K67O" mobile_id="RTK_5yk0"] While not directly saving the victim's life in this situation, actor Tom Cruise certainly helped to ease their suffering. After witnessing a hit-and-run accident, Cruise attempted to track down the offender and graciously paid the hospital bill of the stranger who suffered sustained injuries from the incident.

To rapper T.I. Harris, turning your back on a suicide victim just isn't an option. Along with saving the life of Creed frontman Scott Stapp, T.I. helped to literally talk down a man from threatening to jump off of the ledge of an Atlanta building.

Harrison Ford definitely puts his training as a helicopter pilot to good use. Back in 2000, the "Star Wars" actor provided his services free of charge to a rescue mission aimed at saving the lives of two hikers stranded at the top of Table Mountain in Idaho.

[dx_custom_adunit desktop_id="RTK_K67O" mobile_id="RTK_5yk0"] Thankfully, actor Clint Eastwood is as much of a badass IRL as he is on-screen. While at a 2014 PGA Tour party, Eastwood noticed a man choking on his dinner. Thinking quickly, the actor performed the Heimlich maneuver and saved the man's life by dislodging the piece of food.

Believe it or not, but "Community" actor and comedian Ken Jeong is actually a licensed medical doctor. During his stand-up routine, Jeong noticed that a woman in the crowd seemed to be suffering from a seizure. Hopping down from the stage to provide assitance, Jeong stabilized the woman until medical teams arrived on the scene.

Unlike other celebs, actress Demi Moore doesn't write off fan/critic comments on social media as simple trolling. Springing into action, Moore contacted the police to help track down a fan who had sent her a message threatening sucide. Thankfully, the Moore stan was taken into custody for a full psychological evaluation as a result of Moore's careful attention.

[dx_custom_adunit desktop_id="RTK_K67O" mobile_id="RTK_5yk0"] "NCIS" star Mark Harmon doesn't just hang back IRL and wait for the professionals to save strangers in trouble. When two teenage boys were trapped in their car after getting into an accident in front of Harmon's home, the actor used a sledgehammer to free them from their burning vehicle and dragged them to safety.

Garth Brooks doesn't take the "no man left behind" philosophy lightly. Back in 2000, the country music hitmaker sprang into action when a grass fire broke out in rural Oklahoma. Heroically, the celeb returned to the scene of the flames to help evacuate multiple strangers from the path of destruction.

Long before he wed Meghan Markle, Prince Harry was doing the most to prove that he deserves the title of America's favorite royal. During a 2012 polo match, Harry used his medical training to ensure the safety of a player who had been knocked off his horse and lost consciousness. Thankfully, the Brit was able to keep the man stable until a full medical crew arrived on the scene.

[dx_custom_adunit desktop_id="RTK_K67O" mobile_id="RTK_5yk0"] Who would have thought that Simon Cowell's infamous barbed tongue would actually do some good for his victims? After informing "X Factor" participant Jacqui Gray that her voice sounded like she was "choking on something," the aspiring singer heeded Cowell's advice and went the doctor for a checkup. Surpringly, it was soon discovered that she suffered from a life-threatening lung infection.

While out and about in London's Hyde Park, Dustin Hoffman rushed to the aid of a man who had collapsed while jogging. Thankfully, Hoffman stayed by the man's side until EMS teams arrived and performed a life-saving procedure at the scene. "I want to say 'Thank you' to Dustin Hoffman," said the stranger after making a full recovery. "He saved my life."

While enjoying her stay at billionaire Sir Richard Branson's Necker Island mansion in the Carribean, British actress Kate Winslet performed an incredible act of heroism. After a fire broke out at the estate, Winslet carried Branson's 90-year-old mother to safety, away from the danger of open flames and smoke inhalation.

When actor and certified heartthrob Ryan Gosling sees trouble brewing IRL, he doesn't flee the scene. Back in 2011, the celeb broke up a fight between two strangers on the streets of NYC, inserting himself into the middle of the action and stopping the fight from escalating into a deadly brawl.

On Aug. 7, 2019, actor Danny Trejo, 75, was driving his car in Los Angeles when he watched the sedan next to him run through a red light and plow into a Ford Explorer. Trejo and another witness jumped into action and ran to the Explorer where a child was in the backseat. The two men extracted the child from the vehicle kept the little one calm until firefighters came to help the driver and her mother, who also was in the SUV.