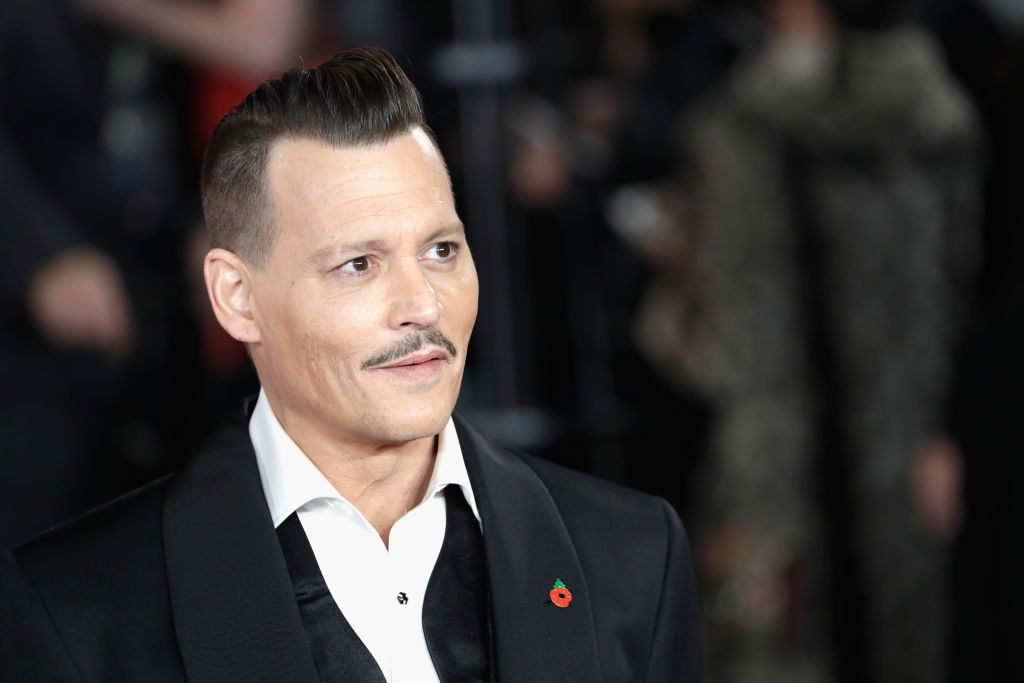 Celebrities are always in the spotlight. And most of the time it's for the purpose of promoting a television or movie project. Other times, it's to celebrate a great moment in their lives like a marriage or the birth of a child. But sometimes, stars are in the news for some f---ed-up reasons. But you and I can be honest with each other. These kinds of scandals are the reason we like paying attention to famous people in the first place. Because their lives are such hot messes. So here are some celebrities who have been in the news for reasons that absolutely insane.

The "Smallville" actress was part of a self-help group called NXIVM DOS, which turned out to be a sex-trafficking cult ran by founder Keith Raniere, who was arrested in March of 2018. Members are allegedly called slaves and reports stated that Mack, who could get arrested, was second-in-command of this group.

[dx_custom_adunit desktop_id="RTK_K67O" mobile_id="RTK_5yk0"] We know celebs Photoshop their pics, but Kim Kardashian was called out over a bathroom selfie she posted on April 4, 2018, where she modeled a Calvin Klein bra and undies. "The doors curve on the bottom left," one fan wrote. But she'll probably laugh this off like she did her last Photoshop scandal...and the last one...and the last one.

While playing the game "Spill Your Guts or Fill Your Guts," James Corden asked Perry to rank how good her past lowers were during sex. She ranked John Mayer first and Orlando Bloom second. But the game was being live streamed to promote Perry's album "Witness" and fans felt her ranking was in poor taste.

Penn's Son Is In the Pen

It's too early to tell if Sean Penn's son, 24-year-old Hopper will go to the penitentiary after a Nebraska State Patrol trooper arrested him around 3:45 p.m. on April 4, 2018. The trooper stopped Hopper because he failed to signal properly but found him in possession of 3 grams of psilocybin mushrooms, 4 amphetamine pills, and 14 grams of marijuana. That's one heavy party he was planning!

[dx_custom_adunit desktop_id="RTK_K67O" mobile_id="RTK_5yk0"] On October 5, 2017, the New York times wrote a story about film producer Harvey Weinstein being involved in several, (and I mean SEVERAL) sexual harassment allegations. Actresses like Rose McGowan went on a rampage against Weinstein, but despite apologizing for the pain he had caused, his career took a serious hit.

In 2016, Amber Heard accused Johnny Depp of being physically abusive towards her during their marriage which lasted a mere 15 months. She even released a video which showed Depp having a fit, and later a photo which showed Heard with a black eye, which Depp allegedly gave her.

The stand-up comedian wasn't laughing too much after comedians Dana Min Goodman and Julia Wolov accused him of taking his penis out while they were in his hotel room in 2002. Three other women came forward accusing him of similar actions, which led Netflix and HBO to drop him. He admitted "These stories are true."

[dx_custom_adunit desktop_id="RTK_K67O" mobile_id="RTK_5yk0"] Reality star Rob Kardashian went on an Instagram rant in which he claimed his ex, Chyna did have surgery to get rid of the baby weight, and that she cheated on him (allegedly.) Then he did the worst thing ever, and posted explicit pics of Chyna in bed with rapper T.I., apparently, which led to Instagram deleting his account.

The "Glee" actor shocked fans when the grand jury indicted him on child pornography charges on May 27, 2016, after authorities took control of his laptop and found damning evidence. In 2017, he plead guilty, but was found dead on January 30, 2018. Coroners ruled it a suicide by hanging.

In 2017, comedian Kevin Hart was allegedly extorted money in order to avoid having a video that was sexual in nature from being released. To take the power away from his extortionist, he posted a sad Instagram video where he appeared to admit that he had cheated on his beautiful pregnant wife, Eniko Parrish.

[dx_custom_adunit desktop_id="RTK_K67O" mobile_id="RTK_5yk0"] The incredible stand-up comedian proceeded to cut off President Trump's head off and then took a photo of it. This caught POTUS' attention, as well as the CIA. Then CNN fired her as the New Year's Eve co-host. And Griffin took her stand-up shows abroad until things cooled off. Now she's making a comeback at home, as she's getting back to doing shows in the US.

The "Parks and Recreation" actor was accused by a 23-year-old photographer going by the name of Grace of being sexually inappropriate with her after a date on September 25, 2018. She claimed she was "giving off cues that I wasn't interested." He allegedly didn't get the hint and kept pushing on. "It really hit me that I was violated."

On October 29, 2017, Kevin Spacey tweeted that he was horrified that "Star Trek: Discovery" actor Anthony Rapp accused him of making a pass at him when Rapp was 14. Spacey claimed he didn't remember doing it but apologized and then quickly came out as gay, which critics claimed he did to divert attention for his misconduct. Hmmmm.

A Dance Mom Goes to Jail

Pepsi wanted to "project a global message of unity, peace, and understanding." So they got Kendall Jenner to appear at a protest in one of their commercials. But some people were pissed because it was seen as insensitive to the Black Lives Matter movement, which almost cost Jenner her reputation.

Ryan Seacrest Is Out

No, Seacrest did not come out, but on November 2017, former E! Stylist Suzie Hardy claimed that Seacrest was sexually aggressive towards her and groped her among other things. Her employment ended in 2013, (shocker!) despite her reporting the actions to HR. E! backed up Seacrest saying their initial investigation favored Seacrest.

Ryan Lochte Is a Fish Out of Water

[dx_custom_adunit desktop_id="RTK_K67O" mobile_id="RTK_5yk0"] The U.S. Olympic swimmer claimed that in 2016, he, along with three friends had been robbed at gunpoint at a gas station in Rio De Janeiro, Brazil, and filed a police report. Later he admitted on Good Morning America that he had exaggerated the story. Lochte got suspended and couldn't swim for 10 months.

When Bey released her "Lemonade" album, which talked about a woman who had been cheated on and referred to the other woman as "Becky with the good hair," fans speculated that her husband Jay Z had been cheating on her with the likes of Rita Ora or designer Rachel Roy.

During the series premiere of the rebooted "American Idol" the then-19-year-old Benjamin Glaze stated that he never kissed a girl on the lips and was saving that for a real relationship. Perry, who's a judge, asked him to kiss him on the cheek and then tricked him by turning her head and planting one on the lips.

[dx_custom_adunit desktop_id="RTK_K67O" mobile_id="RTK_5yk0"] Shortly after Angelina Jolie filed divorce papers on September 19, 2016, rumors claimed that Pitt was supposedly drunk and shouting at Jolie while on a private jet. When Maddox allegedly intervened, Pitt smacked him. This is what allegedly caused Jolie to end her union with Pitt. But a video supposedly suggested otherwise.

When sources claimed that Cattrall, who played Samantha on "Sex and the City" refused to do a third film, she clarified that she and her costars were "never friends," and she particularly went after Sarah Jessica Parker after her own brother was found dead and Parker tried consoling her on social media.

Justin Bieber Can't Remember the Words to His Own Song

Of all the celebrities who have been in the news, Bieber always seems to be involved in some scandal. But during the Summerburst Festival 2017 in Stockholm, Sweden, fans were pissed when he couldn't remember the words to the song "Despacito." He ended up dodging a water bottle thrown by a fan. Classy.

[dx_custom_adunit desktop_id="RTK_K67O" mobile_id="RTK_5yk0"] Celebrities who have been in the news for the wrong reasons, but these two artists made the list over the saddest ones. Particularly in this case, where ex Soundgarden singer Chris Cornell died from an alleged suicide in his Detroit hotel on May 18, 2017. A few months later, his friend, Linkin Park singer Chester Bennington died by hanging.