Celebrities Who Have Truly Bizarre Side Jobs

Sarah Knieser
Celebrities Who Have Truly Bizarre Side Jobs September 5, 2019Leave a comment 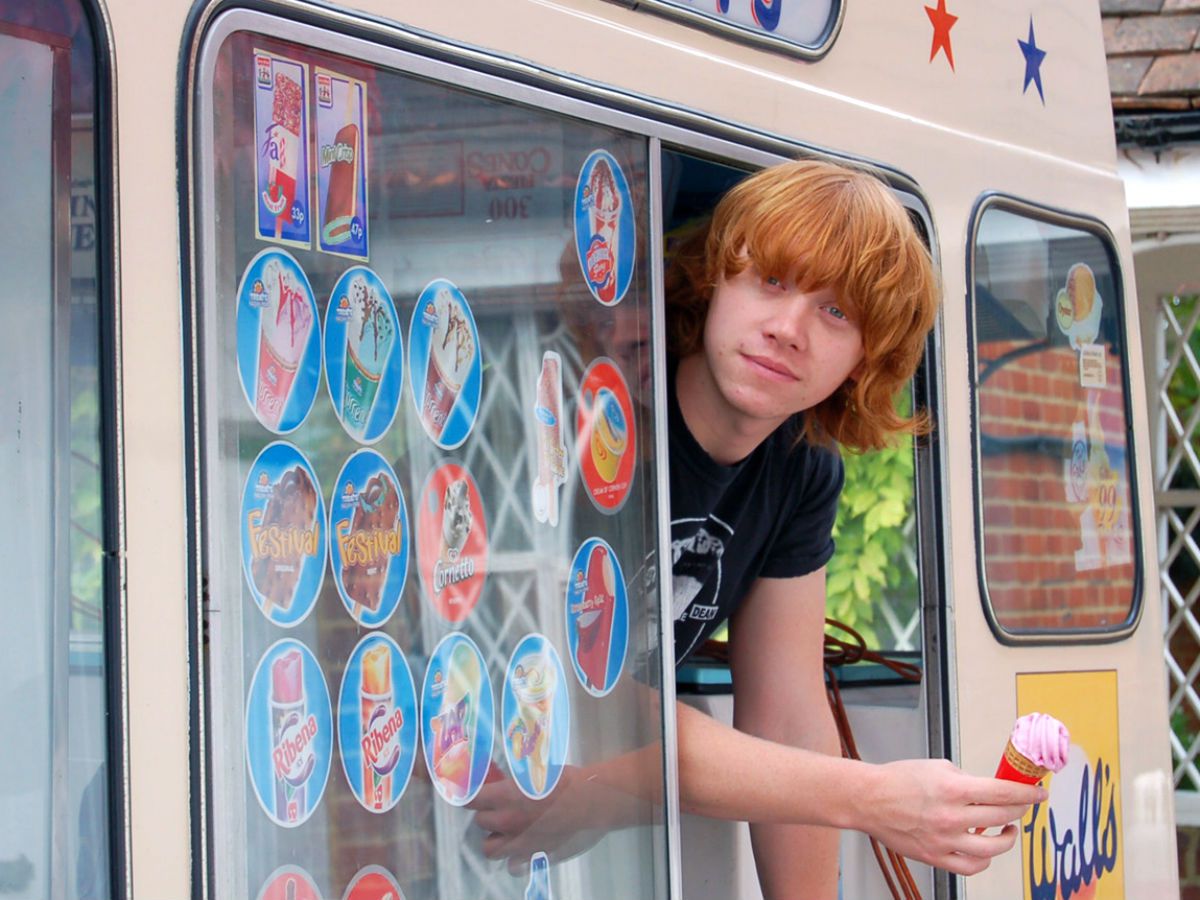 It may seem like celebrities have sources of income that never run dry, but actors and musicians usually hold more than one job at a time to make a living. Some of these celebrities have even used their entertainment profits to start other businesses that have earned them more riches than they started with!

Obviously, Scarlett Johansson has made enough money from her films to live off of, but growing up she wasn’t as fortunate. Her upbringing helped inspire Johansson to strive to new endeavors, which included opening a gourmet popcorn shop in Paris, France called Yummy Pop. The popcorn shop boasts flavors like salted caramel and Nutella.

Nick Jonas of the Jonas Brothers recently partner with menswear designer John Varvatos to create a new brand of tequila called Villa One. Jonas has a personal connection to the product because as a diabetic, he has to watch the sugars in his diet, so all of the sugars in Villa One come from natural sources like agave.

For anyone who has seen his “Parks and Recreation” character Ron Swanson, it may seem obvious that in real life Offerman is adept at building. His woodworking hobby quickly turned into a business after “Parks and Recreation” premiered and now his Offerman Wood Shop offers many products and employs a small team to help sell the handcrafted items.

When Tom Selleck isn’t on set, he is often fixing roads and cleaning brush at his home avocado farm, which is located on over 60 acres of land. But surprisingly, Selleck doesn’t even care for avocados. “I don’t eat ‘em,” he told People magazine. “Honestly, they make me gag.”

Renner continues to fall back on a hobby he started doing while he was still trying to launch his acting career. Renner dabbles in real estate as a house flipper and he likes to think it helps keeps him grounded, saying, “You have a meeting and then you go to a red carpet and between all these things, I’m going to pick out tiles.”

Musician Willie Nelson used his love of environmentally safe products to produce his own brand of biofuel, named BioWillie. The fuel is made of soybean and other vegetable oils and is produced in the United States. Nelson now uses the mix to fuel all of his tour buses when he is performing.

After making a name for himself in his comedic roles, Carell returned to the state he grew up in to purchase a store close to his heart. The historic Marshfield Hills General Store in Massachusetts is in the same town where Carell and his wife spent their summers while growing up.

Longtime actress and “The View” host, Whoopi Goldberg, who has been outspoken about her recent health struggles with pneumonia, is now endorsing new medical marijuana products. The Whoopi & Maya line includes balms, tinctures, sipping chocolates and bath soaks that are infused with marijuana and will be sold at California dispensaries.

Oscar-winner Sandra Bullock has had aspirations of restaurant management since her mother taught her how to cook when she was a child. In 2006, Bullock opened her first restaurant, Bess Bistro, in Austin, Texas and went on to open a bakery across the street, Walton’s Fancy and Staple. Bullock’s sister, Gesine, who is a pastry chef, helped create the menu at Walton’s.

Owens, who famously played Elvin Tibideaux on “The Cosby Show” was recently spotted working at a Trader Joe’s in New Jersey by a shopper who posted the photo online. The actor obtained the job during a lull in his career, but luckily the social media attention lead to more acting roles proving that work ethic is important in any industry.

Franco may be best known for his acting roles in films like “127 Hours” and “Pineapple Express” but he also holds a MFA in writing from Columbia University and has studied at Yale University. These educational pursuits lead him to pursue a career as a professor, teaching film classes at high schools and esteemed colleges like NYU, Columbia and UCLA.

After the Harry Potter films wrapped, Ron Weasley actor Rupert Grint used some of his earnings from the films to pursue a childhood dream. The actor now drives an ice cream truck around small villages in England and doles out ice cream for free!

‘80s rock icon David Lee Roth prefers to do his side job anonymously. Before joining Van Halen, Roth worked as a surgical orderly and in 2004, he received his certification as an EMT. He worked this job in New York City for two years before returning to music full time.

Rappers wear a lot of bling, but most of them probably couldn’t tell you where their diamonds came from. Akon used his music earnings to purchase a diamond mine in Africa. Most of the funds from this mine go back into the African communities surrounding it with some funds going directly towards providing electricity by solar energy.

You may know Costner from his roles in major movies like “Dances with Wolves” and “Field of Dreams,” but his focus on the environment has lead him to some interesting career opportunities. Costner now develops oil-water separation machines for the company Ocean Therapy Solutions, who did major deals with BP during their infamous 2010 oil spill.

When Williams isn’t on the tennis court, she’s running her design firm VStarr Interiors. Her connections in the sports world may have helped build her side business, because the interior design firm boasts clients in the NFL and NBA, as well as well-known hotels and production sets.

The ageless Rob Lowe would be doing a disservice to all of humanity if he didn’t share his anti-aging secrets with the world. Luckily, Lowe recently helped produce a skincare line called Profile with products like shaving gels and serums, so we can all have a dip in his fountain of youth.

Since the end of “Malcolm in the Middle,” Frankie Muniz has taken his love of car racing to the next level. He has raced competitively since 2004 and it hasn’t been an easy ride. Muniz said in an interview, “Since 2006, I’ve broken 38 bones."

The bassist of the Red Hot Chili Peppers took up beekeeping as a way to help counteract the dwindling global population of bees. His backyard beehives now boast over 200,000 bees, enough to keep you supplied with a lifetime of honey! He chronicles the daily tasks of beekeeping on his Instagram page.

Rita Wilson - Editor at Large for The Huffington Post

Rita Wilson rose to prominence as an actress in films like “Sleepless in Seattle” and producer of “My Big Fat Greek Wedding” and has stayed in the spotlight with her husband Tom Hanks. Her creative outlets also include writing and she has put that skill to good use as an editor at large at Huffington Post. In her articles, she writes about finding love, friendship and being a grandparent.

Will Ferrell - Founder of Funny or Die

Everyone who has spent time watching funny videos online has probably seen a clip or two from parody video site Funny or Die. But, not everyone knows that the site was co-created by comedic legend Will Ferrell. His name certainly adds credibility to any comedic endeavor.

The reality star and daughter of Lionel Richie delved into her biggest area of interest and established herself as a fashion designer when she founded her clothing line House of Harlow 1960. The line was named after Richie’s daughter, Harlow and quickly grew to sell handbags, fragrances, swimwear and shoes.

An avid sports fan, Murray is the owner of several minor-league baseball teams. One team he co-owns, the Charleston RiverDogs, has appointed him the title of “Director of Fun” and it is a role that Murray takes very seriously. At a game that was stopped by rain, the crowd was treated to the sight of Murray joyfulling dancing and slipping around the field.

The Grammy-winning singer is known for her unique style and fusion of jazz, funk and hip-hop tunes. Over a decade ago, Badu became a qualified doula, who assists expecting mothers during the birthing process. To date, she has helped bring over 40 newborn babies into the world.

When actress Jessica Alba became a parent, she faced the problem of not being able to find natural household products. So, she used her earnings to found a company that would create them. The Honest Company sells a range of eco-friendly, non-toxic products. The business is currently valued at over $1 billion, making Alba one of the richest self-made women in America.