Celebs Who Are Just 1 Award Away From Claiming EGOT Status

Bridget Daly
Celebs Who Are Just 1 Award Away From Claiming EGOT Status January 19, 2018 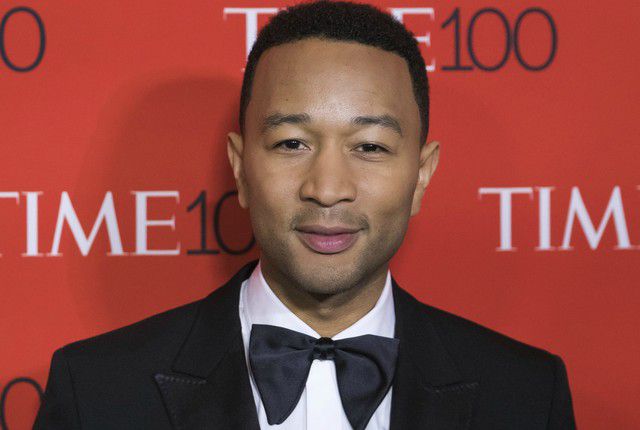 Most members of the Hollywood elite would be satisfied if their resume boasted even one top industry award. But there exists a small group of talented celebs who claim the coveted EGOT status. And to date, only 12 stars have EGOTed. Because they've each won an Emmy, a Grammy, an Oscar and a Tony Award. Vying for entrance into this club, a number of top actors, musicians, directors and screenwriters are just one distinction short of the EGOT title. So check out this collection of celebs who are one award away from claiming EGOT status.

Viola Davis needs a Grammy. Now. After her Oscar win for "Fences" in 2017, Davis (already in possession of two Tony Awards and an Emmy) entered near-EGOT territory, a well-deserved feat for the actress. When questioned about claiming the title, Davis expressed her doubts. "I don't sing," she said. "I mean, I really don't sing. Well, maybe I'll do a spoken word thing with Kanye West or something like that!"

As the most decorated actress in Tony Award history, it's clear that Audra McDonald has the stage presence to win an Oscar. Already in possession of an Emmy and Grammy alongside her six Tonys, McDonald just needs an "O" to round out her trophy case. With such visible talent, we know the actress and singer can pull it off.

As the genius behind "Hamilton," Lin-Manuel Miranda has a lot to be proud of. Already winning an Emmy, a Grammy and a Tony award, Miranda may soon replace Robert Lopez to become the youngest member of the EGOT club at the 2018 Acadamy Awards. Nominated in the Best Original Song category for his work on the Disney film "Moana," if Miranda wins, the EGOT title is all his.

As a former child actor who has been working since 1959, it's no shock that Ron Howard has amassed a number of professional distinctions. After snagging four Emmys, two Oscars and a Grammy Award, all Howard needs is a Tony to raise him up to the level of an EGOT winner. Maybe it's time to lobby for an "Arrested Development" musical...

With a dazzling smile and some serious talent on and off screen, it's no surprise that Lily Tomlin's award collection is approaching EGOT status. The 78-year-old actress boasts a Grammy, a Tony and five Emmys but has yet to win an Oscar. As she was nominated for her role in "Nashville" in 1976, it's clear that an EGOT title is just one leading role away.

Hollywood icon Martin Scorsese is one of the most revered directors in the industry. With an Emmy for directing "Boardwalk Empire" and an Oscar/Grammy for his work on the 2007 film "No Direction Home," nabbing a Tony Award is not out of reach. For such a well-rounded talent, we can expect Scorsese to EGOT in the years to come.

With seven nominations under his belt, it's no surprise that veteran actor Al Pacino has the Oscar category of the EGOT title sorted. With two Tony and Emmy Awards on his resume, all Pacino needs is a Grammy to become the 13th EGOT member. We're rooting for you, Pacino. We're ALL rooting for you.

British actress Cynthia Erivo absolutely knocked her performance as Celie in the 2015 Broadway revival of "The Color Purple" out of the park. The 31-year-old won a Tony for the musical's stage production, a Grammy for the production's official album and an Emmy for performing on the "Today Show." We definitely see an Oscar win in Erivo's future.

A true entertainment veteran and one of the most respected actors in Hollywood, Dick Van Dyke is not far off from claiming EGOT status. After winning a Tony in 1961, the actor went on to win a Grammy Award for his work on the "Mary Poppins" soundtrack and a number of Emmys. Hopefully, the 92-year-old can secure his place in history with an Oscar win.

Someone give Jessica Lange a Grammy, stat. The 68-year-old actress won a Tony Award for "Long Day's Jourey Into Night," three Emmys for her work on "American Horror Story" and "Grey Gardens" along with a whopping two Oscar Awards. With a voice to match her acting ability, a Grammy award is well within reach.

With her title as one of the strongest triple threats in Hollywood, it's almost unbelievable that Bette Midler has yet to claim her EGOT. While she does have three Grammys and Emmys along with a Tony Award, she has yet to snag an Oscar. With two Academy Award nominations under her belt, she clearly has the chops to pull off a win.

At just 38 years old, John Legend is one of the youngest members of the one-award-away-from-EGOT group. The "All Of Me" crooner has amassed 10 Grammys, a Tony, and an Acadamy Award throughout his career in the spotlight. With his experience as a producer for the film "Selma," an Emmy win is surely not far off.

Not surprisingly, music legend Elton John claimed an Academy Award for his iconic tear-jerker "Can You Feel the Love Tonight." Joining the ranks of his five Grammy and "Aida" Tony distinction, John is just one Emmy win away from an EGOT title. With the talent brimming from the 70-year-old singer, pianist and composer--an Emmy Award is clearly not out of reach.

Cyndi Lauper, best known for "Girls Just Want to Have Fun" anthem has a (not surprisingly) nabbed a number of Grammys throughout her lengthy career. The singer has also won a Tony for writing the "Kinky Boots" score and an Emmy for her guest apperance in "Mad About You." With these accomplishments, Lauper is just one movie role away from making history!

Triple threat Quincy Jones (also the father of actress Rashida Jones, FYI) is an 84-year-old actor, producer and composer who has certainly made his mark on the entertainment industry. The star has won an incredible 28 Grammys, an Emmy and a Tony but has only managed to snag an honorary Oscar Award. Surely, "Q" will soon take home a title won from an official voted-on category.

As the voice behind iconic characters like Darth Vader and Mufasa, actor James Earl Jones has breathed life into stories and screenplays alike with his unmistakable booming voice, full of power and gravitas. The 87-year-old has an impressive three Emmys, a Tony and a Grammy Award to his name. While he does have an Honorary Oscar Award, he'll need to win in a voted-on category to officially become an EGOT winner.

Cynthia Nixon has a body of work much larger than just her "Sex and the City" claim to fame. in 2009, she won a Grammy Award for best spoken world album on behalf of her "An Inconvenient Truth" narration, claimed an Emmy Award for her "Law and Order: Special Victims Unit" guest apperance and has won multiple Tony awards. With such a decorated career, Nixon isn't far away from an Academy Award win.

With Julie Andrews' well-documented talent as both a singer and an actress, winning a Tony Award to round out her Emmy, Grammy and Oscar distinctions will be no problem at all. The 82-year-old English actress won an Oscar for "Mary Poppins," has two Emmy Awards under her belt and in 2011 won a Grammy Lifetime Achievement Award.

When she's not busy showing the world that you can rock a bikini at ANY age, Helen Mirren is otherwise occupied by chipping away at the four EGOT categories. The 72-year-old English actor won an Academy Award in 2006 for her lead role in "The Queen," has four Emmy Awards to her name and nabbed a Tony in 2015 for her work in "The Audience." With just a Grammy Award standing between Mirren and an EGOT, it's only a matter of time before she cranks out a hit song and becomes the 13th EGOT-er.

With such a lengthy and decorated career, it's no surprise that Kate Winslet is just one award away from EGOT Status. The 42-year-old won an Academy Award in 2011 for her work in "The Reader," an Emmy Award in the same year for her role in "Mildred Pierce" and a Grammy in 1999 for the best spoken word album for children thanks to "Listen To The Storyteller." All that's left is a Tony Award!