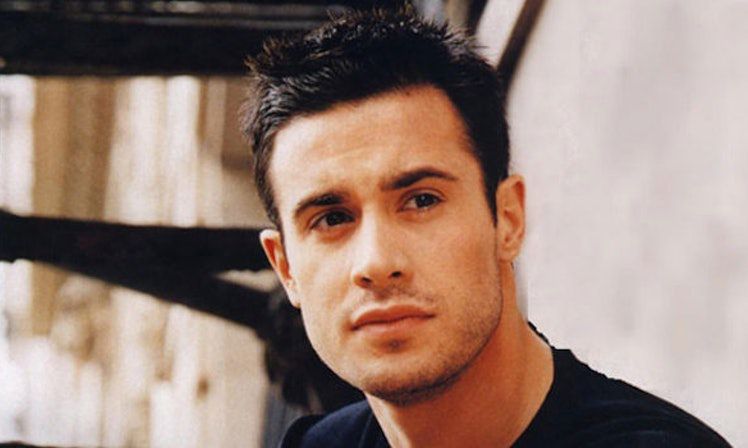 The world of Hollywood is a sword with two edges. And being famous isn't the dream a lot of people imagine it to be. Sometimes celebrities love the fame, glitz and glamour that comes with Hollywood success. But others? Well, they just want to get out of there. So here are some celebs who left Hollywood and quit fame. Because they realized a normal life is a much happier life.

Mara Wilson was a big child actor in the 90's with breakout roles in Matilda and Mrs. Doubtfire. Turns out she quit acting when she was no longer considered "cute" and after hitting puberty was asked to audition for the role of "fat girl." But that didn't stop her from crushing it, she went onto study writing at NYU. Just last year she came out with a memoir last year called "Where Am I Now?: True Stories of Girlhood and Accidental Fame."

Yet another famous child star who decided to quit acting and get some knowledge. Former heartthrob, Jonathan Taylor Thomas or "JTT" quit acting after "Home Improvement" to go to college and not just any college. JTT enrolled in Harvard University in 2000 where he studied philosophy and history. Wow, what a smartypants.

Like duh, you know Alicia Silverstone most famously for Clueless, right? The actress appeared in a few hits in the 90's but eventually gave it up, much like many people on this list, to raise her family. She now actually has become a strong vegan activist. She also has written two nutrition books.

After appearing in the Star Wars prequels, Hayden Christensen decided to bow out of the spotlight. He said all the attention from his fame and the Star Wars franchise made him feel like a fraud. He decided to toss it aside and live on a farm. Yup, you read correctly. The canadian actor bought a farm outside of Toronto.

Legendary actor, Gene Hackman didn't so much leave the spotlight as he just kind of retired. Welcome to Mooseport was his last film in 2004 starring alongside Ray Romano. Though he isn't 100% gone, Hackman, while he doesn't act anymore has taken up writing instead. Hackman has published two books. He has also voiced over a documentary so who knows if his retiring will be permanent.

The Ice Ice Baby days have cooled down for Robert Matthew Van Winkle (yup, that's his full real name). Ice decided to quit the rap and fame, he now signed up for the house selling game! Yup, you heard it, Van Winkle is now a real estate investor and home innovator.

Game of Thrones album Jack Gleeson decided to shelf his acting career after his character was killed on GoT in 2014. He originally stated that he wanted to go to school but since then in 2015 he ended up creating a puppet show called "Bears in Space," so who knows maybe his puppets will head back to Hollywood.

Perhaps one of the most famous child stars ever, Macaulay Culkin won our hearts in Home Alone but vanished a few years later. It turns out, he wanted to quit because his father was basically forcing him to work and once his parents separated he was free to do what he wanted. In the early 2000's he resurfaced in a few roles in indie films like Saved and Party Monster but he still prefers not living in the spotlight.

Former Fugees member, Lauryn Hill was on her way to break records when she released her solo album The Miseducation of Lauryn Hill but instead of creating a sophmore release she stepped away from the music industry. She will occasionally perform every now and them but won't make an album again. She called the industry "toxic" and prefered to be away from it while she raised her family.

You may remember him from roles in Ghost Busters and the Honey! I Shrunk the Kids franchise, and some might have thought that Rick Moranis shrunk himself and disappeared from the limelight completely! It turns out Moranis quit acting after his wife passed away in the early 90's. He wanted to have time to raise his kids in the best way possible, and that's what he did.

After appearing in the hit remake of Hairspray Nikki Blonsky found it a little difficult booking roles in Hollywood. So after appearing the short-lived shows like "Huge" and "Smash" Blonsky put her career on the backburner. She decided to take up something her character in Hairspray was known for -- hair! She is now a hair stylist in her hometown Great Neck, NY.

Dylan and Cole Sprouse were huge hits on the Disney Channel with "The Suite Life of Zack and Cody" but when that ended they decided to go to school at NYU. While Cole has gone back to acting and can be seen in "Riverdale," Dylan decided to keep his acting career on the backburner and currently works at a brewery in New York.

Amanda Bynes has had a rough bout with fame, she started as a child star but went a little bit crazy a few years ago on twitter. Fortunately, she got the help she needed and decided fame wasn't for her anymore, she prefers another F word: fashion! Bynes went to FIT and is now an aspring fashion designer.

I know what you're thinking, "who is Peter Ostrum?" He's Charlie from the original Willy Wonka and the Chocolate Factory! After his big hit film he became interested in horses and actually quit acting to go to school to become a veterniarian. He is still a vet and living with his happy family in Lowville, New York.

It could be that Hollywood had enough of his "bad reputiation" or it could be that he legitmately wanted to go into law enforcement -- we may never know -- but actor Steven Seagal quit Hollywood to start a career as a cop. Seagal is now a reserve deputy chief in Louisiana.

Is it October 3rd yet? Jonathan Bennett played "Aaron Samuels," the love interest to Lindsay Lohan's Cady in the smash hit Mean Girls. While he still does live in Los Angeles, he quit the Hollywood scene and acting to teach spin class! He currently teaches at Flywheel in West Hollywood.

Maybe the strangest twists in child star fame is the story of Kirk Cameron. Cameron was famous for playing the rebellious son in Growing Pains, he eventually quit acting and found God. Yup, Cameron founded an Evangelical Christian Ministry called The Way of The Master and currently still is an active Evangelical Christian.

Redrum, redrum -- sorry, I mean here's another one! Remember the spooky Stephen King film The Shining and the young boy Tommy? Yup, that's him! Danny Lloyd, who played the pivotal role as a kid, ended up giving up acting quickly after. In 2017, Danny Lloyd went to a community college in Kentucky and because professor of biology.

Phoebe Cates is famous for that swimsuit dream sequence in "Fast Times at Ridgemont High" and marrying Kevin Kline. She stepped out of the spotlight in the early 90's to raise their children. You can still see her accompany Kline on red carpets but she'll pass on wearing the red swimsuit again.

Sir Sean Connery, while a legend, decided to step out of the spotlight after his film "League of Extraordinary Gentlemen" was released in 2003. He sometimes takes work doing voiceovers for video games but must prefers his retired life in the UK versus the crazy fame and glamorous life of Hollywood.

You may remember him from the hit show "Malcolm in the Middle," but he's not going to be in any sitcoms anytime soon. Though he is still in the spotlight in a way, Frankie Muniz decided to leave Hollywood and head towards the road! More specifically, the ones that are a big circle that you see people race in -- yeah yeah, you guessed it Muniz is now a professional race car driver!

I know, you probably barely recognize this former child star. Here's a hint: do the truffleshuffle! Yup Jeff Cohen, or "Chunk" from The Goonies actually gave up acting to become a lawyer. He became one of the founding partners of Cohen & Gardner LLP. Forget about Sloth, more like "Law loves Chunk." Get it?

Although he's married to fellow former teen idol, Sarah Michelle Gellar, you won't see FPJ Jr. in any shows or movies anytime soon. Prinze decided to step away from the spotlight and take up his true passion -- cooking! He's now a chef and currently has a cookbook out called Back to the Kitchen.

You may know him as the oldest Jonas but Kevin isn't crooning anymore. Jonas decided to stop making music with his brothers -- Nick and Joe have budding solo careers -- and decided work on being a dad. Jonas also created an app called Yood which gives you the location and contact info of the best restaurants near you!

Man, this guy was so off the grid you can't even find a recent picture of him! John Hughes who defined the coming of age genre by directing hits like Sixteen Candles and the Breakfast Club put his directing skills aside in the early 90s. After writing Home Alone, he feared Hollywood would corrupt his sons and decided to focus more on raising them. Unfortunately, Hughes passed away in 2009, but his film legacy lives on.