The Most Embarrassing and Cringe-Worthy Celebrity Moments of 2018

Camila Villafane
The Most Embarrassing and Cringe-Worthy Celebrity Moments of 2018 December 11, 2018 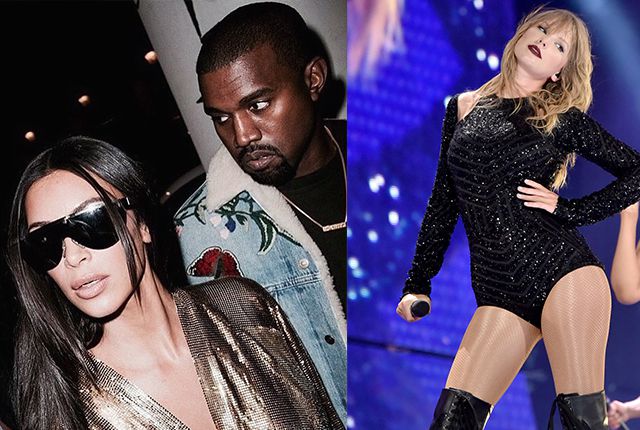 Famous people are only human just like you and mean. Which means they can f--- things up now and then. But the only problem is that paparazzi (and fans) catch their mistakes big and small on camera. For the world to see. And that's why, whether on stage or out and about, these stars put their most embarrassing moments this year on display. So here are some of the most embarrassing celebrity moments of 2018.

Questionable YouTube influencer Logan Paul went to Japan to visit the Aokigahara Forest, where people go when they decide their time is up. There’s tragedy and sadness all around in these woods. But Paul turned the situation into a circus, and even filmed his encounter with a person who had passed away...and then he posted it on YouTube. Wow.

Tommy Lee Got Knocked Out

Brandon Lee knocked out his rocker dad Tommy Lee unconscious, after a fight. Brandon claimed his dad was dissing his mom, Pam Anderson, in a series of nasty tweets. Anderson also happens to be Lee’s ex-wife. And there you were, thinking your parents were difficult!

Ariana Grande’s spectacular and nostalgic “Thank U, Next” music video was heavily inspired by “Mean Girls.” In fact, she had her own Burn Book, where she mentions exes like Big Sean and Pete Davidson. But she totally blew off Jai Brooks, the Australian prankster she allegedly cheated on.

We’d be insane not to mention former “Teen Mom” star Farrah Abraham’s arrest among this list of most embarrassing celebrity moments. She was arrested in June 2018 after a hotel security officer told her to leave and she went off on the guy. Cops noted that Abraham seemed inebriated. What a shocker. Not!

When Kim Cattrall’s brother passed away unexpectedly, Cattrall’s co-star Sarah Jessica Parker took to social media to express her condolences. But Cattrall told her she didn’t need her “love or support at this tragic time.” Ohh, buuuurn!

While filming “Keeping Up With The Kardashians,” Khloe learned that her man, Tristan got way too close and personal with another woman. To add insult to injury, Khloe was carrying his daughter, True Thompson. But hey, when she met Tristan, he was already dating someone else...so there's that!

In September 11, Susan Sarandon told Variety that Trump inspired women and people of color to run for office. This peeved Debra Messing off, who wasn’t happy that Sarandon gave Trump any sort of credit...completely misinterpreting what Sarandon said. Messing also said that if she had to be stuck in an elevator with someone, she’d choose Trump over Sarandon. Ouch!

Nicole And Keith’s Near Miss Kiss

During the 2018 Golden Globes, Nicole Kidman and Keith Urban weren’t exactly synching up when she got up from her seat to kiss her hubby. Poor Nicole looked like a hen pecking at corn kernels as she tried to lock lips with Keith several times. Awkward!

Everyone wanted to hear “The Room” actor, Tommy Wiseau speak at the 2018 Golden Globes, but James Franco wouldn’t shut up. Wiseau even tried to take the microphone away from Franco, but couldn’t. Yup! That was the most embarrassing acceptance speech ever.

After the successful revival of her sitcom “Roseanne,” the actress posted a comment about President Obama’s senior adviser, Valerie Jarrett, who’s African-American. The comment was considered racist and the show got canceled on the spot. But ABC renamed the show “The Conners” and wrote Roseanne off. And just like that, she was gone.

In September 2018, Kendall Jenner and Anwar Hadid were snapped sporting love bites on their necks. This was after Kendall reportedly spent a lot of time with Gigi and Bella Hadid’s younger brother over the summer. Coincidetnally, Kendall's been best friends with the Hadid sisters for a while...so we seriously hope that messing around with their brother doesn't break any BFF girl codes!

Kanye Versus The World

Kanye West tweeted some pretty bizarre things in 2018, like when he suggested the 13th amendment should be abolished. Quick history lesson: the 13th amendment helped put an end to slavery, dude! But he also told everyone that “you cannot date a girl" who's got a "private" tape. But didn’t Kim have one of those? Is he just trolling us at this point?

Talk about most embarrassing celebrity moments! American comedian Tiffany Haddish jumped right over the red carpet rope in order to meet one of the classiest stars in Hollywood, Meryl Streep. We get it! We love Meryl as much as the next person, but lucky for her, she didn’t break her neck trying to get to her at the 2018 Oscars.

Barbra Streisand has undoubtedly broken a few music records. But it turns out she broke the laws of nature too. Samantha was Barbra’s beloved dog. But she passed away, so in March 2018, Barbra confessed she had two dogs cloned out of her late pooch’s DNA.

On October 7, Taylor Swift shared an Instagram post sharing her political opinions, which favored two Democratic candidates and dissed Republican Congresswoman Marsha Blackburn’s voting history. Up to this point, Trump was apparently a fan of Taylor, but it’s safe to say, he likes her a little less these days.

Rihanna isn’t shy about the current political climate. So, when someone tweeted to her that President Trump was using her song “Don’t Stop The Music” at one of his “tragic” rallies, she thanked the Twitter user for the heads up and called Trump out for doing what he did. Then she sent him a cease and desist!

Ariana Grande and Pete Davidson’s engagement was so sudden that it blew everyone away. They even got tattoos together. But then they ended things rather abruptly, and poor Pete had to cover up his “Dangerous Woman” tattoo all in the span of a few months. Ah! Young love!

In a series of Instagram Stories, Kendall tells Kim that she’s really concerned that she’s not eating. To which Kim replied, “OMG, thank you!” as if not eating was something to be proud of. Khloe also suggested she had an eating disorder and Kim was beyond...flattered? But later on, Kim had to apologize for coming off as insensitive after people called her out for praising her awful eating habits.

In February 2018, “Melrose Place” star Heather Locklear was allegedly inebriated and assaulted her boyfriend. She also supposedly insinuated she would hurt the arresting cops if they came to her house. She was charged with four misdemeanor battery charges and for resisting arrest. Happy 2018, I guess?

Italian actress Asia Argento had a rough year. In June 2018, her famous chef boyfriend Anthony Bourdain passed away. Then in August, she was accused to assaulting actor Jimmy Bennett when he was 17. She initially denied the claims but her late beau, Bourdain allegedly paid the actor $300,000 to stay quiet.

Nicki Minaj was walking up the stage at the 2018 VMA Awards. But when Ariana Grande saw a potential wardrobe malfunction, she got up and fixed her sheer dress train, thus saving Nicki from kissing the floor. But with millions of viewers watching, the moment was pretty awkward at best, and it could've gotten a lot worse if it wasn't for our girl Ari.

On September 10, 2018, TSA staff at Los Angeles International Airport found a weapon in “Wizards of Waverly Place” actor David Henrie’s bag. After his arrest, Henrie tweeted about how humiliated he was about how it all went down. Well, we would be too.

Alec Baldwin And The Parking Spot

In November 2018, Alec Baldwin struck a man on the side of his face after he reportedly took his parking spot in the West Village. Baldwin was arrested for assault in Manhattan, and the rest, as they say, is history.

During this year’s VMAs, Tiffany Haddish butchered Fifth Harmony’s Camila Cabello’s name while on stage. Then she threw shade at the music group. But then Nicki Minaj went on stage to accept her award and she clapped back at Haddish for dissing Fifth Harmony.

John Mayer is head over heels in love with bath bombs. In fact, he loves them so much that he wrote and sang about the Big Sleep Jelly Bomb by Lush Cosmetics. “Jelly bombs excreting,” and “all the things my body’s needing” are just some of the embarrassing lyrics. But hey, to each his own...I guess.