Bridget Daly
Your Complete Guide To Every Celebrity Who’s Had Beef With The Kardashians February 8, 2018 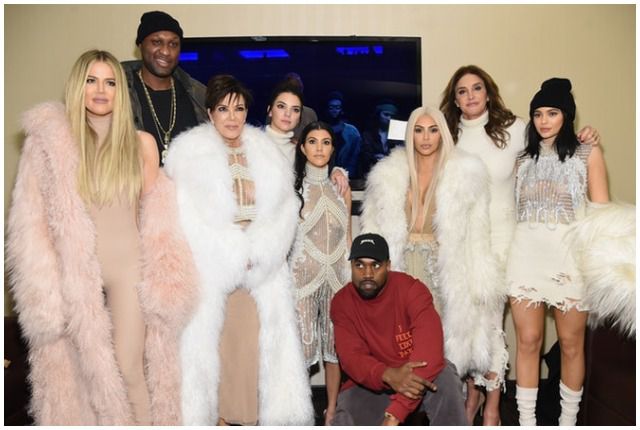 The Kardashians have been busy creating an empire of lip kits, clothes, contour pallets and a highly successful reality show. With so much power, wealth and influence, it's no surprise they also have a lot of A-list enemies. There have been Twitter beefs with famous exes, and wars of words dragging fellow reality stars. But the KarJenners are quick to prove that in their world, blood really is thicker than water. So check out this collection of every celebrity who's had beef with the Kardashians.

Arguably the most infamous Kardashian beef, Kim Kardashian's feud with Taylor Swift was actually inherited from her husband Kayne West's "I'ma let you finish" 2009 MTV VMAs disaster. Reignited by West's "Famous" lyric that name-dropped Swift, (I feel like me and Taylor might still have sex / Why? I made that bitch famous) Kardashian served up some serious Snapchat receipts that proved the singer-songwriter actually LOVED the line. To date, Kardashian and Swift stans are still engaged in an epic snake vs. rat social media war.

Surprising as it is to link "Buffy the Vampire Slayer" star Sarah Michelle Gellar to a beef with Kim Kardashian, the blonde-haired queen of the '90s really did come to blows with the KKW mogul. After Kardashian's 2014 Vogue magazine cover debuted, Gellar took to Twitter to voice her dissapointment. "Well......I guess I'm canceling my Vogue subscription. Who is with me???" she wrote. In response, Kardashian's BFF Jonathan Cheban fired a shot at Gellar's former A-list status by tweeting, "Do u matter?"

After Kim Kardashian posted her now-infamous naked mirror selfie, Chloe Grace Moretz couldn't hold back her criticism in tweeting, "I truly hope you realize how important setting goals are for young woman, teaching them we have so much more to offer than just our bodies." In retaliation, Khloe Kardashian posted an alleged photo of the actress' bare behind on Twitter. Ouch.

"Glee" star Naya Rivera had some strong opinons regarding Kim Kardashian's Paper magazine cover that "broke the Internet" and took to Instagram to voice her frustrations. "I normally don't. But...you're someone's mother..." commented the actress. Ever ready with the savage burns, Kardashian's BFF Jonathan Cheban came to her defense via a blog post in which he wrote, "We all know you want to be Kim, but you don't got it boo, and the only cover you will be gracing is the "Single White Female 2" straight to DVD box set."

"Hunger Games" actress Amandla Stenberg was not here for Kylie Jenner's cornrows. When the "Life of Kylie" star posted a picture of her new 'do on Instagram in 2015, Stenberg voiced her disapproval in the comment section, calling Jenner out for appropriation of Black culture. "Mad if I don't, mad if I do...Go hang w Jaden or something," wrote Jenner in retaliation.

Amber Rose certainly doesn't have the best history with the Kardashian family. Aside from the fact that she's Blac Chyna's BFF, Rose is also the ex-GF of Kim Kardashian's hubby Kanye West. When rapper (and Blac Chyna's ex) Tyga first started dating Kylie Jenner, the model wasted no time in slamming the courtship during an apperance on "The Breakfast Club" radio program. "She's a baby, she needs to go to bed at 7 o'clock and relax," said Rose. In response, Khloe tweeted that "people who live in glass houses shouldn't throw stones."

Pink joined the ranks of several other high-profile celebs when she took aim at Kim Kardashian's nude bathroom selfie. "Shout out to all the women, across the world, using their brains, their strength, their work ethic, their talent, their 'magic' that they were born with, that only they possess," wrote the singer-songwriter, before admonishing those who only use their "tits and asses" to get attention. Not shying away from her words, the "What About Us" singer later admitted that her post was in fact aimed at the reality star.

Iconic model Stephanie Seymour definitely doesn't think Kendall Jenner has the talent to back up her modeling career. After calling Jenner a "bitch of the moment" instead of a real supermodel, the 22-year-old reality star issued an emotional response on her own website. "If you're going to tell us not to be in 'your moment,' then don't be in mine!" wrote Jenner.

"Mad Men" actor Jon Hamm certainly doesn't think the Kardashians have the smarts to back up their empire. "Whether it's Kim Kardashian or Paris Hilton or whoever, stupidity is certainly celebrated. Being a f---ing idiot is a valuable commodity in this culture because you're rewarded significantly," said Hamm during an interview with ELLE UK. Kardashian clapped back on Twitter, calling Hamm's remarks "careless."

Chelsea Handler wasn't pulling any punches when she blamed the Kardashian's for Donald Trump winning the 2016 presidential election. "I blame the Kardashians," Handler admitted to Variety. "The beginning of the end was the Kardashians. The way their people have blown up and don't go away--it's surreal."

Speaking to British GQ, Daniel Craig didn't hesitate in criticizing the Kardashian family's cash flow. "I don't think they were that badly off [financially] to begin with but now look at them. You see that and you think, 'What. You mean all I have to do is behave like a f---ing idiot on television and then you'll pay me millions?'" Not letting the dig squeak by, Kris Jenner urged Craig to issue a public apology.

Sharon Osbourne didn't mince words when she called Kim Kardashian a ho. "If Kim wants to show off her body, fine. But that's not feminism, that's being a ho. And there's nothing wrong with being a ho, but always remember what you are," Osbourne said to The Telegraph. In response, Kim K debunked her whole claim by stating she has never linked any of her photos to feminism.

Wendy Williams was not having ANY of Kim Kardashian's Bo Derek-inspired naked Instagram photo shoot. During an episode of her daytime talk show, Williams went off on the reality star. "It's clear to me that you're desperately trying to stay in the spotlight," said Williams in a line addressed directly to Kim K.

Taking aim at Kim Kardashian's comeup, actress Rebel Wilson let loose on the sex tape that allegedly made her famous. "I'm all about personality and working hard to get where I am. How Kim Kardashian got famous from the sex tape and I just went to acting school and worked really hard," said Wilson during an interview on the Australian radio station KIIS FM. Wilson later apologized for her comments and even sent flowers to the famous family to smooth things over.

Putting their one-time BFF-ship aside, Paris Hilton had some harsh words for Kim Kardashian's most famous asset during a radio interview on Chet Buchanan and the Morning Zoo Show. In a savage burn, the heiress infamously referred to Kardashian's backside as "cottage cheese inside a big trash bag." Choosing not to engage in a feud, Kardashian brushed off Hilton's comment by stating that they simply "don't talk anymore."

After Rita Ora split from Rob Kardashian, things got ugly--and fast. Following their split, Kardashian unleashed an ugly social media rant, calling Ora a "whore" and a "cheater." The "Anywhere" singer responded with a not-so-subtle burn in which she claimed that everyone should have to "sit an exam" before going on Twitter to test their mental stability. To add insult to injury, Ora then claimed that she was never actually IN a real relationship with Kardashian.

Add Bette Midler to the list of celebs who aren't fans of Kim Kardashian's penchant for flexin' a little too hard on social media. After Kardashian's naked mirror selfie, Midler took to Twitter to condemn the reality star's penchant for oversharing. "If Kim wants us to see a part of her we've never seen. she's gonna have to swallow the camera," she wrote. In response, Kim K called her a "fake friend" and chided her for staying up "past her bedtime."

"Teen Mom" star Farrah Abraham wasn't about to just let Kendall Jenner's criticism of her lifestyle pass by unchecked. After Jenner said that she doesn't "really agree with a lot of Farrah's decisions in life," the reality star took to Twitter to poke fun at Kim Kardashian's sex tape. To show that she was unbothered by the diss, Abraham even added the hashtag #LifeChoices to the post.