Celebrity Women Who Insist They Are NOT Feminists

Bridget Daly
Celebrity Women Who Insist They Are NOT Feminists February 21, 2018 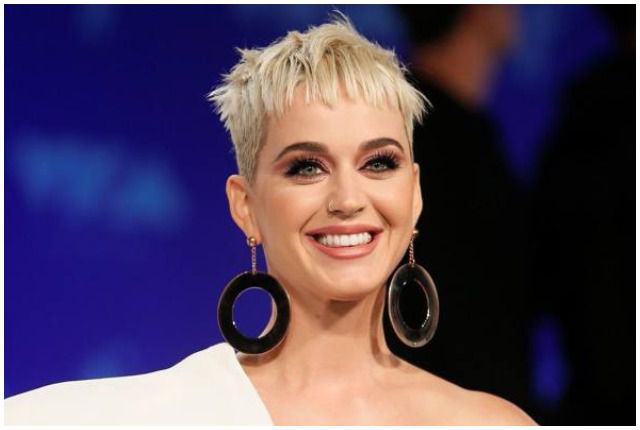 The #MeToo hashtag and Time's Up movement dominate the Hollywood headlines. So it would be easy to assume all of Hollywood's women are fighting for equal rights. But for their own reasons, many famous women have distanced themselves from feminism. And they've done so publicly in the press. Boasting top names like Katy Perry and Kelly Clarkson, the list of female celebs who swear they aren't feminists is sure to shock you.

According to British singer-songwriter Lily Allen, we're all equal--and there's absolutely no need for feminism! "Feminism. I hate that word because it shouldn't even be a thing any more," she said. "We're all equal, everyone is equal so why is there even a conversation about feminism? What's the man version of feminism? There isn't even a word for it. There's no reason for it."

Who needs feminism when you have humanism? According to actress Demi Moore, feminism is far too restrictive of a label when regarding actual, total equality. "I am a great supporter of women, but I have never really thought of myself as a feminist, probably more of a humanist because I feel like that's really where we need to be," she said. "I think clearly times have changed and women have made their mark in many different arenas."

Just because actress Shailene Woodley is an activist doesn't mean she's a feminist, OK? Speaking to Nylon magazine, Woodley revealed that she's not really a fan of labels--of any sort. "The reason why I don't like to say that I am a feminist or I am not a feminist is because to me it's still a label," she said. "I do not want to be defined by one thing. Why do we have to have that label to divide us? We should all be able to embrace one another regardless of our belief system and regardless of the labels that we have put upon ourselves."

While Meghan Trainor DEFINITELY isn't a feminist, she still wants to impact the world in a distinctly positive way. "I don't consider myself a feminist, but I'm down for my first opportunity to say something to the world to be so meaningful," said Trainor. "If you asked me, 'What do you want to say?' it would be, 'Love yourself more.'"

Surprisingly, actress Sarah Jessica Parker doesn't label herself a feminist despite the fact that her hit series "Sex and the City" was widely praised for bringing the movement into the mainstream. "I am not a feminist," she declared. "I don't think I qualify. I believe in women and I believe in equality, but I think there is so much that needs to be done that I don't even want to separate it anymore. I'm so tired of separation. I just want people to be treated equally."

Unsurprisingly, actress Kaley Cuoco caught a lot of heat for her remarks against the work that paved the way for women. "I was never that feminist girl demanding equality, but maybe that's because I've never really faced inequality," she said. "I cook for [my husband] Ryan five nights a week: It makes me feel like a housewife, I love that. I know it sounds old-fashioned, but I like the idea of women taking care of their men."

Infamous for her blue-dress affair with former president Bill Clinton, Monica Lewinsky isn't shy about condemning the feminists that have allegedly harrased her for years. "Given my experience of being passed around like a gender-politics cocktail food, I don't identify myself as a Feminist, capital F," she said. "The movement's leaders failed in articulating a position that was not essentially anti-woman during the witch hunt of 1998."

Like a number of other female A-listers in this colleciton, singer and Little Mix member Perrie Edwards equates feminism with "man-hating.” "I wouldn't say we're feminists: we don't hate our men," argued Edwards. "Everyone loves boys. We're just very passionate about girls sticking together and the sisterhood of things. Girls go through a lot more than men, such as periods, and it's better to stick together instead of bitching and hating."

Feminism isn't a great fit for Lady Gaga because the chart-topping pop superstar can think of a "Million Reasons" why she loves men. "I'm not a feminist," said Gaga. "I hail men. I love men. I celebrate American male culture and beer and bars and muscle cars."

Ironically, pop star Katy Perry made her most well-known remark against feminism during her "Woman of the Year" acceptance speech at Billboard's Women In Music luncheon back in 2012. "I am not a feminist, but I do believe in the strength of women," she said, clearly missing the core goal of the movement itself. With empowering songs like "Roar" and "Firework" in Perry's discography, it's shocking that the 33-year-old singer issued such a strong rebuke.

According to actress Evangeline Lilly, feminism is nothing more than an excuse for women to imitate men. "I'm very proud of being a woman, and as a woman, I don't even like the word feminism because when I hear that word, I associate it with women trying to pretend to be men and I'm not interested in trying to pretend to be a man," she argued. "I don't want to embrace manhood, I want to embrace my womanhood."

Beauty vlogger/businesswoman extrarodinaire Michelle Phan isn't too fond of labels. Speaking to Cosmopolitan, Phan revealed that she isn't keen on being branded as a feminist, or even as a humanist! "I don't believe in bringing any politics to an idea like feminism," she explained. "I love the idea that women should be celebrated, but I also believe men should be too. We need both--yin and yang."

Susan Sarandon is totally here for exchanging her feminist card for a humanist one. "I think of myself as a humanist because I think it's less alienating to people who think of feminism as being a load of strident bitches and because you want everyone to have equal pay, equal rights, education and healthcare," she said.

While Kelly Clarkson is known for her girl-power anthems, feminism isn't something that this singer can get behind. "I wouldn't say I'm a feminist, that's too strong," she said. I think when people hear 'feminist' it's just like, 'Get out of my way, I don't need anyone.' I love that I'm being taken care of, and I have a man that's an actual leader. I'm not a feminist in that sense."

If princess of pop Taylor Swift hasn't ever experienced inequality, it doesn't exist...right? Speaking to the Daily Beast, Swift explained why she believes that feminism is unnecessary in the face of good, honest hard work. "I'm not a feminist because I don't really think about things as guys versus girls," she said. "I never have. I was raised by parents who brought me up to think if you work as hard as guys, you can go far in life."

Like many other celebs, country star Carrie Underwood doesn't want to be hindered by the man-hating negativity that is often attributed to feminism. "I wouldn't go so far as to say I am a feminist, that can come off as a negative connotation," she said. But I am a strong female."

Fashion designer Vivienne Westwood isn't afraid to aim some seriously harsh criticism at the feminist movement. "I'm anti-feminist," she delcared in an interview with The Guardian. "I know women have suffered and I think it's great that people stand up for women's rights but the problem with feminists is that they somehow consider women to be superior beings. And in the end, they just want to be men anyway. They want to do men's work."

Someone needs to let singer Lana Del Rey know that you can be interested in space exploration and ALSO be a feminist! For an interview accompanying her Fader cover shoot, the "Summertime Sadness" hitmaker wasted no time in bashing the importance of the feminist movement. "For me, the issue of feminism is just not an interesting concept," she said. "I'm more interested in, you know, SpaceX and Tesla, what's going to happen with our intergalactic possibilities. Whenever people bring up feminism, I'm like, god. I'm just not really that interested."