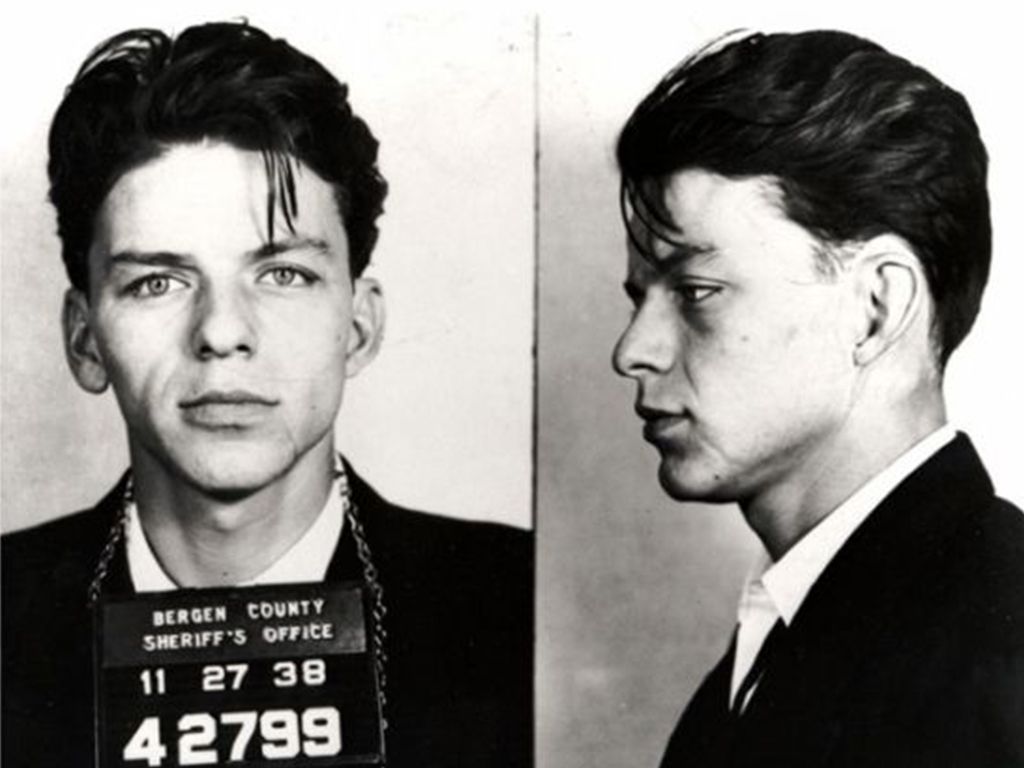 Frank Sinatra, or rather ‘Old blue eyes’ as he was often referred to, was an amazing singer. He's simply irreplaceable. But he also excelled in a number of other things throughout his long life, and we’re not just talking about his love life. So, let's check out some unbelievable facts you probably didn’t know about Sinatra that are oh-so cool!

When Frank Sinatra was born on December 12, 1915, in an apartment in Hoboken, New Jersey, he was yanked out of his mother’s womb with forceps. But he was blue as a Smurf because he wasn’t breathing. The doctor even thought he was dead. But then his grandmother stuck him under cold water and baby Sinatra finally started crying.

He Was Nicknamed Scarface

The forceps used to bring him into the world left a scar on the left side of his face that ran from the corner of his mouth all the way to his jawline. As a teenager, he was nicknamed Scarface. It didn’t help that acne left his cheeks pitted. So, as an adult, he used makeup to hide his scars.

Sinatra’s voice, confidence and fame gave fans the impression that he was as tall as the Chrysler Building. But in reality, he was five-foot-seven. He wore lifts in his shoes in order to give himself a boost and appear taller.

He Paid to Have Screaming Fans

Sinatra’s publicist, George Evans, held auditions for girls who could scream loud enough to appear as devoted fans. Then he paid them five dollars each and placed them in strategic places to energize the audience.

At the time, serving in the army wasn’t optional. But he reportedly avoided fighting in World War II by paying doctors $40,000 to declare him unfit for duty. It was such a big deal at the time that the FBI investigated the claims.

He Tried Gassing Himself

While walking through Times Square, he saw a bunch of girls waiting to see a concert by Eddie Fisher, who was the latest rage in the 1950s. He thought his career was over, so he went to his apartment, put his head on the stove and turned the gas on. Fortunately, his manager saved him just in time.

Sinatra was married to actress Ava Gardner from 1951 to 1957, but their relationship was allegedly so toxic that it left him humbled and devastated. So, he attempted to take his life a total of three times just to get away from her. One time, Gardner tried wrestling a gun away from him when it went off. Fortunately, neither of them was hurt.

Sinatra and Mia Farrow were married from 1966 to 1968. Although they divorced, they remained good friends. And in Farrow’s autobiography, “What Falls Away,” she wrote that Sinatra offered to have her ex-husband, Woody Allen’s legs broken after news broke out about his affair with Soon-Yi Previn.

In 1956, Confidential magazine claimed that Sinatra was able to satisfy many of his romantic partners with a nice bowl of Wheaties cereal. Once the tabloids got wind of the rumors, teenage boys raced to the supermarket to buy themselves a box of Wheaties.

“My Way” and “Strangers in the Night” were two of Sinatra’s most beloved songs. But according to his fourth wife, Barbara, he wasn’t a fan of either of them. In fact, he considered the latter the worst song he had ever heard.

Sinatra didn’t think highly of his song, “Strangers in the Night.” But in 1969, Fred Silverman, the head of daytime programming at CBS, talked about how he heard the song while on a plane and that the lyrics “Doo-bee-doo-bee-doo" inspired him to create the Scooby-Doo name.

Since 2000, about half a dozen people have lost their lives during or after performing Sinatra’s song “My Way” at karaoke bars. The horrifying phenomenon known as the “My Way Killings” got so bad that a couple of bar owners decided to remove it from their selection because for some reason, people seem to completely lose it when someone sings this song off-key.

He Sold His Pasta Sauce

In 1990, Sinatra unveiled his celebrity spaghetti sauce called Artanis, which is his last name backwards. The recipe was inspired by his mother. Unfortunately, the sauce wasn’t that big of a hit with consumers, but you can still recreate the recipe online.

He Has an Asteroid Named After Him

On September 26, 1989, Belgian astronomer Eric Walter Elst discovered an asteroid floating in space at the European Southern Observatory. The floating space rock was named 7934 Sinatra after the beloved singer.

He Was Buried With Some Tootsie Rolls

Celebrity expert Alan Petrucelli claimed Sinatra was a fan of Tootsie Rolls candy. In fact, he loved them so much that they put some in his casket along with some of his favorites like a bottle of Jack Daniels, cigarettes and a lighter.

He Was Arrested for Being Lovey-Dovey

In 1938, Sinatra got into trouble while working as a singing waiter at the Rustic Cabin bar because he was having relations with a woman. He was charged with wooing her “under the promise of marriage.” But when cops learned the woman was married, they lowered the charge to “adultery.”

The only thing Sinatra disliked more than his co-star Marlon Brando, was cheesecake. So, during a scene in the film “Guys and Dolls” where Sinatra had to eat cheesecake, Brando intentionally messed up his lines so that Sinatra would have to continue eating cheesecake.

He Put Movie Combat on the Big Screen

American audiences were not used to films with a lot of fight scenes and martial arts. But in 1962, Sinatra got into a fight with actor Henry Silva in “The Manchurian Candidate.” The characters threw a lot of karate chops and kicks which caught the American audience’s interest.

Sinatra already has three kids: Frank Jr., and daughters Tina and Nancy. In the late 2000s, Mia Farrow’s son, Ronan was introduced to the world as a journalist and author. But some believe he may be Sinatra’s son. After all, Farrow claimed she and Sinatra never ended things, so many fans still believe that Ronan could be his kid. But so far, the rumor hasn't been confirmed.

His Son Was Kidnapped and Ransomed

Barry Keenan and Joe Amsler kidnapped Frank Jr., after Sinatra performed at a lodge in Lake Tahoe, California. The crooks demanded $240,000, which the singer gave to the FBI. Thankfully, the kidnappers were caught and both his son and the money were returned.

He May Have Had a Comedian Beaten

Comedian Jackie Mason joked about Sinatra’s expenses in one of his acts. He was eventually threatened and beaten up in his hotel room by gangsters for his joke. Mason never came out and said that it was Sinatra who ordered the attack, but he believed it was safe to assume it was him.

Losing His Mother Made Him Catholic Again

Sinatra grew up Catholic. But as an adult, he turned his back on his beliefs and even spoke out against organized religion. Then, on January 6, 1977, his mother Dolly lost her life in a plane crash. Distraught over his grief, he turned back to Catholicism for comfort.

His Mother Was a Rebel

Dolly Sinatra filled ballots for corrupt democratic politicians of the time. She even performed procedures to terminate pregnancies for free, which was illegal. Her rebellious ways earned her a criminal record. In fact, she was arrested about six times.

His Mother Dressed Him in Pink

The reason Sinatra learned to do so much was because his mother Dolly was such a tough cookie. She reportedly beat him with a policeman’s club whenever he needed to be disciplined. But at the time, no one had considered calling child protective services for her actions.

He Was Reportedly an Adult Film Star

According to Darwin Porter, the author of Sinatra’s biography, the singer was so incredibly broke in 1934 that he allegedly starred in an adult film named “The Masked Bandit.” Sinatra was 19 at the time and was paid $100 for his performance.