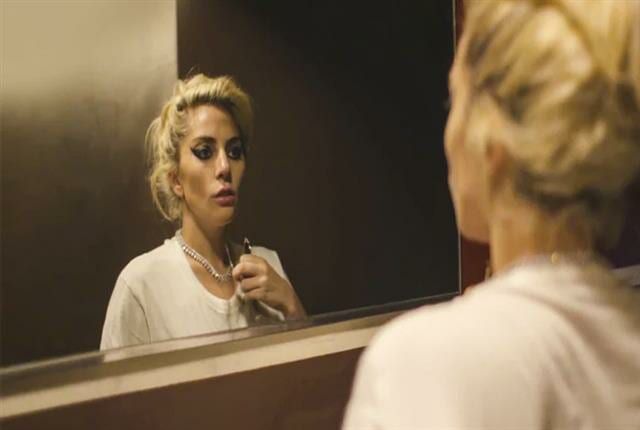 Lady Gaga's new documentary, "Gaga Five Foot Two" shatters the wall between herself, her fans, and the ugly realities of her fame. The film, directed by Chris Moukarbel, gives viewers an intimate glimpse into Gaga's professional and personal life over the course of a year, including the release of her most recent album “Joanne,” her breakup with fiance Taylor Kinney, and her performance at the 2017 Super Bowl LI halftime show. Keep reading for a collection of the ultimate WTF moments (and there are many) from the documentary.

This Kid Can Dance

Gaga IRL isn't afraid to bust a move, whether it's on a balcony, in her grandma's house, or in the studio. And no, they're not all choreographed. She just feels it when she feels it, OK?

Apparently, Gaga stresses Beyonce out. In the closing credits the superstar revealed: "I gave Beyonce a panic attack. I just always feel like when I'm with her and Jay-Z I'm always hanging out in the corner with like nine joints in my mouth, and she's like 'You're not a lady...why?!'"

Stick It To The Man

Discussing the tense political climate, Gaga reveals how important artistic creation is during times of turmoil. "This is when it is most important to be an artist and shine. The government doesn't have the power to change anything in music or in art."

Despite grappling with incredible, "locked-up" hip pain and struggling with the nerves associated with the BIGGEST performance of her career, Gaga took a moment before her Super Bowl halftime show to perk up her dancers. Putting herself aside, she told her crew: "Focus on YOU out there."

After the launch of her new album "Joanne," Gaga rolled up to Walmart like it was NBD, asking an associate if they had her album in stock and gawking at the few copies they had. Not recognizing the megawatt star, he directed her to the store manager who ALSO didn't know who she was. WHAT?!

In a frank conversation with one of her doctors, the "Perfect Illusion" singer was clear about the division between her pain and the accelerant of her love for her fans and music. "When I feel the adrenaline of my music and my fans I can f---in' go. But that doesn't mean I'm not in pain."

Gaga reminds us that she's living her best life while riding a horse at sunset in her sheer, barely-there getup.

The Love Is Real

When a Gaga super fan was surprised with a meet and greet with Mother Monster, she burst into tears. Gaga couldn't help but cry as well, overcome with emotion as she was told her music saved this fan's life "many, many times."

Overwhelmed by the stress of compiling a new album after a three-year hiatus, Gaga collapses into producer Mark Ronson's arms and apologizes for crying and "being a girl." Ronson then claps back, "I'm sorry I'm a neurotic Jew. Physical affection makes me feel awkward."

Fight Through The Pain

In another intimate look into the "Born This Way" singer's struggle with chronic pain, Gaga is left bedridden and immobile due to crippling physical seizing. "Even my f---in' face hurts," Gaga said through tears.

In the most LOL moment of the entire documentary, the pop princess' father holds up a picture of a very gap-toothed Gaga as proof that she had braces. Gaga then quickly quips, "If I had kept that gap then I would have even more problems with Madonna."

A teary-eyed Gaga gets a call from her assistant-turned-best-friend, Sonja Durham, right before a New York Times interview regarding her upcoming album. Gaga begins to grapple with the idea that she will most likely lose her best friend to stage IV breast cancer. Durham passed away on May 19, 2017.

No shirt, no shoes... new album? When discussing the new "look" for her upcoming album, Gaga insisted (while shirtless, because it's more comfortable that way) that a more subdued style of dress is the way to go. "We've seen me f---in' glamorous for almost 10 years," Gaga said. "It's boring."

While she may seem like she has it "together" all of the time, Gaga lamented that even she feels insecure at times. "I never felt comfortable enough to sing and just be this way, now. I never felt pretty, or smart enough ... or a good enough musician."

"I Don't Even Know How I Did That"

When rolling up to Shangri-La Studios in Malibu, Lady Gaga rammed into producer Mark Ronson's parked car. Ronson jokingly replied, "If you have a problem with me, tell it to my face, not to my bumper."

I Can't Wait To Smoke Them All

Lady Gaga loves to smoke pot. While we all know stars enjoy their vices, the "Million Reasons" singer is rarely seen in a scene without a J in her hand.

Lady Gaga still practices her Catholic faith. Pictured here, she is serving as the godmother in a baptism ceremony.

Gaga finally dished on the whole "reductive" Madonna drama. While Gaga revealed she does still respect the industry veteran's music, she added, "Telling me that you think I'm a piece of s--- through the media is like a guy passing me a note through his friend."

Gaga, before heading to the studio for a full day of work on "Joanne" revealed she needs regular massages to ease her muscle spasms and to manage her constant, chronic pain. "It all kind of originates from this trauma in my hip, from an injury years ago," the singer stated.