‘Harry Potter’ Stars: Then and Now 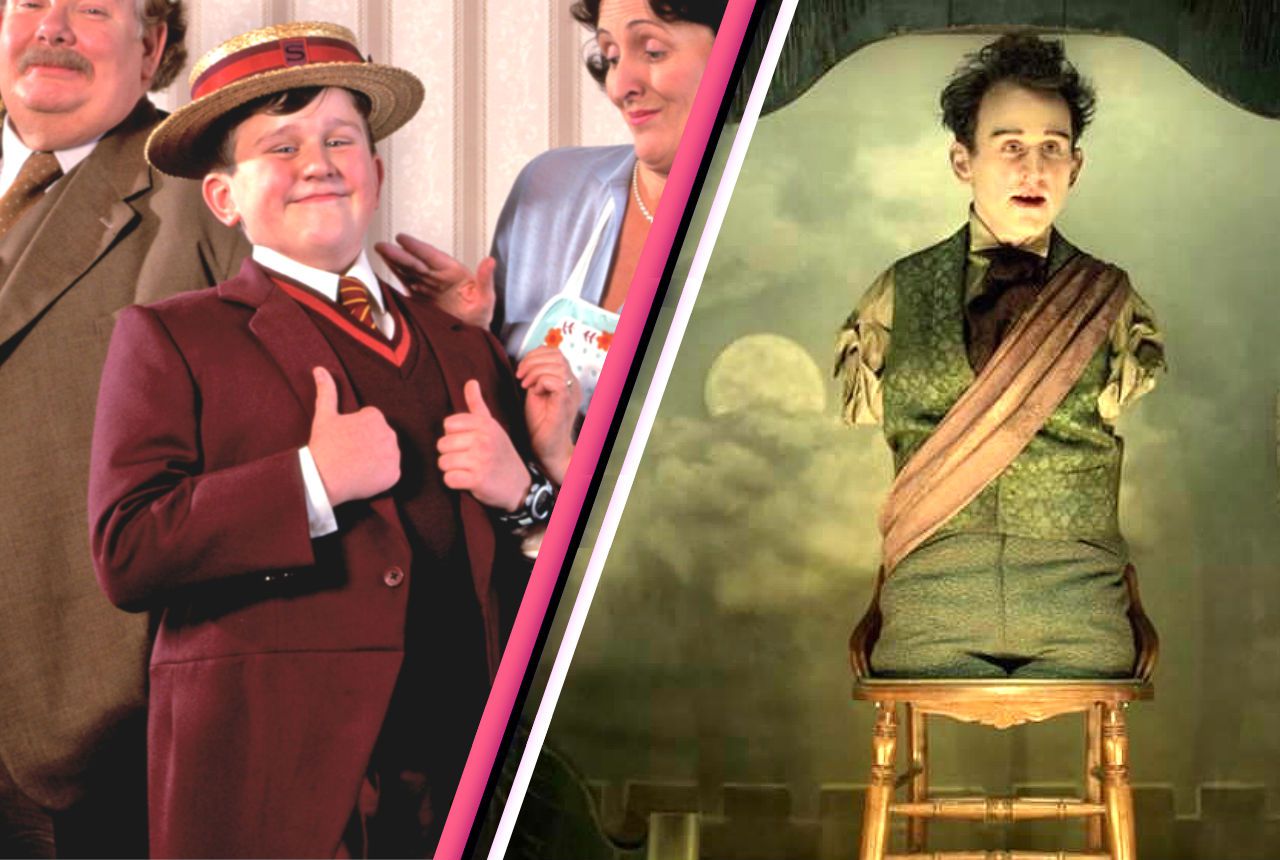 It's crazy to think that in 2019, it will be 18 years since the movie Harry Potter and the Sorceror's Stone came out (or Harry Potter and the Philosopher's Stone for you fans in the U.K.). That means the Harry Potter film series will officially be of adult age. And of course the kid actors who starred in the films are well into adulthood by now. In fact, some of them are already in their 30s. So are you feeling old yet? Well, let's take a look at the child stars of Harry Potter then and now. Because don't you want to see what they're up to these days?

Casting the "Harry Potter" movies must have been tricky as hell since they were essentially signing up a small army of 10-year-olds for a 10-year job. Child actors may have cutness, charm and even a little talent, but there's never any telling if it'll last into young adulthood. When they cast Daniel Radcliffe as Harry Potter himself, they were taking a giant gamble that the cherubic little boy would grow up to be a young man with magnetism, intensity and acting chops.

Well, you know how that turned out. Daniel Radcliffe has become one of the most talented actors of his generation, both on screen and on the stage. His most recent film roles have been starring turns in "Swiss Army Man," "Jungle" and "Beast of Burden." In 2018, he co-starred in the play "The Lifespan of a Fact" on Broadway. We can probably look forward to many more decades of acting work from the Boy Who Lived.

Any casual "Harry Potter" fan will remember that Ravenclaw student Cho Chang was Harry Potter's first real love interest during his time at Hogwarts School of Witchcraft and Wizardry. Remember in "Goblet of Fire" when he tried to take her to the Yule Ball but she iced him for Cedric Diggory? She did later share an on-screen kiss with Daniel Radcliffe in "Order of the Phoenix," which was a pretty big deal at the time.

Cho Chang didn't show up in the "Harry Potter" series until the fourth movie, and actress Katie Leung's casting in "Goblet of Fire" gave her her first on-screen role. In recent years she's had several roles in movies, on TV and on stage. She's also a visual artist, and studied painting, photography and design at London's University of the Arts.

Dean Thomas was never the most prominent member of Harry Potter's squad, but he was the from the beginning, as a first-year Hogwarts School student getting sorted into Gryffindor next to Harry and the rest of his pals. And he stuck around till the bitter end, fighting in the final battle with Voldemort as a member of Dumbledore's Army. We never knew too much about Dean, but we know he's a ride-or-die.

Alfred Enoch, like the character of Dean Thomas whom he portrayed, never had the flashiest role in the "Harry Potter" film saga. But also like Dean Thomas, Alfie Enoch stuck around for the whole thing, appearing in each film of the series. Granted, that's because he was contractually obligated to do so, but still. Credit where credit is due. Since the "Potter" movies, Enoch's most high-profile credit has been playing the character Wes Gibbins for four seasons of "How to Get Away With Murder."

Who's Luna Lovegood? I'll be honest with you, I have no idea. I only saw the first four "Harry Potter" movies. I saw "Goblet of Fire" when it first came out but not since then. I don't even remember if that character is in that movie or not. But, OK, I looked her up online. She's a Ravenclaw. She's a year behind Harry in Hogwarts. Something, something, Dumbledore's Army, etc. She was played by the actress Evanna Lynch.

Evanna Lynch is an Irish actress who, like her young "Harry Potter" co-stars, first became famous for her role in the "Potter" series. But she's remained active since those films, both as an actress and an activist. Most recently, Lynch competed in season 27 of "Dancing With the Stars," which aired during the fall of 2018. She stayed in the competition for the whole season, ultimately placing third in the season finale.

Actor Josh Herdman had the somewhat thankless role of protraying Gregory Goyle, one of Draco Malfoy's sinister sidekicks. No, "sidekick" is too kind a word. How about "henchman"? Nah, even that sounds too important. A toady, that's what Goyle was. Anyway, credit to Herdman for spending his childhood not only playing a villainous character, but a sniveling sidekick to the more popular villain. That must toughen a kid up...

Yeah, do you see? Looks like Herdman toughened up but good. These days, he's not acting as much anymore because, he said, although he still loves doing it, the acting roles more or less dried up for him. So he turned his attention to mixed martial arts. If you didn't want to mess with Goyle when he was casting Slytherin spells with Malfoy, do you think you'd fare any better with him now, in the octagon? Probably not.

Aw, Ginny Weasley. We didn't see much of her way back in "Sorceror's Stone," neither the book nor the movie. Back then, she was just Ron's squirt of a kid sister, showing up at Platform 9 3/4 to see her brother (and Harry Potter) off to his first year of wizard training at Hogwarts School of Witchcraft and Wizardy. But of course she's become a crucial player in the saga later on, fighting the good fight against Voldemort and eventually marrying Harry.

Bonnie Wright played Ginny Weasley for the entirery of the "Harry Potter" film series and has continued a robust career since then both as an actress and, notably, as an emerging director. She turned a university project into her first short film, writing and directing "Separate We Come, Separate We Go," which featured her "Potter" co-star David Thewlis (Remus Lupin) and premiered at the Cannes Film Festival in 2012. Since then, she's directed three more short films and a few music videos.

Seamus Finnegan is a lot like Dean Thomas. He's not the first character you think of when you think of major "Harry Potter" players, but he was a member of Gryffindor from the beginning and he stuck around for the whole series. Basically, he was one of Harry's most solid second-tier buddies. And the kid who played him looks a lot like the boy who gets his tongue stuck to a telephone pole in "A Christmas Story."

Some child actors become popular adult actors (like Daniel Radcliffe and Emma Watson). Other child actors, after they mature, change course and get out of show business. For a while, it looked liked Devon Murray, who played Seamus Finnegan, might have been in the latter camp. He didn't do much acting work at all after the "Potter" series concluded. But in 2017, he showed up in a music video, and he also made an appearance in 2018's "Damo and Ivor: the Movie."

Maybe I haven't read all of the "Harry Potter" books and I haven't seen all of the "Harry Potter" movies, but I know who Hermione Granger is, I'm not an idiot and I haven't been living in a cave for 20 years. And I don't need to have read all the book or experienced all the films to know that Hermione is the best character in the entire "Potter" universe. No wonder the actress who played her became such a huge star...

Still in her 20s, Emma Watson is such a star now that it can be hard to remember a time before she was a part of the zeitgeist. But if you can remember all the way back to the year 2000, you still remember the incredible curiosity the world had about the child stars whom they hired to play the three leads. But anyway, these days Watson is such an icon not only of acting but of beauty and class. She managed to transcend her role as Hermione and become famous in her own right. Remarkable.

Fred and George Weasley Then