These Insanely Expensive Celeb Vacations Will Blow Your Mind 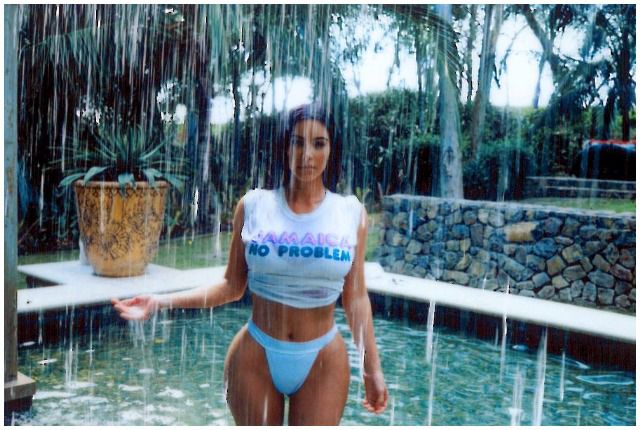 The social media oversharing trend is here to stay. And that's great for us normals who always want to connect more and more with our favorite stars. It's also good for celebrities, because they like sharing pics of their lattes and groceries just as much as we do. But social media also lets celebs show off something most of us don't get to enjoy: private, luxury getaways. Check out these insanely expensive celebrity vacations.

Miley Cyrus And Liam Hemsworth Cozy Up In Costa Rica

Back in Cyrus' shaved-head twerking days, she and now-fiancé Liam Hemsworth spent $21,000 a week vacationing at Casa and Villa at Finca Nosara. Nestled in Costa Rica's lush mountains with jaw-dropping views of the Pacific Ocean spanning the length of the resort, its worth its steep pricetag.

Jennifer Aniston And Justin Theroux Travel To Mexico In Style

Jennifer Aniston and Justin Theroux's favorite spot to relax and unwind is none other than Cabo San Lucas, Mexico. The couple has frequented the glamorous Villa de la Luna which boasts luxury spas and dining, costing the duo $11,500 a week.

What do you get for your celeb BF who has everything? For partner Liam Payne, Cheryl Cole splurged on a $17,000 holiday in Mallorca, flying out the pop star's friends and family for a week-long escape from the spotlight.

Julianne Hough and Brooks Laich kicked  their marriage off with a $475,000 honeymoon. The couple enjoyed $9,600 worth of private helicopter trips in the Seycheles and a $21,000 one-week Kenyan safari.

Kelly Rowland went all out for her family vacation, treating her husband and son to a stay at a jaw-dropping vacation home worth $15,000 a week. The trio enjoyed the tropical paradise of Turks and Caicos with their own private snorkeling garden and 6,000 square feet of living space.

Gwyneth Paltrow left Cali behind as she and her two kids (along with BF Brad Falchuk) soaked up the sun in Punta Minta. The quartet rented a $30 million sprawling vacation home for $40,000 a week courtesy of AirBnB. Of course, the wellness blogger ensured their villa offered farm-to-table meals.

Britney Spears has been famous long enough to know how to vacation in the best homes that money can buy. Spears and her two sons enjoyed their weekend stay at a $30 million Mediterranean mansion seated on the famous "Billionaire's Row" collection of mindblowing homes.

Prince Harry spared no expense in whisking GF Meghan Markle away to the Meno a Kwena camp in Botswana. The British heartthrob secured their privacy with a $1,040-a-night villa that offers stunning views of the Boteti river.

Brunette beauty Olivia Munn treated herself to a birthday bash in Turks and Caicos. The actress, along with her closest friends stayed in a 7,500-square-foot villa that set Munn back $20,000 in just one week.

Sir Elton John and husband David Furnish boarded a private jet with their two sons for some quality family time at the large Italian island of Sardinia. For nearly $10,000, the family enjoyed their weekend away at the $2,400 a night luxury beachfront Hotel Cala di Volpe in Porto Cervo.

Chris Hemsworth went all out for his 34th birthday bash, celebrating with wife Elsa Pataky on Queensland's private Orpheus Island. Hemsworth declared the getaway to be the "best weekend ever" which is no doubt a fitting title for the $20,000 price tag.

Before they headed to splitsville, Angelina Jolie and then-husband Brad Pitt spent $137,000 while vacationing in Phucket, Thailand. The couple and their kids lounged in the costly 10-bedroom, $18,000-per-night Amanpuri beachfront resort. The two-floor pad boasted eight servants and a private gym.

Model Chrissy Teigen and hubby John Legend traveled to Bali in style with daughter Luna in tow. The couple shelled out $76,000 securing an authentic Indonesian experience and Teigen even called out the vacation for clearing both her "body and mind."

To celebrate their anniversary and enjoy one last trip together before the arrival of twins Rumi and Sur, Jay and Bey vacationed in Bora Bora and Tahiti. The icons dropped $230,000 ensuring their privacy on the purchase of secluded over-water villas accessible only by boat.

Gabrielle Union and husband Dwayne Wade treated their son Zion to an unforgettable 10th birthday while vacationing in Europe. During their #WadeWorldTour, the family dropped nearly $100,000 on flights and a private car service along with guided VIP tours of monuments like the Eiffel Tower.

Kelly Ripa and husband Mark Consuelos treated their children to a high-action glamping vacation in the Canadian wilderness of Vancouver. Between the first-class flights, private sea plane rental and lodging at a costly wilderness retreat, the couple shelled out $32,000 for their week-long stay.

The latest Kardashian family vacation was a dual celebration of KimYe's anniversary and Yeezy's 40th birthday party. The couple flew friends and family to the Bahamas in three private jets and rented a spacious private villa (with separate floors for each family) for nearly $500,000.

Jennifer Lopez and beau A-Rod jetsetted to Europe for their 2017 #Baecation, with their French getaway putting the couple back a whopping $350,000. Between the private jets, luxury yacht rentals, sightseeing and high-fashion shopping, this hefty pricetag is no surprise.

Keeping Up With The Kardashians (In Costa Rica)

In January 2017, Kim K and Krew stayed in the $23,000 a night eight-suite Villa Manzu estate on the Peninsula Papagayo in Costa Rica. The property sits on a lush 5 acres and has its own private spa, a theater, its own staff, executive chef and fully stocked garage.