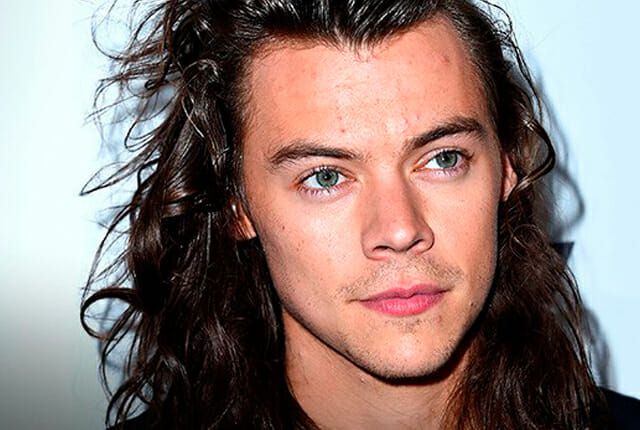 There are some guys that look positively sexy AF when they grow a beard or a mustache. But not everyone can accomplish this. That doesn't mean some celebrities don't try and fail miserably. So instead of getting a manly man beard, they end up with Justin Bieber facial hair. And, no, that's not a compliment. Oh, I'm not dogging Bieber. All I'm saying is that he's certainly lacking in the facial hair department. It's just that some celebrities look like pre-pubescent teens with a hint of hair on their faces, even if they're in their 40s. If you're into bland, barely-there, patchy beards, then check out these celebrities who probably wanted to look a bit more like Henry Cavill, but Mother Nature had other plans.

Belieber It Or Not

In 2013, singer Justin Bieber grew a light stash, which didn't really change much at all, even though he's not 16 anymore. Jump to the 2016 Grammy Awards and the stash looked exactly the same. That patchy blob didn't do much for him, so he eventually shaved it off. Now every celeb trying to grow their beard fears getting Justin Bieber facial hair.

"Juno" actor Michael Cera proved that there's no f*cking way he could grow a mustache to save his life. To prove that, we challenge you to watch a movie called "Youth in Revolt," which Cera stars in and has a stash that makes him look like Gomez Adams from "The Addams Family." We're still rooting for you, man!

When former "One Direction" singer Harry Styles started sporting some blonde whiskers, fans had a sh*t attack! Those fine little gold hairs above his lips and on his chin didn't look too bad, sure! But they certainly didn't give him the full-on beard that the he had been struggling to achieve for so long.

A Twitter user by the name of Yolanda had drawn a beautiful photo of singer Austin Mahone with an equally impressive beard while laying shirtless in bed. Mahone graciously thanked the fan for the drawing and wrote, "It's great but my beard will never look like that." He even added a sad face emoji. Aw!

In 2015, "The Vamps" drummer, Tristan Evans, decided to grow some facial hair over the holidays. Unfortunately, he ended up with Justin Bieber facial hair. And while he posted on social media that he continued to try, on February 15, 2018, he shaved the beard off and he's "not happy about that!" But who needs a manly beard when you're this gorgeous?

Another former "One Direction" member, Niall Horan will show up with a stubble once in a while. But for the most part, every time he grows his hair, he comes off looking like he's just hitting puberty. But that's okay because we're pretty sure that most of his fans would prefer he kept his skin nice and smooth.

Don't Give Sheldon A Facial

"Big Bang Theory" actor Jim Parsons has played Sheldon Cooper for several seasons. But not once have we seen either the character or the actor sporting facial hair. Sure, there was that one episode in the 2009 season premiere that showed him with a goatee, but that was fake. Some people were not meant to have beards and that's more than okay.

The "Bleed For This" actor grew a mustache and some muscles in order to take on the role of Vinny Pazienza. But it took a lot of time and it was veeeery thin. Now obviously, he's got talent and nice hair, but the odds of him growing a mustache like actor Tom Selleck is slim to none.

Logan Henderson played Logan Mitchell on the Nickelodeon series "Big Time Rush." He was also in the band of the same name. Today, the singer's goatee looks pretty darn odd. Notice how the hair on his upper lip is thinner than the hair on his chin? The latter looks like a Chia pet when it first starts to sprout. It's definitely NOT a look, Logan. Next!

Luke Hemmings from the band, "5S0S" didn't have to look far when it came to inspiration for the perfect beard. In 2013, he went on Twitter and wrote, "When I grow up, I wanna beard just like you." The "you" he was referring to was Michael Clifford, his fellow bandmate. But I'm pretty sure fans are totally okay with him staying beard-free.

Calum Hood, the Australian bassist from "5SOS," has wanted facial hair, since always. Sure, he's got a nice set of hair on his head and his eyebrows are thick in a sexy kind of way. But it took him forever to grow this lacking, barely-there beard that is...well, nothing to brag about. Hey! He's got other talents!

Baby-faced singer Bradley Will Simpson from "The Vamps" may have fame and fortune, but in 2011, he tweeted: "I feel like a baby man. I need a beard of something." But that's okay, because honestly, in a world full of hairy men, it's nice to see a guy whose face is as smooth as a baby's bottom.

Imagine a guy growing pubes on his face and you'd probably envision "Pirates of the Caribbean" star Johnny Depp. Now Depp is talented like no other, and he's still one fine looking man, even when he wears a bunch of huts or dons a bandana. But he clearly can't grow a full beard, so why does he keep on trying? It's not like he needs the manly face contour, you know?

When we hear the name Macaulay Culkin, we automatically think of that cute 8-year-old rascal from "Home Alone." But Culkin's not a kid anymore and on occasions, you might see him pop up with a full-on albino beard that's had some fans doing a double take. Oh, he grew up so fast, and so did his golden, almost-transparent facial "hair," if you can call it that. Culkin is seriously giving us Spencer Pratt vibes...and that's not a compliment.

Poor Mark Zuckerberg. He managed to help create Facebook, a social media site that has grown by leaps and bounds and brought the world so much closer. He's also made a sh*tload of cash, and bred two humans with his wife Priscilla Chan. But all the money in the world can't get him to grow a full manly beard.

Before you decide to sport a goatee or a beard inspired by actor James Franco, you should ask yourself if you want to look like you've just had it groomed by Edward Scissorhands. If you're going to grow a beard, make sure it's well kept, thick, luscious, chunky yet funky. Trim it with some scissors and pay a professional barber.

While actor Shia LaBeouf may be a pro at dealing with Decepticons in "Transformers" and psycho neighbors in "Disturbia," he could use a lesson in getting his beard to look a lot more luscious and well kept. Most of the time it looks too thick in some areas, too patchy all over, and too lengthy, well...everywhere. Stop trying too hard.

Actor Adam Brody and his "The O.C." character, Seth Cohen, have something in common. Growing facial hair is a huge no-no. Now he can definitely grow strange, patchy facial hair, but in a hobo-ish kind of way. Brody's facial hair would be totally fine if he were fighting zombies on "The Walking Dead," but he's not on that show. It's time to shave it off, my man.

Reeves Needs A Trim All Over

There's a phone call for "The Matrix" star, Keanu Reeves. It's his shaver, and it's begging him to call him back. While we've seen the actor clean shaven, his facial hair always looks messy, as if he glued fake hair on his face and is trying to pretend like he grew it himself. Seriously, take the hint. The least he could do is grab a brush and comb it.

Levitt's 3rd Rock From The Shaver

Someone please grab "3rd Rock From the Sun" Joseph Gordon Levitt a disposable shaver! That's barely a beard. Whatever he's sporting looks so uneven on top and bushy on the bottom that it's just a hot mess. It's time to accept the fact that life is unfair. Now hold your beard-less head high and walk away.