Camila Villafane
Male Celebrities Who Are Somehow Less Bald Now Than They Used to Be July 3, 2019Leave a comment 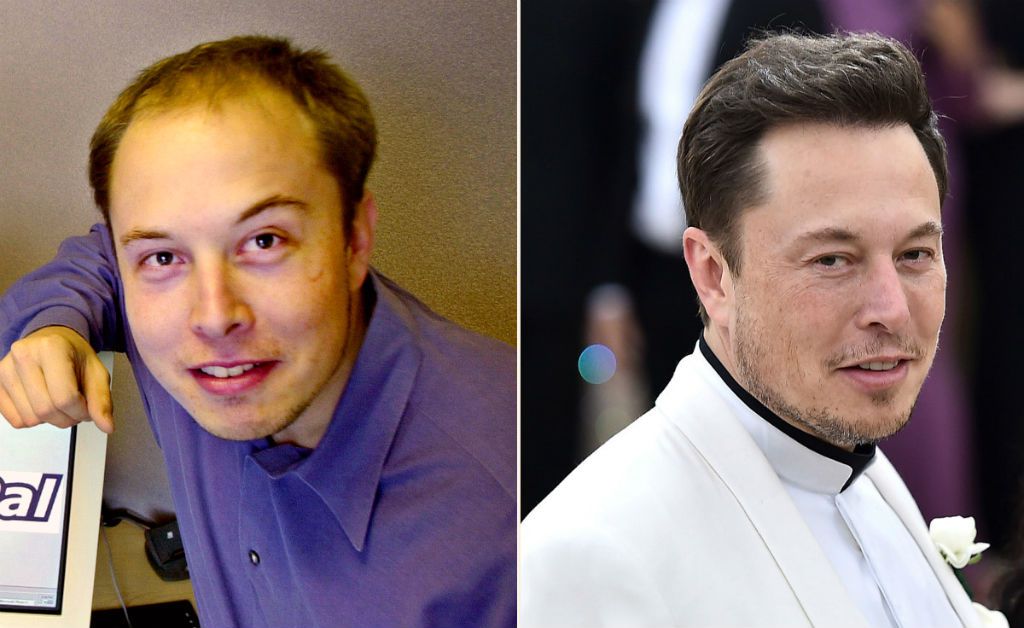 Hollywood stars aren’t immune to male pattern baldness. But while fans have noticed a significant drop in hair follicles in some actors, others celebs have magically regrown their hair. You decide if they used hair transplants, magic, or good old-fashioned toupees...

The New England Patriots quarterback grew his hair out, and people wondered whether he was hiding that he was losing his hair. Brady was allegedly seen leaving a Rhode Island hair transplant specialist which sent rumor wheels spinning. But whatever he did, he looks amazing!

In 2008, people noticed Ben Affleck had short hair and a patch of baldness forming in the back. But as time moved on, it appeared he either used some sort of concealer or he started medicating himself on minoxidil to regrow his hair cause he’s got a ton of hair now!

Matthew McConaughey appeared to be balding in the 1990s. If you watched the film “Boys on the Side” you probably noticed how his hair was thinning on the sides. But rumors suggest he may have gotten hair transplant surgery as time went by, which explains the luscious dreamy locks he sports today.

In the third Twilight film, audiences noticed something was off with Robert Pattinson’s hair. Later on, the teen heartthrob admitted he had to wear a hairpiece to re-shoot the scenes. But it was only temporary, as he had cut his hair for the film Cosmopolis and simply didn't have the correct Edward Cullen hairstyle they needed for the flick. Now he's back to his former sexy self.

Google some photos of what Elton John looked like in the 1970s and you'll probably notice he was a lot balder in those days. But nowadays he’s known for wearing an assortment of bold hairpieces that make him look absolutely fab.

If you saw a photo of Jude Law in 2013, you’ll notice he was balder then than he is a year later in 2014. Could it be the result of hair transplants or a hairpiece? Who knows? But whatever he did to his fluff up his hair, he still looks like a total Hollywood heartthrob.

John Travolta had a great set of hair in the original “Grease” film. But these days, his hair seems to have grown back. Like, A LOT! Is it the result of magic? No. Rumor has it that he asked for reshoots when his hairpiece didn’t look flawless for magazines.

The 007 star had lovely blonde hair, but audiences noticed it had started to thin. And then, just like that, his hair started growing. Some say that the James Bond actor uses hair pieces and combing techniques to make his baldness less obvious. But whatever he did to his hair did shave a few years off.

The former “Two and a Half Men” star’s hair may have thinned over the years, but sometimes his hair reappears. In 2014, he admitted talented professionals used paint similar to shoe polish and then sprinkled powder to make it seem like he’s got hair. But is that really the only upkeeping he's doing these days?

The late Christopher Reeve suffered from alopecia areata since he was 16, which led to him combing his hair to the side to cover up the bald spots. Rumor has it that he used steroid injections every three months to regrow his hair while filming 1978’s “Superman.”

Simon Pegg had been dealing with baldness for quite some time, but it’s tricky losing your hair when you’re in Hollywood. So, he reportedly underwent hair transplant surgery and looked completely different for the thriller film, “Inheritance.”

By 2008, Christian Slater was sporting the V-shaped hairline which is a typical sign of baldness. But by 2012, his receding hairline was no longer receding. Now some say he may have had a hair transplant, but regardless, his surgeon did a spot-on job.

By 1999, the popular singer appeared to be losing his hair. Now whether he used a hairpiece to cover his thinning hair or a hair transplant is anyone’s guess. Maybe he just combed his hair towards the front. Either way, he still looks hot, receding hairline or not.

Steve Carrell appeared to be going bald during season one of “The Office.” But as the series progressed, his hair went from rapidly thinning to a full head of hair. Whatever he did, he looks like a fox now that he’s jumped to the silver screen.

It ain’t no lie that NSYNC's Joey Fatone’s hair went "bye, bye, bye." No one noticed until half of it was practically gone. But he underwent a dramatic hair transplant procedure that gave him a new head of hair and restored his heartthrob look.

The adorable sidekick from “True Lies” and Roseanne Barr’s ex started balding out of the blue and then he wasn’t. But if he’s looking slightly younger than usual, it’s because he supposedly got hair plugs.

The UK musician is adored by millions, but he worried going bald would ruin his connection with his adoring fans. So, he kept his hair full, possibly through the help of a hair transplant procedure. After going bald temporarily, fans stopped noticing any signs of further hair loss, so whatever he did clearly paid off.

When Sylvester Stallone's hair started thinning, he undoubtedly feared that Mother Nature would deny him further roles in Hollywood. So, the action star took steps through the help of hair transplants and it looks like it was a good investment.

The loudmouth but well-renowned chef and producer was going bald so he got himself a hair transplant before all those loose hairs wound up causing a health code violation. Unfortunately, he wanted it kept a secret but a PR exec leaked the news.

David Beckham was a great soccer player, but he’s also a model and an actor, which meant that a receding hairline wasn't something that would sit well with his supermodel/athlete vibe. So, he reversed his hair loss with a transplant and now he looks younger than ever, especially for a guy in his 40s.

A 2000s picture of Brendan Fraser startled fans who couldn’t believe he was losing his hair. But after undergoing a public hair transplant, Brendan went back to having gorgeous hair that really suited his wholesome heartthrob vibe.

The British-American TV personality claimed that bleach and ponytails may have contributed to his fragile thinning hair, which was quite apparent in 2008. Ever since then, he had three hair transplants since and looks seriously awesome. He did post on Twitter that he can’t have a fourth procedure. He didn't really specify why that is, but rumor has it that his donor site has been exhausted after so many transplants.

The Irish singer-songwriter had a great career as the U2 frontman, but he was virtually running out of hair. So, he underwent a hair transplant like most celebrities in his predicament would. Now he has a set of hair that he’s proud of and fans love.

90s teenagers remember the Backstreet Boys’ heartthrob, but fans had a tough time recognizing AJ McLean without all his hair. So, he told his Instagram followers about his hair loss issues and shared he had a hair transplant, and now he’s a total cutie. Doesn't he look like he got frozen in time? Not too shabby for a guy in his 40s.

The soccer star looked great with a shaved head, but when his hair was no longer thin, he went on Twitter and confessed he started losing his hair when he was 25. He also admitted he was delighted with the results of his hair transplant and we definitely agree with him.