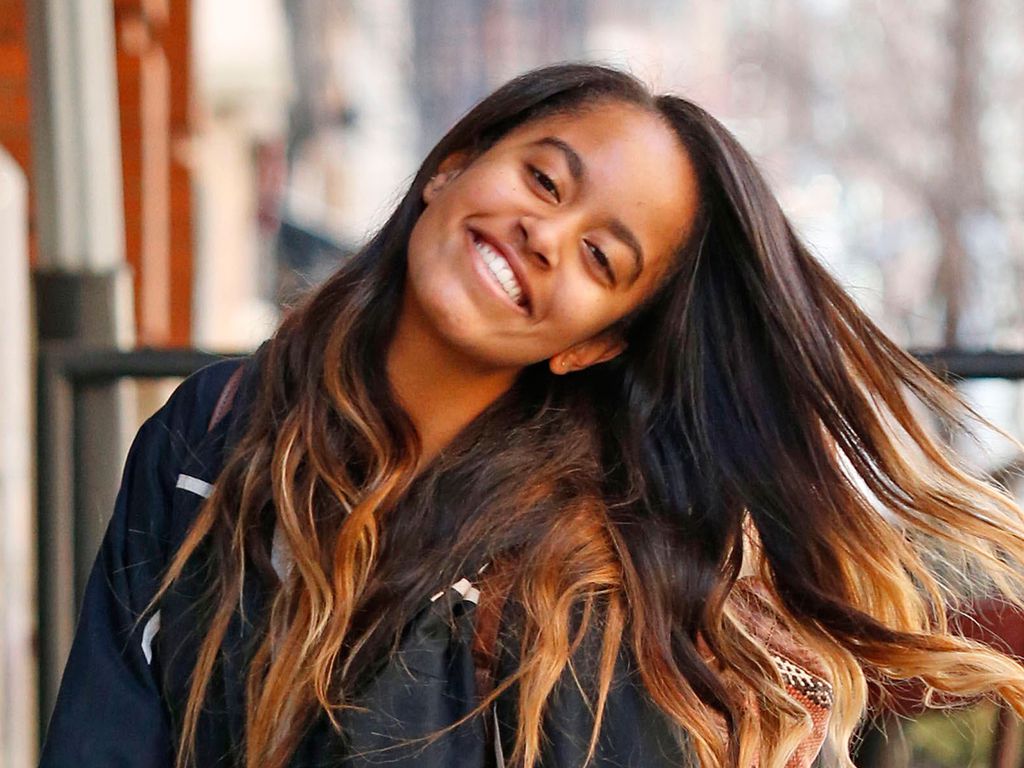 We know tons about former U.S. President Barack and first lady Michelle Obama. But a lot of people don’t realize their oldest daughter is amazing too. So here are a bunch of fun facts about Malia Obama, the child who grew into an impressive woman right under our noses...

Malia Sneaked Out of the White House to Celebrate Gay Marriage

Michelle Obama wrote in her memoirs, "Becoming," that in June 2015, Malia was about to go to bed when she saw a purple light coming through one of the White House windows. Once she realized it was part of a light show celebrating that day's legalization of gay marriage, both she and Michelle, sneaked out to join the crowd.

Malia Is a Video Vixen

Malia lip-synced and mimed playing the harmonica in a music video for the Boston-based rock band New Dakota. And we have to say she seriously rocked the indie band’s “Walking on Air” song. But we wonder what dear old dad thought about her singing chops.

Malia Has a Boyfriend

Malia met Rory Farquharson while the two of them attended Harvard. Since then, they’ve been seen going on European vacations and cuddling together while going on romantic dates around London. Hopefully, Rory managed to impress Malia's dad, which probably wasn't easy given the fact that he was the freaking president of the United States, right?

You probably remember the 2017 Las Vegas shooting in which Stephen Paddock, 64, opened fire on a music festival in Las Vegas, killing 58 people. According to TMZ, Paddock had two months earlier booked a hotel in Chicago, insisting on a room with a view of Grant Park, where the Lollapalooza music festival was happening at the time. Had Paddock originally targeted Lollapalooza? If so, Malia Obama might have been in danger. She was at the festival.

When Malia turned 16, Michelle Obama went on “The Tonight Show” and warned everyone in D.C. that her daughter had a new car, so they needed to be careful now. But people probably had nothing to worry about despite the first lady’s teasing concerns.

The Secret Service Helped Malia Out

Secret Service agents were the ones who taught Malia how to drive. Not exactly the regular way a teenager learns to drive! But being the child of the leader of the free world has its perks. Still, it must have been tough getting used to driving her own car after being chauffeured for so many years.

Malia Is a Harvard Girl

When Malia enrolled in Harvard, she knew she had made her mom and dad proud. But despite Barack and Michelle Obama's busy schedules, they still helped their daughter move into her new and exciting college life.

Malia Was a TV Intern

In 2015, Malia became an intern on HBO’s hit comedy series, “Girls.” But she wasn’t some pushover that brought everyone their coffee. They had her training to be a writer's assistant. The show’s creator, Lena Dunham, even called her an angel.

Malia Was a Test-Tube Baby

In her book, “Becoming,” Michelle Obama discussed using in vitro fertilization to have her daughters Malia and Sasha. She took this path to conceive after suffering a heartbreaking miscarriage. Fortunately, it all worked out in the end and they're one big happy family today.

Malia is an aspiring filmmaker. In 2015, she visited New York University, which has one of the best film programs in the nation. Then in 2017, she returned to New York for an internship reading scripts for the Weinstein Company.

Splash Mountain is her favorite ride at Disneyland, and can you blame her? The ride has three catchy tunes like “Zip-a-Dee-Doo-Dah." Then there’s the view, the drop, and the splash. Malia has been seen enjoying the ride several times with her besties.

Malia Is Literally a Doll

In 2009, Ty Inc. created a Marvelous Malia doll to honor the first daughter. If the company sounds familiar, it's because they're also responsible for creating the iconic Beanie Babies. Oh, and Malia's kid sister wasn’t left out. Ty also made a Sweet Sasha doll.

Malia Is a Seasoned Globe-Trotter

Malia has gone on lots of family trips. She’s toured her way through Europe and rafted in places like Bali. And of course, she’s been to England with her boyfriend Rory Farquharson. Who knows where she’ll go to next?

Even before she moved into the White House with her family, Malia was already pretty busy. Her extracurricular activities included drama, dance, piano and even soccer, which she loves more than any other sport.

Malia's such a fan of professional soccer that when she went to Argentina with her dad, she tried to meet famous Argentine soccer player Lionel Messi. Unfortunately, his busy sports schedule made a meet-and-greet pretty much impossible.

Barack Obama is a whopping 6 feet 1 inch while her mom Michele is 5 feet 11 inches. Interestingly enough, Malia is the same height as her dad, which is what gave her some serious advantages when she played sports.

The Obamas are well off, but Barack and Michelle were careful not to spoil their daughters. For that reason, they didn't buy Malia gifts for her birthdays. They did throw her birthday parties, but justified the parties as expense and celebration enough to mark the annual occasion.

Malia Obama is so gorgeous that she managed to catch the eye of the fashion industry. She’s been featured in a number of fashion magazines and website like Harper’s Bazaar, Vogue and InStyle sporting some fabulous outfits.

Malia's a Sucker for Tennis

Although Malia would likely put soccer above other sports, she was also on the varsity tennis team when she was in high school. Once again, her impressive height played a major advantage. She was so good at the sport, she could have given professional tennis players a run for their money.

Malia Had to Do Chores Too

Although the White House provided her family with maids and butlers, the Obamas made Malia and her sister Sasha make their own beds, get themselves ready for school every morning, and even clean up after their pets.

Malia Shares a Birthday With America

Malia was born on the July 4, which means that when the nation’s out throwing fireworks in the air, they’re not really celebrating her B-day. They’re celebrating Independence Day. So, technically, America upstaged Malia. But we're sure she doesn't mind.

Malia Has a Huge Heart

Malia has traveled to places like Spain, Morocco and Liberia to help adolescent girls get a decent education with the help of the Let Girls Learn organization. For many people around the world, Malia is a beacon of light and inspiration for young women everywhere.

Malia may be a popular public figure, but as far as we know she has no official Instagram account. So don’t expect to find Malia promoting a lip challenge or a beauty product like Kylie Jenner.

Rumors popped up that Malia had a secret Facebook page where she wrote some not so nice things about Trump. But Chelsea Clinton went on Twitter to defend Malia, stating that she’s a “private citizen” and that “no part of her life should be anyone’s clickbait.”

Malia was enrolled in Sidwell Friends School along with her sister Sasha. It’s a prestigious institution, and Chelsea Clinton went to the same school when her dad, Bill Clinton, was POTUS.

In 2012, Malia went on a trip to Oaxaca, Mexico, with her classmates to practice her Spanish. Then she spent the summer of 2016 doing an internship at the embassy in Spain before taking a secret three-month trip to South America. She can also speak Spanish better than her dad.