Where Are They Now? The Cast Of “Mean Girls” 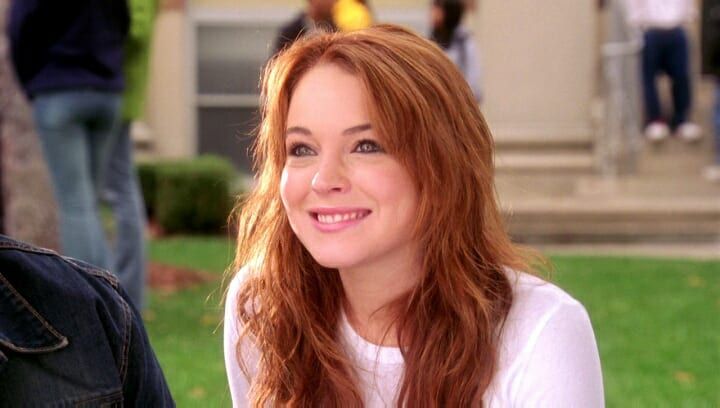 Mean Girls was one of the biggest surprise hits of 2004. It rightfully launched several careers into orbit. Some of the cast are huge stars today. Some became stars but faded away. And others have yet to make it really big. But in a movie full of colorful characters, just about every member of the ensemble is memorable in this movie. So take a look back and this '00s classic teen movie. Check out the Mean Girls cast then and now, and see how much things change.

Cast your mind back to 2004, when Lindsay Lohan was fresh-faced, cute, full of collagen and poised to take over Hollywood for the young millennial generation. After gaining some attention with “The Parent Trap” and “Freaky Friday,” Lohan would launch herself into show-business stardom with the success of “Mean Girls.” The world was her oyster, and she was about to shuck the s--t out of it.

But oh, boy. The 10 years following “Mean Girls” were not smooth sailing for Lindsay Lohan. Though she remained a box-office draw for a few years, so almost always made headlines for all the wrong reasons. Hard partying, drunk driving, disatrous dating, high-key family drama, rehab, etc. Over time, she controversied her way out of the box office and out of tabloids too. We don’t hear much from her these days, but we’re still hoping for a true comeback.

It’s easy to forget there was a time when Tina Fey wasn’t the all-powerful comedy tsarina she is now. In 2004, Tina Fey was mostly known for being the popular “Weekend Update” anchor and head writer for “Saturday Night Live.” But then she adapted the non-fiction self-help book “Queen Bees and Wannabes” into the screenplay for “Mean Girls,” kicking off her takeover of comedy in show business.

Fourteen years later, you’re looking at the creator, writer and star of a little show called “30 Rock,” creator of “The Unbreakable Kimmy Schmidt,” author of the memoir “Bossypants” and star of, like, a s--tload of movies. She also managed to win two Golden Globes, four WGA Awards, five SAG awards and nine freaking Emmys, not to mention becoming the youngest-ever recipient of the Mark Twain Prize. Not too f--king shabby.

Rachel McAdams had a huge year in 2004. Before that spring, the biggest movie she’d been in was “The Hot Chick” with Rob Schneider, which didn’t exactly put her in the zeitgeist. But in April and May of 2004, both “Mean Girls” and “The Notebook” became huge hits, and we haven’t really stopped talking about Rachel McAdams ever since. (It also didn’t hurt that she dated America’s boyfriend, Ryan Gosling.)

McAdams has stayed busy since “Mean Girls” launched her career. She scored big with “The Notebook,” of course, then “Wedding Crashers,” Woody Allen’s hit “Midnight in Paris” and a leading role in the second season of “True Detective” on HBO. And she earned her first Academy Award nomination for play investigative journalist Sacha Pfeiffer in 2015’s “Spotlight.” There’s no sign that Rachel McAdams is going to fade into obscurity anytime soon. After all these years, she still so fetch.

Amanda Seyfried was the unsung hero of “Mean Girls,” playing the dim-witted Karen in her first movie role. It didn’t quite make her the star she’d eventually become, but it’s definitely the first time most of us saw her. And she was hard to forget, so much so that in any role she took over the next few years, she made us go, “Hey, it’s that girl from ‘Mean Girls’!”

It took a few years, but eventually Seyfried earned the fame she deserved after a recurring role in “Veronica Mars,” a regular spot on HBO’s “Big Love” and a major part in “Mamma Mia.” Soon enough, she stopped being “that girl from ‘Mean Girls’” and became Amanda Seyfried. And yet we’re still not sure how to pronounce her name. Sigh-fred? Say-fryed? See-freed?

Lacey Chabert's part as Gretchen of the "Mean Girls" Plastics couldn't have been farther from role as mousey, intelligent Claudia Salinger on "Party of Five," which was her biggest claim to fame at the time. But she struck a chord as the gorgeous but put-upon lieutenant to Rachel McAdams’ Regina George. She also gave the movie its greatest catch phrase by trying and failing to make “fetch” happen.

Since “Mean Girls,” Chabert has worked steadily in movies and on TV. She’s carved a particularly successful niche for herself starring in made-for-TV movies, specifically in movies for the Hallmark Channel. No small thing considering the cult audience Hallmark enjoys. "I love working for Hallmark,” Chabert said. “They've been so good to me. I have friends there now. I'm proud of their movies and the message of their movies.”

You definitely remember Jonathan Bennett in “Mean Girls” because he played dat boi Aaron Samuels, the blank-slate football star, ex-boyfriend of the villainous Regina George and love interest for the hero Cady Heron. Bennett didn’t exactly become a household name after “Mean Girls,” but, around the same time, you probably saw him pop up on TV. He had roles on “Boston Public,” “Veronica Mars” and “Smallville.”

Interestingly, Bennett starred in two direct-to-DVD movie prequels. He played young Bo Duke in 2007’s “The Dukes of Hazzard: The Beginning” and young Van Wilder in 2009’s “Van Wilder: Freshman Year.” He also competed on the 19th season of “Dancing with the Stars” in 2014, finishing in ninth place. These days you can see him as the host of “Cupcake Wars.”

If you’re wired a certain way, you always had crushes on the goth girls in high school. If that sounds like you, then you probably weren’t as interested when you saw “Mean Girls” in Lindsay Lohan or any of the Plastics as you were in Janis. She was played by Lizzy Caplan, who at that point was known mainly for showing up in a handful of “Freaks and Geeks” episodes a few years earlier.

Outside of Tina Fey, Rachel McAdams and pre-crash-and-burn Lindsay Lohan, Lizzy Caplan is arguably the biggest star to emerge from the “Mean Girls” ensemble, with parts in "Cloverfield," "Hot Tub Time Machine," "127 Hours," "The Interview" and more. But she really raised her profile with a dramatic turn as the lead on Showtime’s “Masters of Sex.” More recently, she popped up in “The Disaster Artist,” playing herself.

Amy Poehler was already well established as a three-year veteran of “Saturday Night Live” by the time “Mean Girls” came out, and was just becoming a comedy star at the time. (Of course, she was already a goddess among comedy nerds for co-founding the Upright Citizens Brigade Theatre in New York, which has fed new talent into every comedy movie and TV show you’ve seen for the last 15 years.) Her role as Regina George’s “cool mom” in “Mean Girls” is even more memorable than the Plastics themselves.

Some people become big stars on “Saturday Night Live” but then completely disappear as soon as they leave the show. (Like when was the last time you saw Cheri Oteri?) Thank God Amy Poehler didn’t suffer that fate. Instead, she gave us Leslie Knope on “Parks and Recreation” and put “Broad City” and “Difficult People” on TV. I mean the woman’s been nominated for 18 Emmys, people. Do you really need me to explain to you whatever happened to Amy Poehler?

Daniel Franzese played Damian Leigh, Janis Ian’s gay best friend who, along with Janis, introduces Cady Heron to the school and explains the “mean girls” clique. The role was a bit of a departure for Franzese, who at that point had earned notice mainly for his role as one of the co-conspiring teen murderers in Larry Clarke’s true-crime “Bully” from 2001.

Although Franzese played a gay character in “Mean Girls,” he himself didn’t come out until 10 years later. He did so by writing an open letter to his “Mean Girls” character, expressing his admiration for Damian’s courage to live out loud. Since coming out, Franzese has been an activist for the LGBTQ community and for people living with HIV/AIDS.

In terms of movie roles, Rajiv Surendra’s small part in “Mean Girls” is probably his most high-profile gig to date. Curiously, though, he’s more famous these days for a movie role he didn’t get. Surendra wrote “The Elephants in My Backyard,” a book that chronicles his unsuccessful campaign to score the lead in the film adaptation of “Life of Pi,” a part he was certain he was destined to play, but didn’t get. The book was a hit.