Most Disrespectful Celebrity Wax Statues of All Time 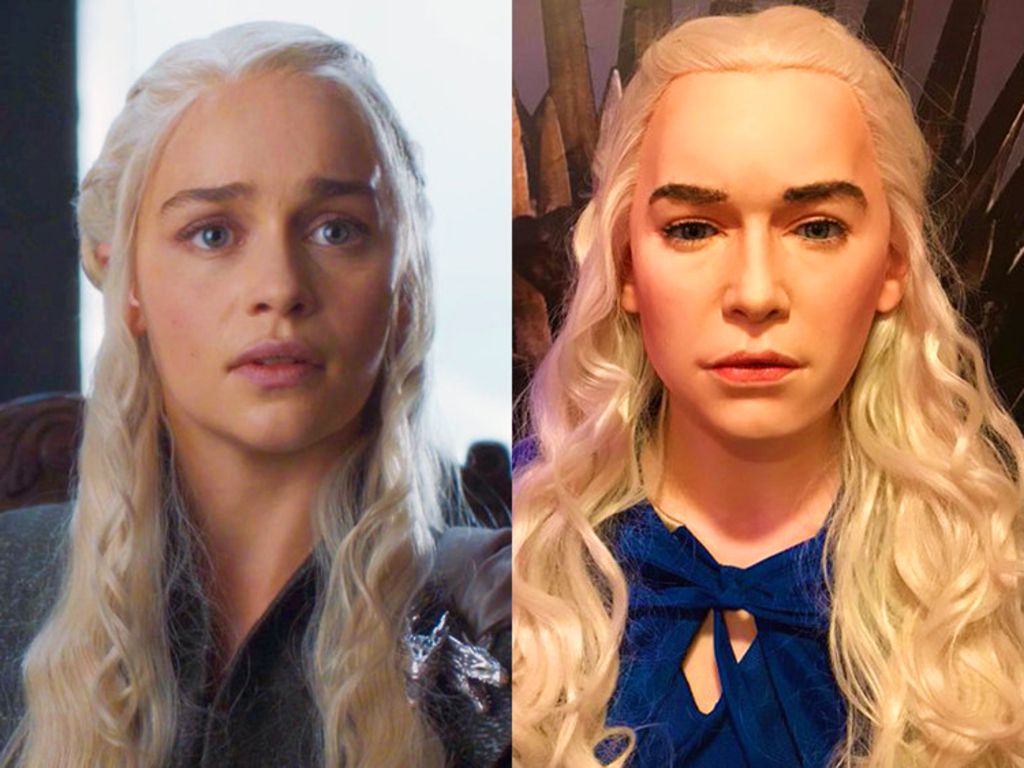 When a wax museum offers to honor an A-lister with a wax figure, one would expect the statue to somewhat resemble the star. But the artists who sculpted these figures must have had one too many when they came up with these likenesses which are so awful that they're actually insulting.

When actor Chris Hemsworth went to visit his doppelgänger in Hollywood, California, he raised a brow in disbelief. With the exception of Thor’s costume and hammer, the figure looks nothing like him. The hair’s all wrong, and there’s something soulless about his expression.

This wax figure of Miley Cyrus leaves a lot to be desired. For starters, it’s sort of cross-eyed, and they seem to have really aged her to the point where we barely recognize the star. She kind of looks like she was left inside the microwave for too long. They should've stopped while this statue still looked somewhat human.

If you visit this one in person, try not to look Naomi in the eyes. If the artist was going for that deer-in-headlights look, they nailed it. And her neck is really giving us giraffe vibes, sorry queen!

Aside from Swift’s death glare and her lurking ex-boyfriend Calvin Harris, the funniest part of these figures is their outfits. These wax statues are on display in Germany, so they are dressed in traditional Bavarian clothing!

Oof, this one looks like it hurts. When making a wax figure, maybe it's best to just keep the star in a standing position. From the wrong angle this looks less like the 'Toxic" singer and more like Linda Blair in "The Exorcist."

We know Robert Pattinson’s “Twilight” character Edward sparkled sometimes, which might explain why the artist of this figure made his skin look so oily and sweaty. The figure also looks a bit more like Brad Pitt than Pattinson.

Laverne Cox is really beautiful in real life, but this wax statue, which was unveiled in Hollywood, California, is seriously insane. It looks they splashed baby powder on its face and dressed it in a hideous white dress with creepy claw prints. And if that wasn’t bad enough, they also gave her some questionable pink gloves that really make us wonder what they were thinking.

Selena Gomez is only 27, but wax has a way to add on the years. The young actress looks at least double her age in this artist’s rendition, but we can only hope it’s just bad lighting in this photo.

Poor Prince William. They went ahead and gave his doppelganger a face that will haunt you in your dreams. If they wanted the prince to look like those horrifying masks people wore in “The Purge” movies, then mission accomplished.

Madame Toussauds turned Canadian singer Celine Dion into one of the long-lost Sanderson sisters from “Hocus Pocus.” The contouring brings a lot of unwanted attention to her nose and that crooked smile makes it seem like the statue is having a stroke.

Poor Bey! She’s an all-around rockstar and diva extraordinaire. You'd think she would deserve better than to get turned into pole dancing Barbie. If this wasn’t bad enough, there’s a history of people messing with her statue.

Princess Diana was known as the people’s Princess because of her warmth and her kindness. But this wax figure lacks any of Diana’s features. Its skin seems so sweaty and the hair looks like it was transplanted from a Justin Bieber figure.

This wax figure of Angelina Jolie as Lara Croft in “Tomb Raider” can be found at the Los Angeles Wax Museum. It'll probably give you a good laugh in person. Her statue ended up with Luke Perry's forehead and the expressionless stare of someone being told that there's a new "Tomb Raider" movie in the works.

Emilia Clarke’s wax figure is supposed to represent what the actress looked like while playing Daenerys Targaryen on “Game of Thrones.” But she ended up looking like a busted down version of Orlando Bloom as Legolas in “Lord of the Rings.”

Fans weren’t happy when Madame Tussauds London announced their Ariana Grande wax figure on Twitter. The looked was inspired by classic Ari, which explains the ponytail and knee-high boots. But why did she end up looking so strange when they managed to get each an every one of her tattoos in place?

New Zealand singer Lorde has the kind of face that is hauntingly captivating. But her wax twin is just haunting. She's kind of reminding me of that girl from "The Ring."

At the Louis Tussaud House of Wax Museum in Great Yarmouth is this hideous facsimile of 'Posh Spice' Victoria Beckham. She practically looks like Justin Bieber... with bad makeup... after a stroke.

Musician Boy George is a cultural icon who would probably laugh his head off if he saw this. The wax statue looks more like a fortune teller at a carnival than a Grammy winner who has sold 50 million records.

If you think President Trump is a few shades too orange, then wait until you see his wax statue. It looks like someone embalmed the 45th president of the United States with Cheetos dust.

We get that the folks at the Hollywood Waxworks in Los Angeles, California, were trying to create a version of Jennifer Garner from the spy drama “Alias.” But the statue’s face is so stretched out, we had to really squint our eyes to figure out who it was. We're getting some major Kevin Bacon crossdressing vibes, too.

It’s hard to imagine this wax statue looking anything like actress Julia Roberts. The hair color is all wrong, her nose is too thick and her smile is seriously creeping me out.

About the nicest thing that can be said about this wax statue of Mel Gibson is that its eyes look kind of pretty. That sweaty glistening skin and that creepy grin give off some serious Jack Nicholson vibes from his role as the Joker in the 1990’s “Batman” film.

The “Scorpion King” statue of actor Dwayne Johnson has serious stink face. Why would anyone want to capture the precise moment when "The Rock" smelt someone's body odor? We'll probably never know.

When Madame Tussauds unveiled the Nicki Minaj wax statue in Las Vegas, Nevada, tourists started taking inappropriate photos with it, which is to be expected given the fact that they chose that pose. Sadly, the wax rapper ended up looking nothing like herself and more like Princes Leia in the gold bikini from "Star Wars: Return of the Jedi."

The real Nicole Kidman is elegant, poised, and out-of-this-world beautiful, but her waxy counterpart looks a lot more like Kidman's evil twin. They really went all out when they sculpted her forehead, which is about twice the size of a normal one. You’d almost expect an alien to burst out and blast spectators!

Singer Sam Smith is all smiles with his arm around his wax figure. But the statue itself looks like a deer caught in a headlight. It’s like it’s saying, “You mean to tell me I’m not a real boy?”

The Meghan Markle wax version looks more like some robot who has traveled back in time to replace the Duchess of Sussex. Even the look in its eyes and that inhuman smile seems to be saying, “Prepare to be terminated.”