27 Reasons Why Paige Spiranac Is Our Favorite Golfer 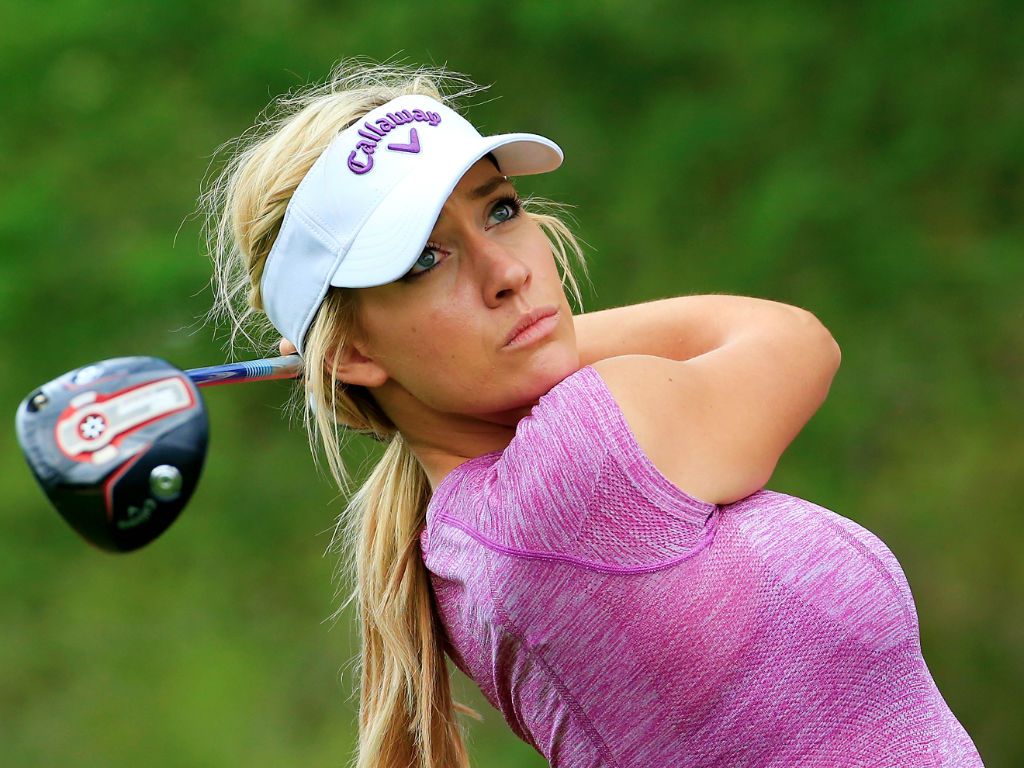 Paige Spiranac is an American professional golfer who loves to show off her golf skills and can get a hole in one like no other pro out there. But she’s a social media personality, too. And once you see these photos, you’ll see why Paige Spiranac is our favorite golfer.

She’s The Queen Of The Green

Meet Paige Spiranac. She’s the queen of the green, and she’s ridiculously stunning. No, seriously. If she hadn’t gotten into golfing, she could’ve easily rocked the runway. Her golfing skills are probably her best asset. But there are other reasons why Paige Spiranac is our favorite golfer.

Spiranac currently has 1.6 million followers on Instagram and it’s easy to see why. At first glance, she looks more like an Insta-model. Who knew that golfing outfits could look this good? She rocks it like no other, and her curvy body will “steel” your heart.

This beauty might be a pro-golfer, but she’s got a thing for football too. In fact, she’s a total Pittsburgh Steelers’ fan. But that’s probably thanks to her parents. She wrote on a photo she posted on Instagram that, “You guys know I love golf, but some of you probably didn’t know that I’m a huge football fan too. Both my parents are from Pittsburgh so I love my Steelers!”

Her Beanie’s A Good Luck Charm

She also wears her Steelers’ beanie hat to every Steelers game for good luck. But she claims:  “It hasn’t worked so much the last couple years but this is the year!” But this Steelers’ fan has more to offer than good luck.

She’s A College Graduate Too

Besides looking Insta-stunning, this beauty has brains to match. She started college at the University of Arizona before transferring to San Diego University to finish up her major in communications. Before she graduated in 2015, she was part of her college’s golf team. But this wasn’t her only passion.

She Used To Be A Gymnast

Before golfing became her thing, she spent time at the US Team Training Center at the Karolyi Ranch to practice. She was, after all, a competitive gymnast. And she wasn’t a slacker either. By now, you probably already figured she’s a rockstar at anything she sets her mind to.

But She Loves Golf More

She ditched gymnastics and got back to golfing. With her help, her team won the Mountain West Conference Golf Championship. She also won other matches like the Colorado State Match Play Tournament and was medalist with 68, according to her Instagram.

And She Has A Dream

Spiranac has one goal in life, and that’s to earn a spot on the LPGA Tour so she can play with the best women golfers on the planet. And it’s safe to say that she will undoubtedly achieve this goal someday given the way she trains.

But She Runs A Little Funny

Everyone has their own unique quirks. Spiranac’s quirk is that she runs funny, according to her. So, she does some stretching exercises for her calves after she’s done going on an amazing run. But why is she so athletic? Blame her parents.

Her Parents Are Athletic Junkies

You could say that athleticism is in her DNA. In 1976, her dad, Dan Spiranac played free safety for the Pittsburgh National Championship football team. Her mom, Annette Spiranac was a pro ballet dance. And her sis, Lexi, was a track and rowing competitor at Stanford University. But she’s the one who ended up on Sports Illustrated.

Spiranac blessed us with her beauty on the pages of Sports Illustrated Swimsuit issue in 2018. The golfing goddess looked incredibly fit as she sat on a dirt bike wearing a Top by Mikoh and a swimsuit by SLATE SWIM. It left many of us speechless.

But She Got Shaded By Golf

When she was invited to play in Dubai’s Ladies European Tour events in 2015 and 2016, she didn’t get a lot of love from a Golf in Dubai executive, who claimed: “The game must open up to ‘savvy, social-media types’ to attract new talent to the sport.”

And The Blows Kept Coming

English female professional golfer Laura Davies wasn’t impressed by Spiranac either. She said: “If she’s here for any other reason than she’s a great golfer, then it’s a little bit pointless.” Ouch! So why was she getting so much backlash?

She Missed The Cut Too

She didn’t make the cut in either the 2015 or 2016 Ladies European Tour Events. But it wasn’t the loss that hurt her. It was the feedback and obviously the stress of it all.  “There was a lot of media, it was really stressful and I found the experience really hard.”

She’s Gotten A Lot Of Hate

In 2016, she was asked during a news conference about the cyberbullying she’s received, and she got pretty emotional about it. It all happened shortly after she made her professional debut at the Omega Dubai Ladies Classic and it didn’t end with her.

Her Family Took The Hit Too

Online haters have been having a feast trolling Spiranac. But they also targeted her family and friends, too. Things got so bad that most people in her place might have considered calling it quits, and vanishing from the spotlight.

She Became A Target

Spiranac hadn’t realized how being in the spotlight as a pro-golfer and a social media guru would affect her personal life. And it didn’t stop, at least, not right away. And she had to deal with this while she was trying to play too.

She Was Fed Up With The Injustice

Spiranac didn’t enjoy being judged for being on social media or for wearing the type of clothes she wore. She found it in unfair that people would say things like: “You only show some cleavage, that’s why you have what you have.”

Because She Was Different

Spiranac isn’t the kind of gal who will conform to what people think golf should be. But she feels as though golfing has always been a game for middle-aged men, and that her presence in a male-dominated sport has shaken the game’s foundation. Not that she cares.

She Stood Up To Hate

She took a three-week break from social media to bounce back after haters sent her into a bit of a depression. But she knew that if she quit, her haters would win, so she refused to let that happen. But the ordeal had left her feeling uneasy about her ensemble.

But She’s A Bit Self-Conscious

Spiranac is confident in her abilities as a golfer, but she has found that being fashionable at a golf course certainly draws a lot of unwanted attention. She just doesn’t get why it has to be such a big deal.

Are Leggings Really The End Of The World?

Since a lot of guys tend to play golf, they expect to see everyone wearing pants instead of leggings. But when a bombshell like Spiranac walks in, it leaves them shaken. “When someone comes in wearing leggings instead of trousers, it is like the world is ending.”

But Is Only A Golfer In Spirit

While Spiranac remains a professional golfer in spirt, she has taken a break from the sport she loves to pursue a cause that will hopefully change the way women are perceived in the world of golf. “I always felt like I never belonged and it is tough because I am a good player, I know what to do but I still don’t like going to new clubs because I am worried someone will say my skirt is too short or I don’t have a collar.”

She’s Changing The Face Of Golf

Paige Spiranac is our new favorite golfer, but she’s on a personal mission to change the face of golf, one hater at a time. She told The Guardian: “I love golf, I think it is a great game but I think there are a lot of things that need to change. I think it needs to become more progressive, more inclusive.”

Bring It On, Haters

She’s well aware that by talking about it, she’s undoubtedly going to get more haters, but it will also get people talking about making a real change. “I am just trying to get people to feel more comfortable because I know I’m not alone feeling that way. That’s why people are not getting into golf,” she said.

She’ A Golf Ambassador

Spiranac has done it all, and now she’s an ambassador for an anti-bullying charity, the Cybersmile Foundation, and she’s trying to change everyone's perception of golf so that her favorite sport will be a whole lot more inclusive to everyone, including her.

She’s Looking Toward The Future

It remains to be seen whether Spiranac will be able to change the dismissive attitudes pro golfers and fans have towards beauties like herself. But her ongoing efforts will undoubtedly stamp out bullying in golf for good someday.