Pregnant Celebrities Who Had to Hide Their Baby Bumps on Set

Camila Villafane
Pregnant Celebrities Who Had to Hide Their Baby Bumps on Set August 26, 2019Leave a comment 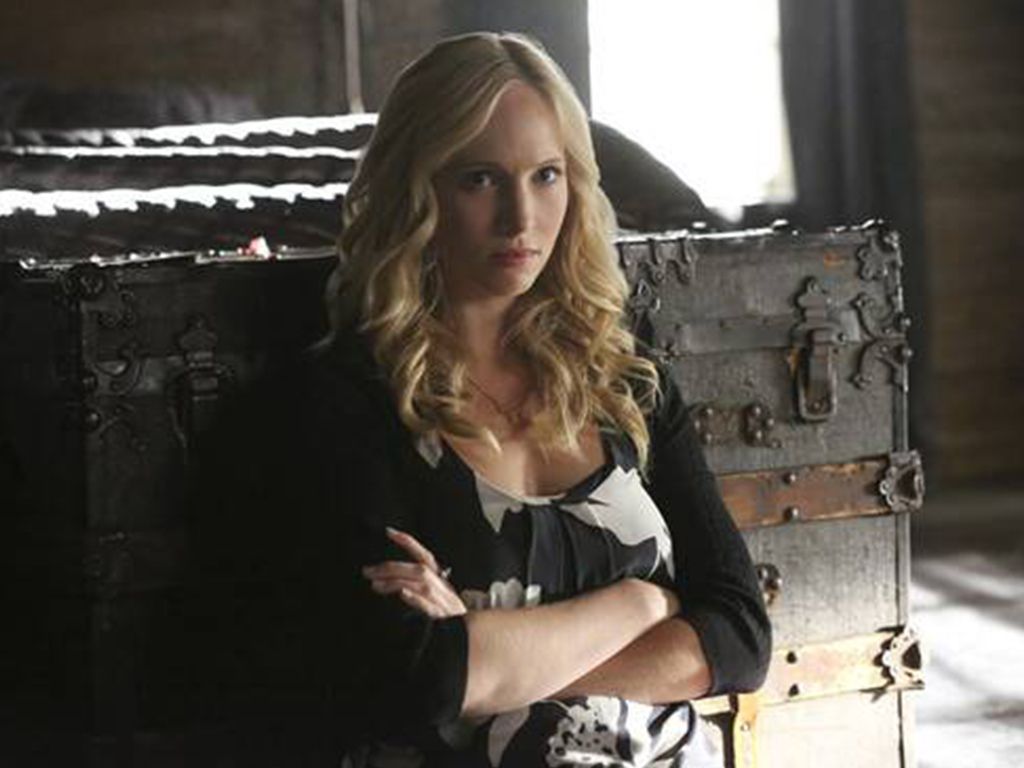 The following celebs were so committed to their roles that they found a few sneaky ways to hide their baby bumps on set. Fortunately, a team of savvy costume designers and writers helped them keep their pregnancy hidden for as long as possible. But there were a few times when they had to get really creative.

The “Scandal” actress was pregnant twice during the show’s run. But her character, Olivia Pope wasn’t. So to hide her stomach from the camera, she had to use "big purses and lamps and boxes and chairs," according to Access Hollywood. We would've never guessed!

While filming "Divergent," Kate Winslet, who was five months pregnant at the time, hid her baby bump using an iPad. But as her stomach grew, the film’s costume designers adjusted her wardrobe to disguise the pregnancy even further. "We had to be very strategic in the way that we shot her. She always had some sort of file or case in her hand that was sort of protecting, you know, her bump," said Director Neil Burger.

When things got too dangerous for Blackbeard’s daughter Angelica on “Pirates of the Caribbean: On Stranger Tides,” a very pregnant Penelope Cruz had her look-a-like sister Monica, (who's also an actress) act as her body double.

Towards the end of season 1 of “The X-Files," Gillian Anderson hid her pregnancy using very large coats and props. But during season 2, her pregnancy was too obvious, so her character, Agent Scully was abducted by aliens, but was returned after the actress gave birth. So convenient.

Gal Gadot was five months pregnant while filming “Wonder Woman.” But not during principal photography. So, during re-shoots, they cut a triangle and painted it green for the Israeli actress to wear. Then her bump was digitally removed during post-production.

In “The Shallows,” Blake Lively had to lay on a rock 300 yards from shore while her character evaded a scary great white shark. But she was a total trooper and didn’t use a stunt double until the final two weeks of production.

During "Grey’s Anatomy’s" sixth season, Ellen Pompeo stood behind large desks quite a bit and was filmed from the shoulders up. But when her due date approached, writers wrote that her character, Meredith, donated a piece of her liver to her dad so she could go on maternity leave.

During the fourth season of “Friends,” writers turned Lisa Kudrow’s character, Phoebe Buffay into her brother and his wife’s surrogate mother to hide the fact that Kudrow herself was pregnant in real life.

ScarJo’s alter ego Black Widow had a ton of action scenes in “Avengers: Age of Ultron.” So, they hired three body doubles, one of whom was Heidi Moneymaker, to do all the stunts when she couldn’t.

Halle Berry was three months pregnant while shooting “X-Men: Days of Future Past.” So, producers rushed things and had the actress shoot all her scenes in two weeks, so her Storm character wouldn’t appear pregnant.

During the third season of “The Cosby Show,” Phylicia got pregnant. Fortunately, it was the ‘80s and large outfits were all the rage. But the show pulled every trick in the book to keep her pregnancy hidden. They even scooped up a mattress so her bump wouldn’t show when she was in bed.

When Lisa Bonet got pregnant, Bill Cosby wanted to keep his “The Cosby Show” daughter, Denise Huxtable’s image clean by sending Bonet to the spinoff series, “Different World.” But when news of the actress’s pregnancy broke, Denise was shipped off to Africa. She then returned to the original series a year later.

Emily Blunt discovered she was pregnant the same week she landed the role of the Baker’s wife in the film “Into the Woods.” But here's the catch: she didn’t tell the director until the first trimester. Afterward, costume designers modified her outfits to hide the pregnancy. "I hid behind many characters towards the end," Blunt told Access Hollywood.

While shooting “Vanity Fair,” Reese Witherspoon’s pregnancy wasn’t an issue because the film was a period piece. So, director Mira Nair knew that the actress’s growing stomach could be hidden under large Victorian costumes.

Jill Scott learned she was pregnant while filming “The No. 1 Ladies Detective Agency.” It was a pretty big challenge because she had to deal with a 14-hour workday, tons of bugs, and the African heat. But large dresses allowed her to hide her stomach without anyone noticing a thing.

"Vampire Diaries" writers had Candice Accola’s character, Caroline receive a mystical fetal transplant after her former teacher, Alaric’s pregnant bride met an untimely end. This kept the actress from doing any serious stunts until after she gave birth.

On “Homeland,” viewers didn’t know Claire Danes was pregnant because she asked producers to get rid of her baby bump during editing once it became obvious that she was expecting. Her character, Carrie Mathison would have been proud.

While filming “Handmaid’s Tale” season 2, Yvonne Strahovski was pregnant. Her condition was challenging but not because of her growing baby bump. She had a strange symptom that involved constant spitting. But they accommodated by leaving tons of cups on the set.

While filming “Happy Together,” Amber Stevens West held a bunch of bags in front of her and also sat on the couch with a pillow on her lap. There were also fruit bowls placed in the kitchen whenever she stood on the kitchen island.

Italia Ricci had to rely on loose fabrics with lots of flaps on the sides and the front, and the right camera angles to hide her baby bump while she was filming the Hallmark Channel movie, “Rome in Love.”

While filming “Ocean’s 8,” Mindy Kaling told her co-stars she was on antibiotics to get out of drinking cocktails. But in reality, she was two weeks pregnant. The little white lie allowed her to keep her pregnancy a secret for a while.

Shay Mitchell hid her baby bump by walking around with laundry baskets while shooting the Hulu comedy "Dollface." But big sweaters also did the trick. Fortunately, her character already loved wearing free-flowing clothes.

"Grey’s Anatomy" producer Shonda Rhimes already planned on making Miranda Bailey pregnant on the medical drama. So, when actress Chandra Wilson got pregnant, they simply wrote it into the show.

While on “Desperate Housewives,” Marcia Cross was pregnant with twins. So, in one scene, they hid the actress behind a huge gingerbread house. But when the doctor ordered bed rest, they built a makeshift set at her house to continue filming.