test-writer
Reality TV Stars Who Actually Had The Talent To Make It In Show Business April 23, 2018 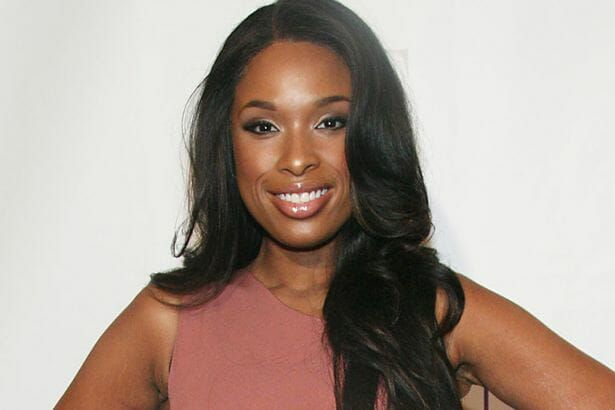 Some of the trashiest people in the world have lived in the Big Brother house or the Real World apartments. And, for the most part, they've done nothing else of particular note with their lives. But did you know some of them actually have talent? Because almost all reality TV stars have dreams of making it big in show business. But those who do make it are few and very far between. So here are some of the reality stars who actually proved the haters wrong and made names for themselves in Hollywood.

Jacinda Barrett got her start on "The Real World: London" back in 1995. Since then she moved across the pond to Hollywood where's she has acted in a slew of films like "Bridget Jones 2: The Edge of Reason," "The Last Kiss," and had a reaccurring role in the Netflix drama "Bloodlines."

Colleen Haskell was a contestant on the original season of the reality tv show "Survivor." Though she hasn't been in the public eye as much anymore, she did have a brief acting career and by brief we mean she appeared as the love interest in the film "The Animal" and was on "That 70's Show" and "Maybe It's Me."

Katie Stevens got her start on "American Idol." She landed in 9th place in the the nineth season. Fortunately, nobody really remembers who won that season (neither of the final two contestants achieved big album sales) but Katie is unforgetable. She went on to star in the shows "Faking It" and "The Bold Type."

Dean Geyer appeared on the Australian verision of American Idol called "Australian Idol" where he came in third place. Since then he's appeared in various television shows and movies in both Australia and America from "Neighbours," to "Glee" and the films "Never Back Down 2: The Beatdown" and "Don't Wake Mommy."

Josh Henderson didn't start out as an actor, his first foray into television was on the WB singing competition show "Popstars." He actually became one of the winners too! Now you can see him in "CSI: Crime Scene Investigation," "90210," the "Dallas" TV reboot and the latest is a new show called "The Arrangement."

Julianne Hough's story isn't too much of a secret. She started on "Dancing with the Stars" but just as a dancer. She was on the show for over five seasons. Then she went on to star in movies and some musical movies! You may have seen in her the "Footloose" remake and "Rock of Ages."

Jamie Chung got her start on the MTV reality series "The Real World: San Diego," she also appeared later on in the "Real World/Road Rules Challenge: The Inferno II." From then on she started acting and is now a pretty successful actress. You may have seen her in films like "The Hangover Part II" and "Office Christmas Party."

If you have listened to her song "Flawless" you hear a glimpse of where Queen B got her start. As a young girl, Beyoncé appeared on the show "Star Search" with a girl group she was apart of called Girls Tyme -- and they lost! Look at her now, winning Grammy's married to Jay-Z -- Star Search got it all wrong, and not just her either!

NeNe Leakes got her start on "The Real Housewives of Atlanta," she stole the show with her catchphrases and cat fights. So when she knocked on Hollywood's door they let her and her drama in. She is still very much in reality tv, appearing on "Dancing with the Stars" and "Lip Sync Battle" but she has also acted in shows like "Glee" and "The New Normal."

Yup, you're surprised to see Jon Hamm on this list but the "Mad Men" star actually did appear on a reality tv show briefly. He appeared as a contestant in the 90's dating show "The Big Date," did it work out? Did he go on a date? Find out for yourselves the episode is on YouTube, I'll just be over here oogling at present-day Hamm.

Justin Timberlake was another "Star Search" kid. At 11 years old, little baby Timberlake dressed up like a cute cowboy and sang Alan Jackson's "Love's Got a Hold On You," and he lost. Seems like he's better off, considering he's had multiple #1 singles that aren't country songs AND has been in Hollywood hits like "Bad Teacher."

Britney was yet another "Star Search" loser when she was a kid. At 11 years old, Britney appeared on the show and lost to a 12 year old boy named Marty Thomas. Looks like Marty is nowhere to be found but Britney still keeps busting out hits and is heating up the strip in Vegas with her residency still going strong.

You may recognize Nicole from her solo career or as the lead of the girl group The Pussycat Dolls but she didn't start as a doll originally. She got her start on the WB reality show "Popstars" where they formed the girl group Eden's Crush. The group achieved moderate success with their single "Get Over Yourself" but Nicole moved on to bigger and better things.

Elizabeth Hasselbeck doesn't really sing or act but she does host and that counts for something, right? Elizabeth Hasselbeck originally got her start in the second season of the show "Survivor." From there she began her hosting career where she became one of the hosts of "The View" for ten years.

Taryn Manning was actually on the same show as Nicole Scherzinger but didn't make it as far. Manning appeared on the show "Popstars" but only in the audition round and was booted. Now you can see her on "Orange is the New Black" and she had a brief singing career with the group Boomkat.

Everyone knows about Johnny Knoxville, right? Knoxville got his start on "Jackass" which isn't your typical reality tv show but...it was just him doing dumb stuff to himself, so that counts right? Now he's an actor that can be seen in movies like "Men in Black 3" and "Bad Grandpa."

Dave Giuntoli started out on MTV's "Road Rules: South Pacific" and after the "Real World/Road Rules Challenge." From the South Pacific he moved straight to Hollywood acted in several shows like "Nip/Tuck," "Grey's Anatomy," and "Cold Case." Giuntoli can now be seen on the NBC hit show "Grimm."

Sure, we're kind of stretching it with this one. Kelly Clarkson did appear in the first season of "American Idol" and won it. Since then she has been singing and crushing it, but we decided to keep her on the list because she's come a long way from winning Idol. In fact, a lot of winners don't really go anywhere (coughRUBENSTUDARDcough), so keep killing it, Kelly!

Katharine McPhee started out on "American Idol," she was actually the runner up in the 5th season of the show. McPhee moved on to acting in musical based shows like "Smash" but also other movies and shows like "The House Bunny," "Community," "CSI: NY," and the latest TV show NBC's "Scorpion."

Laverne Cox appeared as a contestant on the first season of "I Want to Work for Diddy." She then started the makeover series "TRANSform Me." But she moved onto acting and can be seen in the hit Netflix show "Orange is the New Black" in which she was nominated for an Emmy for.

Heather Morris got her start on the reality show "So You Think You Can Dance" season 2 where she actually failed to make the top 20. Fortunately, she was better off without them because after that show she became one of Beyonce's dancers! Then shortly after that she landed a pivotal role on the hit show "Glee."

Yaya Dacosta was the runner up on season three of "America's Next Top Model." That didn't stop her, she appeared on various commercials for Garnier and Oil of Olay until Hollywood came knocking. She's appeared in various movies like "The Nice Guys" as well as having a reaccuring role on "Chicago Med."

Analeigh Tipton placed third on the 11th season of "America's Next Top Model," but that didn't stop her. You may recognize her from films such as "Warm Bodies," "Crazy, Stupid, Love," and "Green Hornet," or shows like "Limitless" and "The Big Bang Theory." She's also been in a music video! It was Passion Pit's "Constant Conversations."

Emma Stone also got her start in reality tv, but it was one of those one-off reality competition shows. Stone was on "In Search of the New Patridge Family," a show that produced an unsold pilot on VH1. That didn't stop her career though, you can see her in such Oscar winning roles like "La La Land," or the classic chick flick "Easy A."

Jennifer Hudson is another "American Idol" that made it big -- but she made it huge! Hudson only came in 7th on Season 3 of American Idol -- losing to Fantasia -- but that didn't stop her career! Hudson went on to act in several films and even won the Oscar for Best Supporting Actress for her role in "Dream Girls."