Where Are They Now? The Cast of ‘The Secret Life of the American Teenager’

Camila Villafane
Where Are They Now? The Cast of ‘The Secret Life of the American Teenager’ May 1, 2018 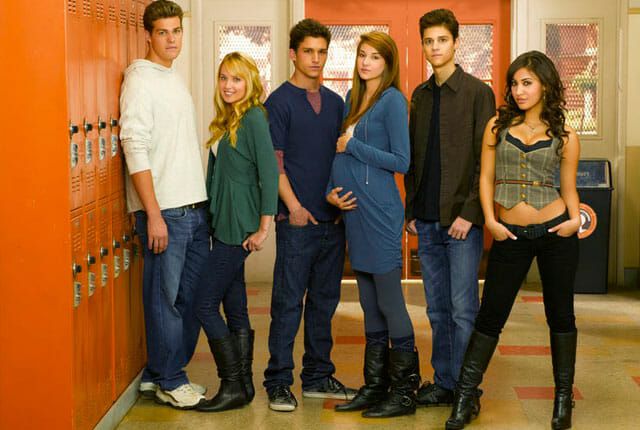 Where's the Secret Life of the American Teenager cast now?

The Secret Life of the American Teenager cast are grown now. The popular TV show ran from July 1, 2008 to June 3, 2013. And dealt with a s---load of drama. The series was about Amy, a teen who got pregnant at band camp, and how the pregnancy affected her friends and everyone's family. Amy had to figure out how to deal with the challenges of motherhood. And she also had to figure out how to lead a normal teenage life. But she did it with the help of her mom and her tight-knit group of friends. Throughout the series, we got the chance to see all the characters grow. But you're here to find out what the actors are up to these days. So here's a then and now look at the Secret Life of the American Teenager cast.

Shailene Woodley played Amy Juergens, a 15-year-old girl who had to deal with the consequences of being a teen mom after having a fling with popular hunk, Ricky Underwood (played by Daren Kagasoff) at band camp. In 2011, Woodley made her debut on the big screen in "The Descendants," and earned a Golden Globe nomination for best supporting actress in a motion picture.

Since the series ended, Woodley went on to star in the biographical thriller "Snowden". But of course, you might recognize her from HBO's 2017 limited series "Big Little Lies," in which she starred as a mom named Jane alongside seasoned actresses like Nicole Kidman and Reese Witherspoon. The series is set to return for a second season in 2019.

Daren Kagasoff played Ricky Underwood, Amy Juergens' baby daddy. He was the show's male lead for five seasons before moving on to star in a televised version of Lauren Oliver's New York Times bestselling book trilogy, "Delirium." He also starred in the creepy supernatural film "Ouija" by Universal Pictures and guest starred on shows like "Stalker."

When Kagasoff isn't busy surfing or golfing in Southern California, he tries to stay busy acting. After 2015, in which he recurred on the show "Red Band Society," he seemingly took a break in 2016. But then he guest-starred as Gordon on the 2017 show "S.W.A.T." He's currently working on a TV movie titled "The Village" for 2018, and he's just as gorgeous as ever.

He's best known for playing Ben Boykewich, the guy Amy started dating after she got knocked up on the show. Many of us fell in love with his character because he was so supportive. He even asked Amy to marry him, even though his friends, Henry and Alice were totally not onboard with his decision.

Baumann has been living with Crohn's disease, which he was diagnosed with in 2012. But that hasn't stopped him from living life with his wife, actress Aviva Farber, or writing books like the nonfiction "EarthBound." He also co-founded an iOS app called Sweetspot and is said to be going to St. John's College in Sante Fe, New Mexico.

Francia Raisa played Adrian Lee, the girl that Ricky was having a romantic fling with, which eventually got serious. But Adrian ended up cheating on Ricky with Ben and eventually got knocked up, which gets her and Ben to get married. Eventually, she gave birth to a stillborn. Yeah! And you thought Amy Juergens' character had problems!

Eventually, Raisa started popping up in television films like "The Wrong Car". She guest-starred on shows like "Dear White People," before landing the main role as Ana Torres on "Grown-ish." But she also made headlines when she donated one of her kidneys to her close friend, singer and actress Selena Gomez in 2017.

Megan Park played Grace Bowman who started out all virginal and sweet. Eventually she lost her virginity to Jack Pappas on the same night her dad's plane crashed. Grace decided to blame what she and Jack did as the cause behind her father's death, which really put a strain on their relationship.

The Secret Life of the American Teenager cast have less dramatic lives in real life than their TV show counterparts. Park married actor and singer Tyler Hilton on October 10, 2015. She's also guest-starred on shows like "Jane the Virgin," "Imposters," "9JKL", and played Suzanna in a television movie called "Once Upon A Prince" in 2018.

Greg Finley II played Jack Pappas, the guy who took Grace Bowman's virginity on the show. During season two, his character started drinking after Grace got into a fight over her father's untimely death. By season 4, Jack broke up with his girlfriend Madison and started hanging out with Grace during their senior year.

Finley went on to star on the series "Star-Crossed." He also guest-starred on "The Flash," as the meta-human Girder, and played Drake, the recurring love interest of the zombie medical examiner Liv Moore on "iZombie." In 2018, he completed a project called "The Witch Files," where he's set to play Mr. Dwyer.

Amy Rider recurred as Alice Valko throughout the series and was friends with Ben Boykewich. Valko had been involved with a boy since named Henry Miller since the third grade even though she didn't believe in love. Then they ended things after she caught Henry with Adrian together in bed, but they kiss and make up by the end of the series.

The Japanese-American actress has appeared in short films like "The Monogamy Experiment," and "Clappy." She's also starred as Moira King in "Mega Shark vs Kolossus," and in the film "Broken Links." But like some of The Secret Life of the American Teenager cast, Rider has yet to catch a break on a regular long-running TV series.

Renee Olstead played Madison Cooperstein, one of Amy Juergens' friends who is the first to hear about the teen's pregnancy. Madison eventually went on to date Jack Pappas, but the two wound up breaking up in season 4. Then Madison slept with Jesse, which led to the end of one relationship and the end of two friendships.

Olstead tried killing herself after a hacker leaked nudes of her and other celebs online. Eventually she went on to star in "The Midnight Game" a supernatural thriller and in the chilling social media film "Unfriended." She's now married to Tommy King, a pianist, which should come as no surprise since she made four jazz music studio albums.

Matthew and Joseph Levinson Then

Matthew and Joseph Levinson were twins who took turns playing Amy Juergens toddler son John Jacob Juergens. Due to child labor laws, the amount of time a child can be used daily while filming is limited, which is why these child actors were perfect because it allowed producers to switch the twins when the other's time had run out.

Since the series went off the air, Matthew and Joseph Levinson haven't done any acting. It seems like they decided to focus a bit more on being kids and living a normal life. Their mom posted a photo of the boys playing with Nerf guns on Twitter back in October 15, 2014. From the looks of it, they seem perfectly happy.

Luke Zimmerman played Tom Bowman, Grace Bowman's older adoptive brother, who like the actor, had Down Syndrome. The character underwent sexual frustration, which he confessed to a prostitute called Betty. Later, he met a girl named Tammy and proposed to her after just one date. He also tried hitting on Adrian, but proved just as unlucky with her.

After the series ended, Luke Zimmerman went on to appear on the show "Getting On," and worked on short films like "Maya and Will," and "The Finish Line." He also appeared in the TV movie, "Love You More." His latest project, "Adi Shankar's Gods and Secrets" was completed in 2018.

Allen Evangelista played Henry Miller, one of Ben Boykewich's friends who initially had an issue with Ben offering to marry Amy Juergens, the pregnant teen protagonist on The Secret Life of the American Teenager. By season 4, Miller ended up sleeping with Adrian at a party, which ruined the friendship with Ben.

Evangelista married Christina Burhoe in Hawaii in January 2013 and is now busy being a husband, and also a father to Hudson who was born on October 27, 2011. He also played the role of Savant for 2 episodes of "Brooklyn Nine-Nine." In 2015, he played Adam Le on "Project Almanac."

India Eisley played Ashley Juergens, the sister of Amy Juergens. She's also the one who named her nephew John. By season 2, Ashley started to resent her sister's legacy for being a teen mom at Grant High, so she and Griffin, a gay classmate pledged to remain celibate until they graduated high school. By season 3, Ashley started to homeschool herself.

Eisley has appeared on two Lifetime television films called "Nanny Cam" and "My Sweet Audrina." She's played Sleeping Beauty in "The Curse of Sleeping Beauty," in 2016.  She's also starred in "Clinical," "Adolescence," and is currently working on the film "Look Away" playing the role of Maria/Airam.

Brando Eaton played Griffin, a gay character at Grant High School. He friended Ashley Juergens and the two quickly became BFFs after making a deal to not date or sleep with anyone. But that pact didn't last long. Unfortunately, the character's whereabouts were never explained after his final appearance in the episode titled "I Do and I Don't."

After Eaton left "The Secret Life of the American Teenager," he kept himself busy by guest starring on shows like "Burn Notice," "Hawaii Five-O," and "Melissa & Joey." So far in 2018, he has worked on the film "Motocross," the short film "Face Off," and is working on the movie, "Dead Stream."