These Celebrity Face Mashups Will Give You the Serious Creeps

Paul Ciampanelli
These Celebrity Face Mashups Will Give You the Serious Creeps April 17, 2017 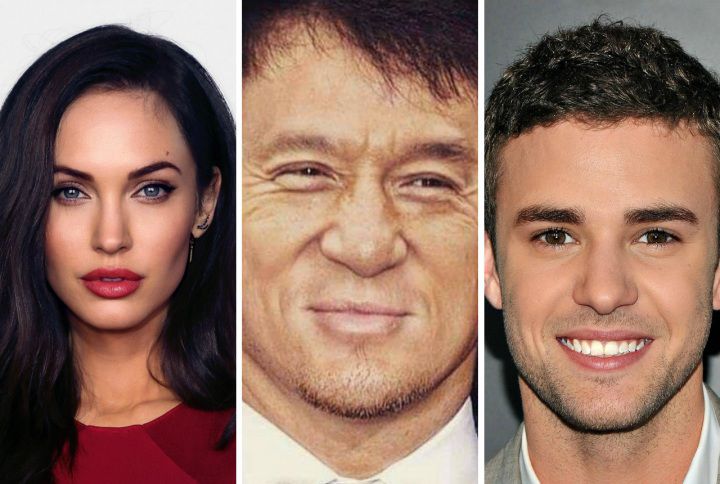 Some things can't be unseen, and all of these pics fall under that category.

We don't know this gorgeous actor's name, but she seems familiar somehow...

Look at those steely blue eyes. Those are actor's eyes for sure. But who is he?!

Whoa, who's this handsome devil with all his real hair? We can't put our fingers on it...

Who's this spacefaring silver fox, and how can we score a stardate with him?

We're getting strong U.K. vibes from this smoldering thespian. We want him to read us Shakespeare 'n' stuff, or whatever. What's his name?

Va-va-voom! We're not sure who this actress is, but for some reason we picture her as a sexy archaeologist who has to fight off an invasion of giant car robots from space.

We can't seem to identify this attractive gentleman, yet for some reason we imagine him as a psychotic killer who loves to torment billionaire vigilantes. But why?!

This actor seems really familiar. We're pretty sure he was a sexy It Boy in the '90s who's now settling nicely into quite a handsome middle age. Who is he, though?

We don't know who this good-looking fellow is, but we do know this: He'd surely make an excellent superhero.

Say, this kid has star quality. He's a sexy guy with just enough femininity in his looks to make him compelling to tween girls. Do you think he can sing?

Mug Mashers is a great Twitter and Instagram account that mashes up the faces of celebrities who you'd never expect to see even in the same room together, let alone the same body and face. This mashup of LeBron James and James Franco is a perfect example.

We're pretty terrified of what this bad lieutenant would do to us if we said a stupid answer on "Family Feud."

The coolest thing about Jackie Channing Tatum is that he does all his own male stripping in his movies. He never uses stunt strippers!

Conan O'Brien Cranston gives easily the most intimidating late-night interviews in all of show business. "I am the one who hosts!"

Oh! Turns out she's a mashup of two of our favorite actors: Natalie Portman and Scarlett Johansson, co-stars of 2008's "The Other Boleyn Girl." Now it all makes sense.

Actually, he has two names, because he's a mashup of two different actors: Michael Fassbender and Benedict Cumberbatch. Do you call him Fassbatch or Cumberbender? It's really up to you. He'll answer to both.

Do you see it now? That one superheroic dude is actually a mashup of Chris Evans and Bob Downey, better known as Captain American and Iron Man of The Avengers superhero team!

Of course it's a combination of the actors Brent Spiner and Patrick Stewart, aka Data the robot and spaceship captain Jean-Luc Picard. They're from one of the "Star Trek" shows.

Ah, now we see! He's Scientology buddies Tom Cruise and John Travolta if their two separate faces were combined into one face.

Well, of course he can sing. Because he's a combo of Justins Timberlake and Bieber. He's Justin-tin Timbieberlake!

Ohhh, now we know why we thought of that. It's because the actress is a mashup of Megan Fox from "Transformers" and Angelina Jolie from "Tomb Raider." Well, those are both great movies, so we still think our idea could sell.

Ah-ha! It's because he's a face mashup of actors Heath Ledger and Tom Hardy, who both played supervillains in Batman movies (The Joker and Bane, respectively). Well, mystery solved!

Oh, OK, now we see it. Some Photoshop genius mashed up the faces of Brad Pitt and Ethan Hawke. Clever!