A Timeline Of Every Boyfriend Camila Cabello Has Ever Dated

HOLLYSCOOP TEAM
A Timeline Of Every Boyfriend Camila Cabello Has Ever Dated April 19, 2018 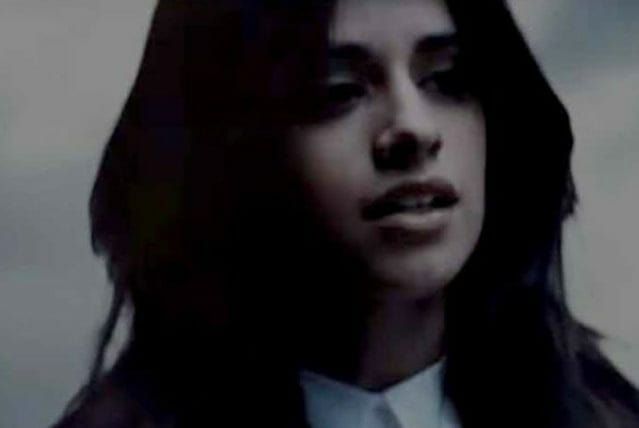 Camila Cabello's boyfriends: Who has she dated?

Camila Cabello is arguably the biggest pop star on the planet right now after releasing her No. 1 album Camila back in January. And on the back of world-wide smash "Havana," she's now steadily climbing the charts with new single "Never Be the Same." The former Fifth Harmony hitmaker is a bonafide household name. And so it seems like the perfect time to offer an exhaustive timeline of Camila Cabello's boyfriends. I'm talking about rumors, confirmed SO's and everything in between. Camila has dated or been linked to some of the most eligible, handsome, and famous young celebs on the planet. So here's everyone Camila Cabello's dated.

Camila’s first boyfriend was singer Austin Mahone, whose boyish good-looks and popular covers made him a massive Youtube star. Born in San Antonio, he was signed to his first record deal at 16, releasing a bunch of EPs and Extended Plays in the subsequent years. He is now working on his debut album, which should be out sometime this year.

Camila and Austin met on tour in 2014, when Austin was 18 and Camila was just 17. While rumors of their relationship had been circling for a while, it wasn’t until November 2014 that Camila officially confirmed their relationship. She later told Seventeen that Austin was “my first kiss, my first love."

Less than three weeks after Camila announced their relationship, the honeymoon was over and the two had broken up. When she was asked about their relationship on Kiss 96.1 radio, she responded, "We're actually not together anymore." While many people speculated about the breakup, a Hollywood Life story claimed they broke up because Austin felt Camilla was only using him to get more famous.

Camila and Austin both denied these reports. Austin tweeted Hollywood life saying: ‘that's the most ridiculous reason I've ever heard... Nothing like that even happened at all. Idk what source u guys talking 2.’ He did, however, go on to say that he had never been in a real relationship. A lot of Camila’s fans took this as a serious insult, and a confirmation of the earlier stories of why they broke up.

It seems like since their breakup Austin and Camila have buried the (possible) hatchet. In December 2017, three years after their breakup, Austin told Seventeen "She’s really doing her thing right now and I’m very, very proud of her.” Camila has stated about their relationship: "It's important to learn about liking somebody and being swept away, but it wasn't meant to be."

Michael Clifford is another super famous, teen heartthrob with an incredible voice. Now 22, the Sydney, Australia native is a member of the pop-punk megagroup 5 Seconds of Summer alongside Luke Hemmings, Calum Hood, and Ashton Irwin. Not only does Michael sing he also plays guitar and piano. Their new single Youngblood was just released and it’s stellar!

In 2016, there were text which purportedly leaked, revealing Michael and Camila’s relationship, although it is impossible to say whether they are true or not. It is hard to base anything on the leaking of someone’s private conversations, since there is no way to authenticate them, and the two involved have never commented.

What is easier to verify, is that The Sun reported that the two were seen on a dinner date in April 2015. The paper had a source who stated, “The pair entered through the back door so no fans or waiting photographers saw them. They didn’t want anyone knowing they were there. They looked pretty cosy.”

Louis Tomlinson needs no introduction. A member of on-hiatus boyband One Direction, the 26-year old singer was born in Doncaster in Yorkshire, Northern England. Along with other One Direction members, he has embarked on a solo career since the 2016 hiatus, reaching No.2 in the UK with his first single Just Hold On.

In 2015, One Direction and Fifth Harmony were the biggest boy-band and girl-band in the world, respectively. While Camila always felt like the de-facto leader, Louis was always the underdog of One Direction, often times eclipsed by the megawatt star power of Harry, Zayn, and Niall. But when it came to the affections of Camila, he was definitely front and center.

While Louis is now a father, back on May 11, 2015, he and Camila were seen having dinner together, only days after being seen out clubbing. While Camila denied the reports, we happen to think after the negative effects of press attention on her relationship with Austin, there was a vested interest for her to keep this to herself. Dinner dates don’t lie!

Camila told Teen Vogue that one of her exes was the basis for her duet with Shawn Mendes (more on that later) saying: ‘The song is about cheating. Two days before we wrote this song I found out from a friend of mine that the boy that I was “talking to” was also talking to other girls. The line “can’t seem to let you go / can’t seem to hold you close” was about that weird period when you find out you’re being played but haven’t said anything to him yet and it’s awkward and distant.’ Too bad she didn’t give any hints to who it was!

Shawn Mendes needs no introduction. The 19-year-old Toronto native is one of the biggest popstars on the planet. He has had 5 Top-20 singles and two-straight albums debut at number one. He is a songwriter, performer, Vine-success story, and all around nice guy. If there is one person Camilizers are shipping for their queen, it is Shawn.

Shawn and Camila conquered the world with their out-of-this-world collaboration I Know What You Did Last Summer. The song was a massive hit, and Camila’s first taste of (nearly) solo success outside of Fifth Harmony. The two of them wrote it backstage at a Taylor Swift concert. If that doesn’t sound like something couples do, then I don’t know what to say.

The rumors of their relationship have been circling since before their collaboration. Fans are so intent on their love being real shippers have come up with a name for them – Shamila. From 2014 to as late as Feb. 2018, the two have been the focus of intense speculation. This picture of them holding hands while sharing pizza definitely makes their love seem very real. Maybe it’s the shipper in me seeing what I want to, or maybe…

Both Camila and Shawn have both repeatedly asserted that they are both just friends. Camila was quick to point out that their collaboration was written, on her part, about an ex that definitely wasn’t Shawn. On Shawn’s side, he has told everyone from Capital FM to Seventeen that the two are just friends.

Regardless of whether the two are just friends or in fact acting out all of our Shamila shipping fantasies, both have continued to praise each other as people, artists, and friends. Camila was the first person to hear Shawn’s new song In My Blood, and he told BBC’s Zane Lowe: "I don't think you'll ever meet somebody who can feel emotion like her, in all aspects." Camila responded on twitter saying "i shouldn’t be crying at this time in the morning but I AM. i love you SO much @ShawnMendes". Their love, whether platonic or romantic brings light to this world, regardless.

Jacob Whitesides is a twenty-year old Youtube star, who like most of Camila’s boyfriends both rumored and not, is an attractive gentleman. Born in Knoxville, Tennessee he made his name posting covers on Youtube before trying out for the second season of The X Factor US, and then releasing music for Double U Records.

If there is one rumored relationship the Shamila fans are not having, it is the rumors of her dating Jacob. Jacob opened for Fifth Harmony on their Reflection Tour in 2015. That same year he revealed he had a crush on Camila, which sent fans to attack him online. Who knows what went down, but don’t get in the middle of Shamila if you know what’s good for you!

Cole Whittle is the bassist for Joe Jonas’ pop group DNCE. The 36-year old Berklee College of Music graduate is known for his eye-catching fashion sense, which is as out-there as the age difference between Cole and Camila. DNCE is best known for their worldwide smash Cake By The Ocean, which is definitely not about eating cake by the ocean ;()

This relationship is all rooted in two tweets that were posted the day after the announcement of her departure from Fifth Harmony in December 2016. While at the iHeartRadio music festival Cole sent Camila a tweet captioned Love Note, and Camila responded ‘ur the cutest’ with a crazy amount of hearts. I mean, this seems like mostly making a mountain out of a mole hill, but we promised to give you all the details of her love life, and this very possible counts.

Ok so this one has basically no basis, but since it is probably the most shippable (apart from Shamila, clearly), this rumor posits that Camila and Lauren, both bandmates in Fifth Harmony, have been secretly dating, in love, or hooking up, depending on what shipper you are listening to. Lauren has come out as bisexual, but Camila is still only openly heterosexual, so for now this seems more wishful thinking than probability.

Relationship expert Matthew Hussey has developed a media empire promising to find women love. He is probably best known for his Youtube videos (and it is proven Camila likes Youtube stars) and his Cosmo column. The 30-year-old is from the UK, and it seems like his advice on How to Get The Guy definitely worked in Camila’s case, because…

Camila and Matthew were pictured cuddling on the beach in February 2018. I know this incontrevertable proof is something Camila hasn’t provided since she dated Austin Mahone, but I guess when you are a relationship expert you know how to convince a notoriously private world-conquering popstar to engage in some PDA.