These Truly Insane Celebrity Mansions Will Completely Blow Your Mind 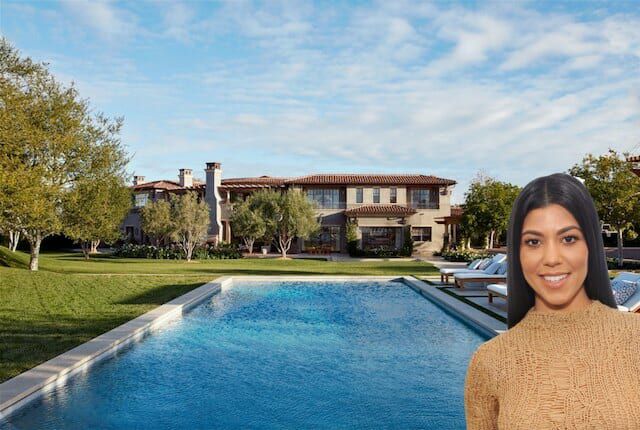 Celebs know a thing or two about indulging in the finer things. From Kimye's multi-million dollar renovations to Floyd Mayweather Jr.'s endless wall of wine, we have the ultimate gallery for you to print out and paste on your dream board. Check out the most drool-worthy celeb cribs and vicariously live the pampered life of the rich and famous.

Looks like there's more to Calabasas than just the Kardashians, as pop star Selena Gomez also once called the exclusive community home. Her $3 million 7,229-square-foot house was eventually sold to "Unforgettable" rapper (and ex of Khloe K.) French Montana.

Pink knows a thing or two about good taste. Her $11.8 million mansion she shares wth her husband and daughter boasts a massive pool and five-car garage.

Julia Roberts is not only mega-rich, she's eco-friendly as well. Her Malibu mansion boasts a $15 million renovation completed to make the house more sustainable, including features like these visible solar panels. (You know, in front of the private tennis court.)

Breezy's doing quite well for himself, as evidenced by his six-bedroom, 10-bathroom mansion in Agoura Hills, California. The compound is like a contained strip mall, featuring a tennis court, salt-water pool, billiard room and ice-cream bar.

While she may still be Jenny from the block, JLo is fully acquainted with experiencing the finer things in life. This Hamptons crib cost the singer $18 million, a price tag fitting for its seven bedrooms, marble heated floors, several walk-in wardrobes, and in-house movie theater.

Patrick Dempsey's Malibu home is definitely McDreamy. Featuring a chicken coop for farm-fresh eggs every morning, outdoor pizza oven and backyard Airstream trailer, this spatial retreat is an architectural oasis for his family of five.

There's more than enough space for their growing family in Tristan and Khloe's $1.9 million home in Bratenahl, Ohio. With a private wine room, stunning views of Lake Erie, and 6,424 square feet of living space, this property is perfect for a new family.

Following her split from Lamar Odom, Khloe needed a house of her own. The reality star purchased this $7.2 million "party house" from none other than Justin Bieber. Khloe DID remove Bieber's custom-built skate ramp though, so R.I.P. to those sick wheel burns.

The "Big Bang Theory" star purchased this expansive LA home from Khloe Kardashian and Lamar Odom following their split. With seven bedrooms, six bathrooms, and a 15-car garage, Cuoco has more than enough room to stretch out.

Silver fox George Clooney and wife Amal purchased their gorgeous Berkshire marital home for a steep $10 million. The home has a beautiful pool, pool house, and features a complete cinema.

The youngest member of the Kar-Jenner brood definitely has good taste in real estate, as she purchased this $6.5 million Hollywood Hills home from star couple Emily Blunt and John Krasinski. The 4,800-square-foot mansion has six bedrooms, a gorgeous poolside lounge and stunning wrap-around views.

Taylor Swift purchased this Beverly Hills mansion in 2015 for $25 million. The 10,982-square-foot mansion boasts seven bedrooms and ten bathrooms, perfect if T-Swift wants to invite her whole #Squad over for girls night.

Country music superstars Faith Hill and Tim McGraw are proud owners of their own private island getaway. The compound includes eight separate pavilions that are all connected by an open-air walkway, perfect for catching that sweet ocean breeze.

While Miley Cyrus is still definitely a "Malibu" girl, she recently purchased a sprawling mansion closer to her Tennessee roots. The massive five-bed, five-bath home sits on an impressive 33-plus acres in Franklin, TN. Along with a gorgeous pool, the property even has its own mini-golf course.

The undisputed Queen of the Universe, Oprah Winfrey doesn't just own homes, she owns a $28.85 million horse farm. Nestled in the hills of Montecito, CA, the estate sits a whopping 23 acres of land and includes a 4,750-square-foot main house and a spacious horse trainer's house as well.

Patriots Quarterback Tom Brady and his Brazilian supermodel wife Gisele Bundchen truly live like kings. Their house even has a moat. Their home boasts 14,000 square feet of living space, eight bedrooms, and a full gym.

Beyonce and Jay-Z added another property to their long list of homes spanning coast to coast with this 12,000-square-foot retreat on East Hampton’s ultra exclusive Georgica Pond. The luxurious home set the power couple back a cool $26 million.

After "Hollaback Girl" Gwen Stefani split from singer Gavin Rossdale, she listed her $35 million, 11,845-square-foot mansion for sale. The home was once owned by Jennifer Lopez, and features two swimming pools and a private tennis court.

Robert Pattinson's work in the "Twilight" series earned him more than enough cash to purchase this 4,000-square-foot Los Feliz mansion. With a stunning outdoor terrace and a lagoon pool, the British heartthrob can soak up the Los Angeles sun in luxury.

Kim Kardashian-West and Kanye live in a sprawling $20 million estate that sits on a whopping three acres of land. After its initial purchase, Kanye spent another $10 million renovating the estate and outfitting it with eight fireplaces, two spas, two pools and private vineyard.