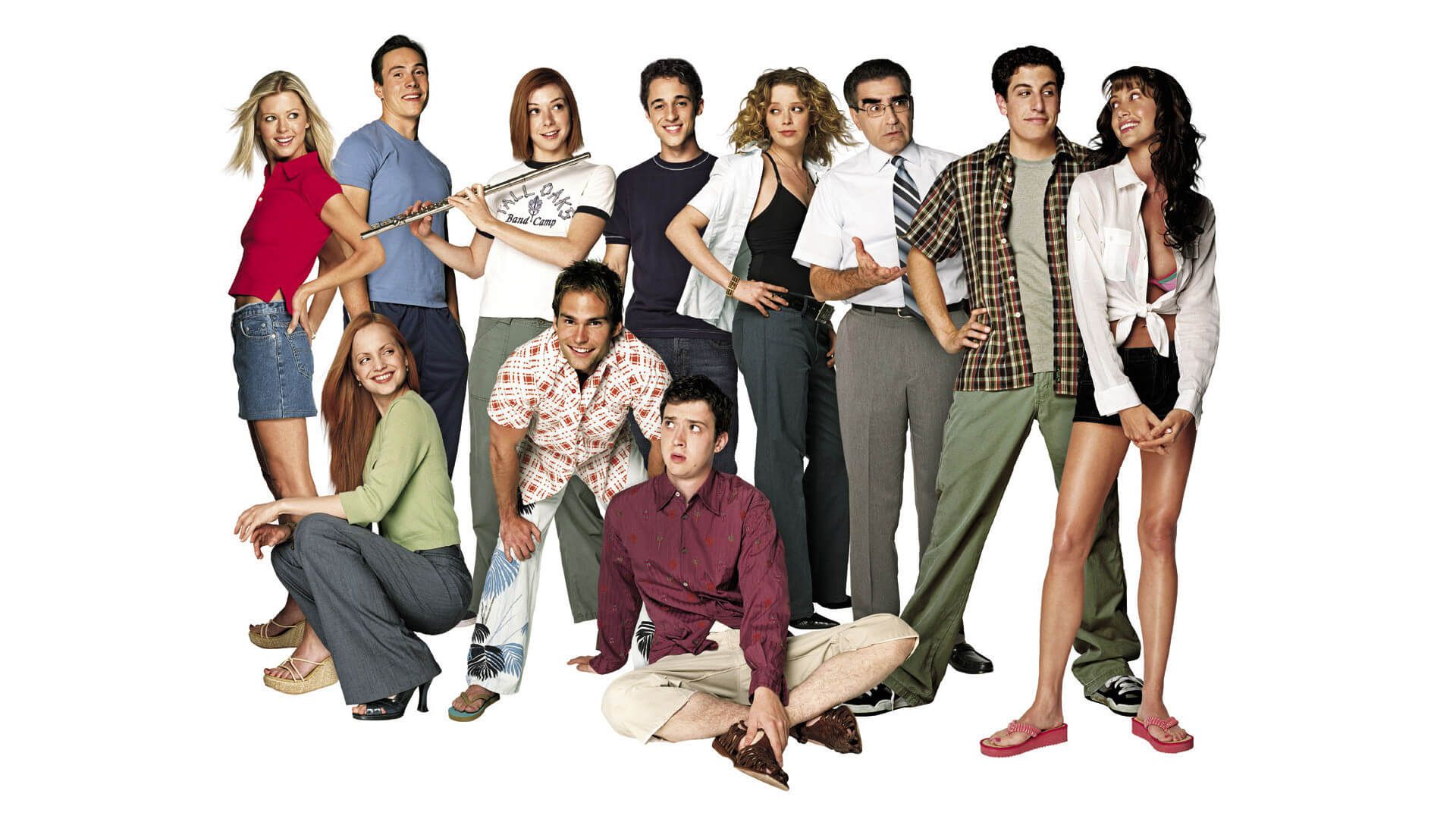 In 1999, the story about a bunch of friends who made a pact to lose their V-cards on prom night became an instant teen comedy classic. But American Pie served as a stepping stone for the cast, and now, 18 years and several sequels later, we take a look to see American Pie cast then and now.

"American Pie" was Scott's film debut, and he played Stifler, the guy who loved beer almost as much as he loved to make some downright dirty jokes. Oh, and his onscreen mom was pretty hot too.

Scott appeared alongside Biggs on "Jay and Silent Bob Strick Back," before moving on to other projects like "Goon". He's also voiced Crash from "Ice Age" and is reprising his role as Doug in the 2017 "Goon" sequel.

Finally, who could forget Stifler's mysterious and sexy mom with the long legs. She was the object of Finch's affection, and also the woman credited for taking his V-card away, which drove Stifler nuts.

Coolidge went on to appear in films like "Best In Show", "A Mighty Wind," and in "Epic Movie" where she made audiences laugh as the "White Bitch". She then brought her humor to television in the sitcom "2 Broke Girls".

Hannigan was already wowing us on "Buffy The Vampire Slayer" as Willow, when she dropped the one liner, "this one time, at band camp," which caused Jason Biggs to spit his drink out and lose his virginity.

Hannigan appeared in "American Pie 2", "American Wedding", And "American Reunion". After Buffy ended, she starred on "How I Met Your Mother" as Lily. Now she's hosting "Penn and Teller: Fool Us".

As the character, Oz, Klein made us laugh as the jock who was willing to join a choir to get into a pretty girl's good graces. He also appeared in the film "Election" that starred Reese Witherspoon.

Klein didn't return to the franchise until the final film "American Reunion. After that he did a couple of voiceovers in "Tron: Uprising," and appeared as Drew on the TV series "Wilfred".

Elizabeth started out as a model before starring in shows like "USA High". Then she landed a break in "American Pie" as Nadia, a foreign exchange student that Jim was totally crushing on.

Elizabeth appeared in "Jay and Silent Bob Strike Back," and in the second and fourth "American Pie" sequels. She also starred in Scary Movie, and was most recently seen kicking butt as a poker player in the "World Series of Poker".

Biggs was on his way to making it big on "As the World Turns". Then, he won the role of Jim Levenstein, the goofy student, who ended up sodomizing an apple pie. Now that's a scene we'll never forget.

He was known as Jim's dad on "American Pie." Later we learned that his name was Noah, A goofy father who tried to give Jim the best advice possible, especially after catching his son doing it with a pie.

Levy has appeared in numerous films, including "Goon" alongside Sean William Scott. He even voiced Charlie in "Finding Dory". But the Canadian actor is making everyone laugh in the hit comedy "Schitt's Creek".

In 1999, Suvari played Heather, Oz's love interest in "American Pie." But she was better known as high school student Angela in the comedy drama "American Beauty".

Mena reprised her role in "American Pie 2, and "American Reunion". She also appeared in the remake "Dawn of the Dead" before switching to television on shows like American Horror Story and Chicago Fire.

Thomas got his big break playing Paul Finch in "American Pie. Playing the eccentric high school student who literally scored big when he boned Stifler's mom, which opened many doors for the actor.

Aside from guest starring on "Law & Order" and "The X-Files," he voiced Barry Robinson in "American Dad!" For 69 episodes and appeared in the hit series "Scorpion" as Toby Curtis.

Before appearing as Vicky Lathum on "American Pie," Reid had been in "Urban Legend" and "The Big Lebowski". But her role as Kevin's girlfriend really helped her cement her feet in Hollywood.

Reid appeared in all of the "American Pie sequels" except "American Wedding". Recently, she's had sharks on her mind in all five "Sharknado" films from SyFy and a sleuth of post-production films.

What The Cast Of American Pie Looks Like Now Versus Then

What The Cast Of American Pie Looks Like Now Versus Then

Owen played Chuck Sherman, a teenager who deluded himself into thinking he was a ladies' man. He even dubbed himself "The Sherminator". But Owen was a cool actor who showed a lot of promise.

Owen's character Chuck returned in "American Pie 2", "American Reunion", and "American Pie Presents: Band Camp". But according to Radar Online, he's been waiting tables at a sushi bar in L.A.

Lyonne played Jessica, a wise high schooler who could cuss like a sailor. She was also known for her role in "Everybody Says I Love You," a film by Woody Allen. She also played Opal in "Pee-Wee's Playhouse".

Lyonne hit a snag with drug addiction which almost ended her career. But after sobering up, she appeared in two of the three American Pie sequels before making it big on "Orange is the New Black".