Artists Who Only Became Legendary After They Died

Karla Pavelka
Artists Who Only Became Legendary After They Died November 5, 2019Leave a comment 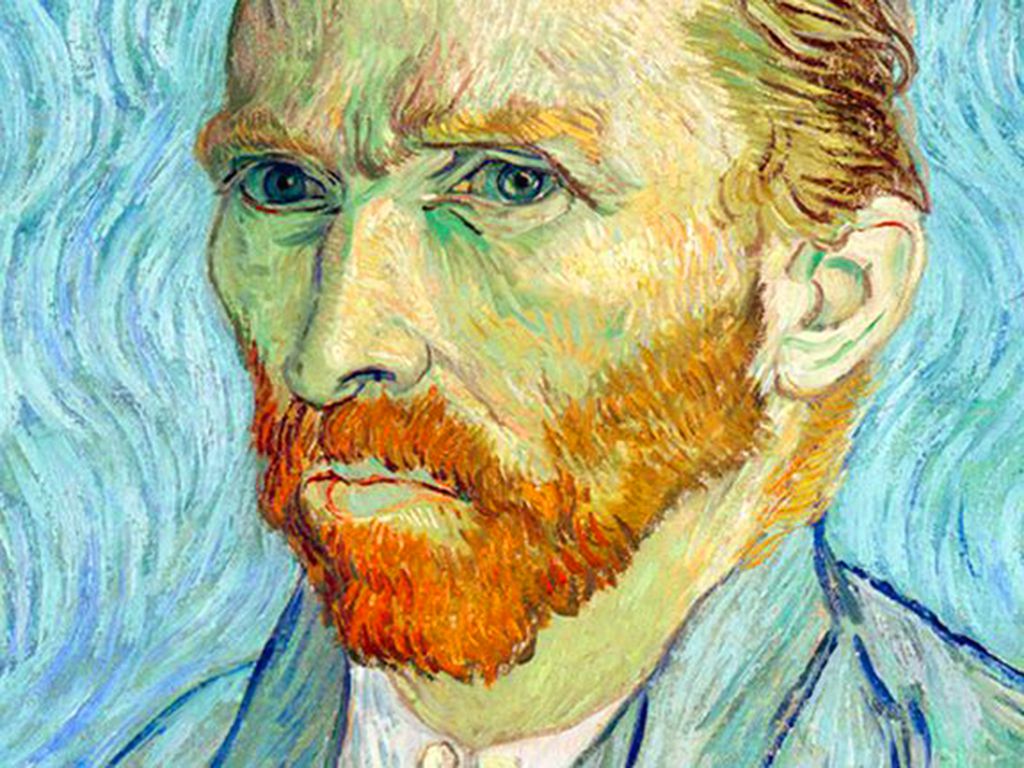 Art is fickle. Need evidence? These artists received little to no recognition while they were alive. But that doesn't mean that their works and acts of genius will go forgotten.

While she was alive, Emily Dickinson published 10 poems. After her death, her family discovered forty hand-bound volumes containing 1,800 poems. Her work was published posthumously. Her first collection was published four years after her death and it was met with wild success.

Unlike Franz Kafka or Emily Dickinson, Poe was published extensively during his lifetime. The publishing industry, however, was struggling at the time and Poe often had to plead for money. A lot of other literary figures also personally disliked Poe and called him "vulgar." Even after his death, one of his literary rivals published an unflattering obituary about him. After his death, however, his work stood on its own and is now seen as classic literature.

Vivian Maier worked as a nanny for 40 years. In her spare time, she was a photographer and took over 150,000 photographs. Her work, however, was unknown and unpublished. After her death, a collector put some of her photos online and they went viral. Her photographs have since been exhibited around the world.

This famous "Girl with the Dragon Tattoo" author died suddenly of a heart attack in 2004. He was only 50-years-old. He had planned to write 10 books in the series, but had completed only three. None were published prior to his death. After their publication, he posthumously became the second best-selling fiction author of 2008.

Paul Gauguin went from success, to obscurity, back to success. Initially a stockbroker, Gauguin eventually left his job to work full-time on his paintings. He exhibited at salons in Paris. Then, he moved to Tahiti, where he continued to paint. But when he brought his paintings back to Europe, the reception was lukewarm and he didn't sell much. He's now seen as one of the most influential post-Impressionist painters.

El Greco is another painter who had mixed success. Though he did receive commissions for his work, he eventually fell out of favor with King Philip II when the king didn't like a piece El Greco had completed for a commission. Eventually other nobles bought his work, but he lived beyond his means and died in debt. His paintings were little thought of until famous painters like Cezanne, Picasso and Jackson Pollock rediscovered his work.

It's not just that Plath became famous after her death, she partially became famous because of her death. Plath committed suicide in 1963. Though she'd been published before then, the publication of "Ariel" is what really caused her rise to fame. The poems in that work were dark, autobiographical and described mental illness. Her tragic death made the work feel deeply poignant, and Plath rose to popularity.

John Kennedy Toole almost got "A Confederancy of Dunces" published during his lifetime. A major publisher expressed interest; however, they would not publish it without revisions that he disagreed with, so he stopped work on the novel. He tried to get another novel published, with no success, and eventually ended up committing suicide. After his death, his mother got "Confederacy" published and it won a Pulitzer Prize.

While he was alive, Henri de Toulouse-Lautrec made a living off his art, but not his paintings. Though he was a trained painter, he was commissioned by the Moulin Rouge to make posters for them. Other painters saw the posters as crass and commercial and Toulouse-Latrec received no respect for them. After his death, his mother had to pay to organize an exhibit of his paintings. That exhibit, however, brought his work the recognition it deserved. He is now one of the most well-respected Post-Impressionist painters.

Edith Holden was a part-time teacher, as well as an illustrator of children's books. She died trying to reach a branch of chestnut buds when she fell into the river Thames and drowned. After she died, one of her notebooks was published. Called "The Country Diary of an Edwardian Lady," it has her notes and illustrations of flora and fauna and it's an incredibly popular work of literature to date.

Although Lovecraft was published during his lifetime, he was a pulp writer. He often took other jobs, as the work never financially sustained him. In fact, Lovecraft was so destitute, he sometimes went without food to have the money to mail letters. He's now seen as one of the fathers of horror writing.

The famous author of works such as "Metamorphosis" and "The Trial" only had a few works published during his lifetime. As a matter of fact, he left explicit instructions that his unpublished works be burned after his death. Max Brod, his literary executor, ignored his instructions. It turned out to be a wonderful decision.

Bradley Nowell, the lead singer of Sublime, certainly believed the band would go somewhere. He dropped out of school to devote his time to making music. Unfortunately, Nowell was an addict. Though he made efforts to get clean, he succumbed to his addiction. He died a year before their self-titled album hit number one on the charts.

Mike Disfarmer was a photographer who lived in rural Arkansas. For a small fee, he photographed locals. In the 1970s, more than a decade after his death, a large cache of his negatives were found, restored and put on exhibition. His work has since been exhibited in many galleries, including the Museum of Modern Art in New York.

Julia Margaret Cameron was a portrait photographer. Her work was harshly criticized during her lifetime, with critics finding her soft-focus images amateurish. Her work was republished in a collection in the mid-20th century, but still criticized. Only later in the century did her work begin to receive critical recognition, and it has since been displayed in the Metropolitan Museum of Art and the National Portrait Gallery, among other museums.

Johannes Vermeer did receive some recognition for his work during his lifetime, but he certainly wasn't famous. He had moderate success, but died leaving his wife and children in debt. After that, he languished into obscurity, and was either barely mentioned or not mentioned at all in surveys of Dutch art. He was, however, rediscovered in the 19th century, and is now seen as one of the greatest painters of the Dutch Golden Age.

Henry Darger worked as a hospital custodian. Upon his death, his landlord discovered a manuscript among his belongings. Called "The Story of the Vivian Girls, in What Is Known as the Realms of the Unreal, of the Glandeco-Angelinian War Storm, Caused by the Child Slave Rebellion," it was a 145-page fantasy story with illustrations. It's one of the most famous examples of 'outsider art,' art where the artist has no contact with mainstream art institutions.

While Bach was famous in his day, he was famous for something other than what we know him for now. He was known as a renowned organist rather than a composer. Very few of his compositions were published in his lifetime. It was only in 1829 when a German composer reintroduced his work that he became the Bach we know today.

Herman Melville started off his publishing career with a bang. His first and second books, "Typee" and "Omoo" did well, but his books afterwards were critically panned. At the centennial of his birth, there was a "Melville Revival," when there was a reassessment of his work and "Moby Dick" is now considered to be among the greatest novels of all time.

Nick Drake was a folk singer in the '60s and '70s. During his lifetime, Drake sold no more than 5,000 albums. He suffered from depression, and eventually died of an overdose in 1974. His work was rediscovered and by 2014 he had sold 2.4 million albums.

Jonathan Larson wrote the hit musical "Rent," Unfortunately, he did not live to see its success. Larson had worked on the musical painstakingly for three years, but he died suddenly of an aortic dissection the morning of its off-Broadway premiere.

Robert Johnson achieved a little fame in his day. The Delta Blues guitarist and singer had two recording sessions in 1936 and 1937. In 1938, a producer sought him out to perform at Carnegie hall, but hadn't realized that Johnson had died. In 1961, Columbia Records assembled his recordings and released them in an album called "King of the Delta Blues Singers." The album became an instant classic and his work has influenced such artists as Eric Clapton, Bob Dylan, Keith Richards and Robert Plant.

Jazz singer Eva Cassidy released only one studio album in her lifetime. Her second album was a live album. Unfortunately, at 33, she passed away from cancer. Later, a British DJ played her songs on a popular show and demand for her work skyrocketed. A compilation of her work hit number one on the charts soon after.

Though Philip K. Dick certainly wasn't unknown while he was alive, his works weren't the household names they are know. The sci-fi writer won many Hugo awards and was popular in sci-fi circles, but not beyond. He died just before the release of "Blade Runner," an adaptation of his novel "Do Androids Dream of Electric Sheep". His work has since been adapted into other major on-screen successes, such as "Minority Report" and the series "The Man in the High Castle."

Van Gogh only sold one painting during his lifetime. It was "The Red Vineyard," which he sold for 400 francs. In 1990, his painting "The Portrait of Doctor Gachet" sold for $82.5 million. Van Gogh, who lived in poverty his whole life, could never have imagined just how much money his paintings were worth.