Camila Villafane
Behind-The-Scenes Secrets Of “Riverdale” That Will Make You Love The Show Even More January 22, 2018 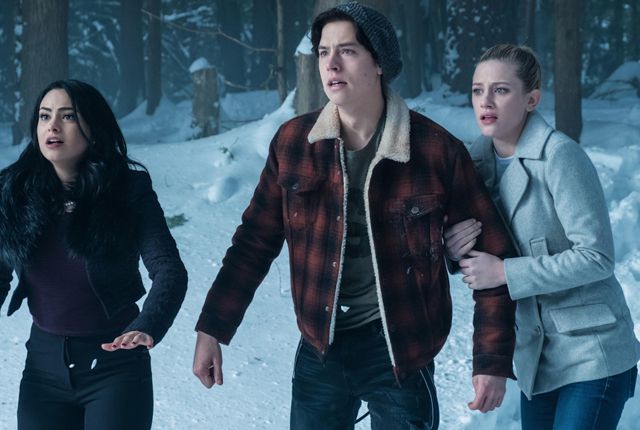 By now you know about the dark and eerie twists of the CW series Riverdale. The series is modern take on the characters from the Archie Comics. And those characters have been popular for nearly 80 years. But this new version of the town of Riverdale is littered with teen drama, mystery, affairs, and best of all, murder. So a lot has happened in the titular down during the show's run so far. But if you asked the actors, they'll tell you that a lot of stuff has happened off camera too. And that's why we're bringing you these shocking behind-the-scenes secrets of Riverdale.

Cole Could Have Been Archie

Cole Sprouse ended up with the role of Jughead, which is ironic since he didn't even find the "Riverdale" script enticing. He was also offered the role of Archie, but he felt that Jughead was better suited for him, so the Archie role went to KJ Apa.

The New Zealand actor who plays Archie has one thing in common with his "Riverdale" counterpart. They both f*ck up on social media. In Apa's case, he liked a fat shaming comment on Instagram that totally pissed some fans off.

Lili Reinhart's character, Betty Cooper, struggles with mental health issues. In real life, Lili suffers from depression and anxiety, which forced her to return to North Carolina to recover. But she returned to the limelight in time to land her "Riverdale" role. Way to go, Lili!

Camila Mendes has done a great job playing Veronica Lodge, and fans wouldn't have any other actress playing her. But when she was auditioning for the role, casting directors told her that she didn't "look Latina enough." Hum, is that a thing?

Here's one of the most painful behind-the-scenes secrets of “Riverdale” In the season one finale, Cheryl Blossom nearly killed herself, but Archie punched a slab of ice and freed her. Unfortunately, actor KJ Apa got so into the scene that he really did break his hand.

Jughead And Betty May Be Dating IRL

Rumors have been circling since late 2017 that Lili Reinhart, aka Betty, and Cole Sprouse, aka Jughead, are dating off-screen just like their characters. But although both actors have denied the claims, fans are gushing over all the cute social media pics.

Fans know that Sabrina was a total fan of Archie comics, but Melissa claims it's a little sad that "Riverdale" is so unoriginal. As far as the spin-off series, which would bring Sabrina back, (who originated in the Archie comics) she says it'd be confusing if she were to play it.

Cole Sprouse Was In A Real Life Fight

The actor is outspoken as his character, Jughead Jones. While filming the second season, a street performer named Babe Coal disrupted filming with her music. Cole asked her to stop, which led to a verbal argument where she agreed to stop, but only if she got paid. So frustrating!

Actress Vanessa Morgan joined the cast in season 2 as Toni, a bisexual character who was going to cause a rift between Jughead and Betty, causing a love triangle. Bughead fans weren't happy with the character and started lashing out. Morgan claims she even got death threats.

Lili Reinhart, aka Betty Cooper got fat-shamed by a Twitter user who claimed to love her, but was worried about her health. He said, “I love you but I also can’t stand to see you look so unhealthy and be happy with it. It’ll out shine your talent." So Lili thanked him for his concern, and promised to reply when she finished "my double cheeseburger."

Madelaine Petsch plays Cheryl Blossom, who is not only overly confident, but a total bully. In real life, she and her brothers were victims of bullying, just because they were redheads! Fortunately, the actress overcame the trauma thanks to the show's fans.

Lili posted a pic on Twitter of a person painted in all black and wrote that she'd "found her Halloween 2017 costume." Fans called her out on it and she deleted the post. Afterwards she apologized and explained she never intended to be racially insensitive.

Much like his "Riverdale" character, Archie, Apa is a musician and has enjoyed playing the guitar for a long time. In fact, when he learned that Archie was a musician, it made the actor want to play the character even more. Plus, music is such an attractive quality in a guy.

Over the summer, an excited fan of "Riverdale" wanted to take a photo with Cole Sprouse, also known as Jughead, but he said no, which forced the fan to turn to Twitter and claim the cast of the series was "disgusting and rude." But Lili Reinhart stood up for her co-star.

One Original Actor Left The Show

In season one, the character of Reggie was played by actor Ross Butler. But he didn't get a lot of scenes. That was supposed to change for season 2, but Butler had already signed on to star in "13 Reasons Why," so the scheduling conflicts forced him to leave.

After years of staying silent, she decided to talk about her own sexual harrassment story. She admitted feeling powerless at the time, but thanks to coming forward, she says she believes in "standing up for yourself as a woman and coming forward about sexual harassment"

Reinhart's character Betty, doesn't get along with her on-screen mom, played by Madchen Amick. But here's a sparkly behind-the-scenes secrets of “Riverdale” you didn't know: The two actresses have matching tattoos of an arrow on their forearms!

Madelaine Petsch, aka Cheryl, is a natural redhead, but KJ Apa is not! He had natural dark brown hair, but dyes it to play Archie. He joked that they had to bleach his hair and dye it once a week for six months per season, and that he might be bald by the end of the show.

Archie Comic book writer Chip Zdarsky claimed that Jughead was asexual. But on the television series, writer Roberto Aguirre-Sacassa ended up changing that. Despite the change, Cole Sprouse has openly supported his character's comic book asexuality.

In the summer, KJ Apa was driving home after a sixteen-hour day when he fell asleep and crashed into a pole. Apa wasn't seriously hurt, but half his car was wrecked. And this little incident made people wonder why the studio didn't provide a car for the tired actor.