The Best Animated Movies For Adults On Netflix 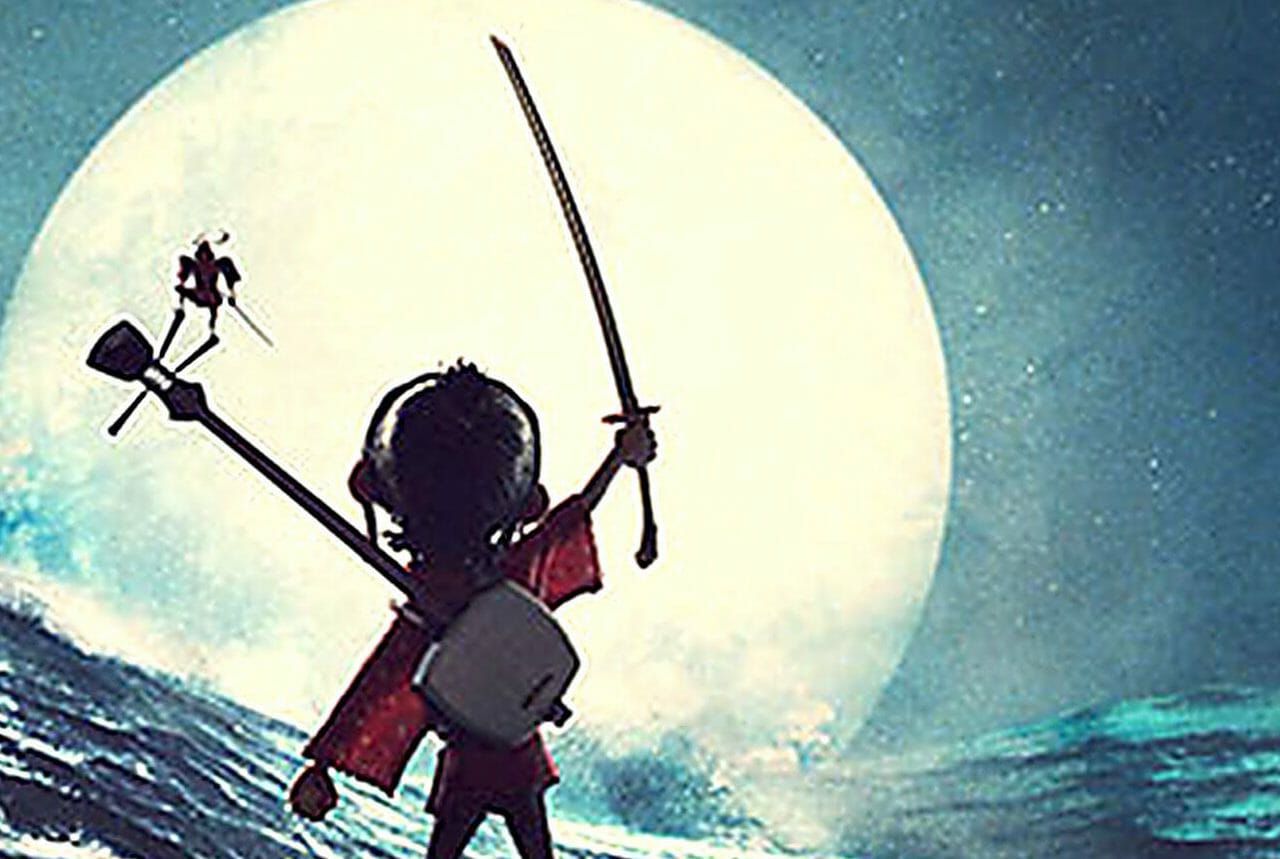 What are the best animated movies on Netflix that adults can enjoy?

Is there anything more universal than staring at Netflix, wondering what to watch?  I spend more time deciding what movie to watch than actually watching movies. But you can't go wrong with a good cartoon. So here's a list of the absolute best animated movies on Netflix that even adults will like. Because people too often dismiss animated films as just "for kids." But the best ones are universal. They appeal to a wide range of audiences. And plenty that that even aim directly at adults. They use the form to tell stories that would be difficult or impossible to tell in live action. Either way, animated movies are awesome. So here are the best ones on Netflix right now.

The massively successful follow-up to 2003’s Pixar megahit Finding Nemo, this outing follows its breakout character, the Ellen Degeneres-voiced Dory. In it Dory, the forgetful fish, goes looking for her parents. This movie grossed over a billion dollars, and remains one of the biggest animated movies ever, and it definitely continues Pixar’s long history of quality.

For anyone growing up in the 90s, The Land Before Time is a nostalgic childhood favorite. If you want to revisit it, there is a lot there for grownups, which isn’t a surprise for a film produced by the kings of entertainment for all age groups: Steven Speilburg and George Lucas. The story of an orphan that tries to find to find a paradise free of famine and environmental devastation, it becomes more topical with each passing year.

This is only 12 minutes long so there is no excuse not to check out this beautiful film about memory. This film looks like no other anime I’ve ever seen, and it packs an emotional punch. There is definitely a reason it won the Oscar for Best Animated Short Film. If you have 12 minutes to spare, there is probably no better way to spend it.

This heartbreaking and beautifully realized film looks at the bombing of Hiroshima through the eyes of Suzu. The movie is life-affirming in ways that are both difficult and satisfying. It is interesting that some of the best modern war films, like Waltz with Bashir and this, use animation to convey the effects of war.

It feels odd recommending a children’s movie starring Woody Allen, but Antz is a really good movie and you only have to hear Woody. I mean it is clearly Woody and there is a lot of him, but otherwise it’s good. I mean Sharon Stone is in it. That’s something. But yeah Woody Allen is totally in it, not going to lie. Maybe rent A Bug’s Life.

This stunning film is based on a Japanese manga of the same name. It is the story of a female artist who lives in the shadow of her father. The themes it tackles, how it tackles them, and the animation are all superb. If you like your anime films contemplative and emotive, then this is the one for you, and hey….no Woody Allen.

Chicken Little is a Disney film that seems like a Dreamworks film, and I don’t mean that as shade. The film plays with the folk tale in interesting ways, and expands out ‘the sky is falling’ morale to an entertaining and likeable film. The voice cast, like most modern animated films, is absolutely stacked.

Anyone who has ever taken a French class has read The Little Prince. If that didn’t totally ruin the book for you, then you should check out this reimagined adaptation. The voice cast features Jeff Bridges, Marion Cotillard, Rachel McAdams, Paul Rudd, Benicio del Toro, James Franco, Ricky Gervais, and Paul Giamatti. All of them in one film and no one is going to test you on irregular French conjugation afterwards!

Another stop-motion animation, this time the highest grossing installement of all time from the studios responsible for Wallace and Gromit. Chicken Run features chickens trying to avoid being turned into chicken pot pies and is one of the most purely entertaining films on this list. It was both a critical and box office hit, and is well worth your time.

If there was an Oscar for titles, then Kung Fu Panda would have won hands down. The movie that goes along with its awesome title is just as fun and definitely delivers a panda who does kung fu. Jack Black and Angelina Jolie’s voicework is stellar, and there is a reason it has spawned two massively successful sequels – it is a great film.

If the thought of foodstuffs swearing and acting like frat boys makes you laugh, then Sausage Party is the movie for you. It isn’t a terribly smart movie and its jokes are definitely not highbrow, but it certainly throws everything at the wall to make you laugh. Basically, if a murderous douche doesn’t make you smile, then skip it.

Boss Baby seems like a parody of a film Hollywood would make, but nope it’s the real thing! What is surprising is the film is actually really good. Alec Baldwin is perfect as the eponymous Boss Baby, and it grossed a fortune and was even nominated for an Oscar. So if eighty-year-old white dudes at the Academy Awards voters think it is mature enough, then it must be!

Cars is Pixar’s least loved film series, and one that definitely appeals to younger boys more than most adults. But like all of John Lasseter’s films there is just so much heart and so much craft, that it is impossible to dislike. Is it his masterpiece? No. Is it better than its critical reputation? Yes.

Another 90s Disney classic, this film is problematic in its whitewashing of history, but also has a brilliant lead female. I think this film now works better as a movie for adults, who can look at the issues surrounding Pocahontas, indigenous representation, and cultural appropriation. It is an entertaining movie that is in the Disney pantheon, but one that should be consumed with a critical eye.

Amblin’s An American Tale introduced us to one of the greatest cartoon characters of all time, the Russian mouse Fievel. The plucky mouse would go on to star in Fievel Goes West (1991) and the TV series Fievel’s American Tales (1992), but this is still his best outing. It tells the timeless tale of an emigrant making the journey to pursue the American dream.

Who doesn’t want to spend two-hours with an outsider dog who saves a town from an epidemic? This 90s classic more than holds up. It felt throwback even in its day, but that’s part of its charm. I had trouble watching it as a kid because I was always so scared the dog, Balto, was going to get hurt. As an adult, it is only slightly easier!

A stop-motion animation based on Neil Gaiman’s similarly named graphic novel, which established the much-loved studio Laika, Coraline is as adult-pleasing animation as you can get! It was a critical smash, and there is no other animated film that looks anything like it. The story is great, the characters are great, and the animation is great. What more do you need?

There is so much to love in Moana, and if you are one of the three people in the world that hasn’t yet see it, get on it. From its amazing protagonist through its next level animation, the film delights from start to finish. It also has one of the best soundtracks of any Disney movie.

This Canadian-Irish co-production was produced by Angelina Joile and nominated for an Oscar at the 90th Academy Awards last year. If the eclectic pedigree doesn’t convince you, then maybe knowing the story will seal the deal. The movie is about a young girl in Afghanistan who has to disguise herself as a boy to become the family’s breadwinner, while trying to find her father.

Ok, so this movie isn’t amazing, but it features the iconic Whitney Houston-Mariah Carey duet ‘When You Believe’, which definitely counts for something! The story of Moses does look amazing and the cast is pretty stacked. It is definitely worth a watch, even if it doesn’t ultimately land as well as that diva duet.

I feel like cartoon Hercules in this movie was a major sexual awakening for me at ten years old. Like there is no way a cartoon needs to be wearing a toga that short. But, as for how it’s aged? Well it’s a 90s Disney movie, so it is both timeless and totally of its time.

I have a soft spot for The Secret Life of Pets. It isn’t an incredible film, but it is filled with enough fun bits and set pieces to keep you entertained. The real reason to check this out is the awesome voice cast, with Jenny Slate a particular standout as Gidget, a pampered Pomeranian.

If you love Justin Timberlake’s song “Can’t Stop the Feeling”, with its derivative lowest-common denominator, narcissistic desire to be liked, then you’ll probably also like Trolls. I’m not going to sit here and tell you it’s a great movie, but it is a fun movie, that probably works best for adults who are hungover or just back from a long day of work. It serves the same purpose for me as Real Housewives.

Mulan is a total classic and any film fan who hasn’t seen it, should correct that immediately. Based on a Chinese legend, it is about a daughter who takes her father’s place in the army during an invasion. Mulan hits all the right notes, and it is the last of the classic Disney-princess movies, and probably its most progressive.