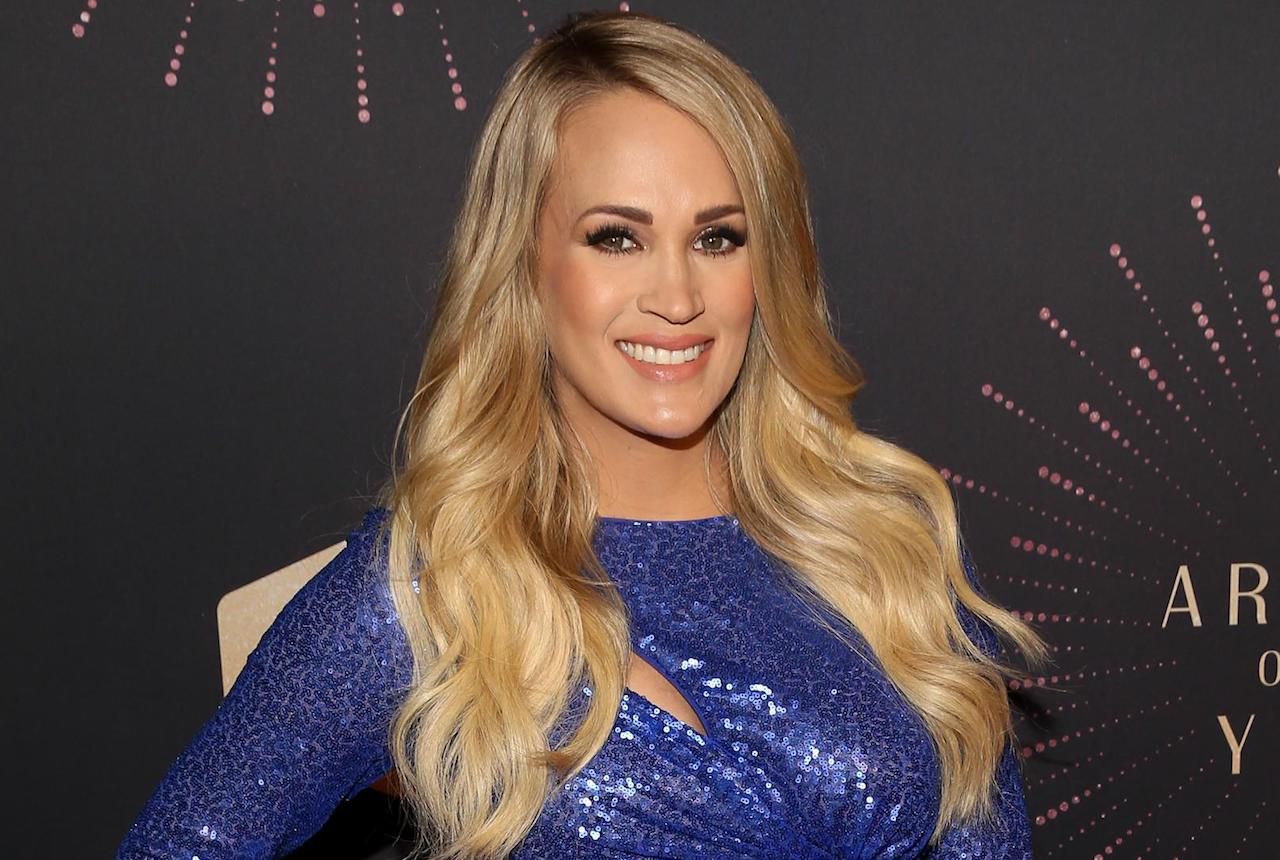 Lee Ann Womack kicked off the 2000s with a bang. Her album "I Hope You Dance," including the title track, was a massive country-pop crossover success. And then, five years later, she had another smash success with a more traditional country sound on "There's More Where That Came From." Since then, she's been releasing acclaimed Americana-infused material.

Singing tunes as sweet as their name, Sugarland boasts a slew of high-selling, quality country albums and singles. No. 1 hits include "Want To," "Already Gone" and "Settlin'." While they took a brief hiatus in 2012, they reformed in 2017 and released a new album the following year.

With his harder, rock-tinged aesthetics and quirky, self-deprecating sense of humor, Sturgill Simpson defies any easy country label. He's only put out three albums thus far, but all of them achieved massive critical acclaim. His 2016 album, "A Sailor's Guide to Earth," won the Grammy for best country album.

Rascal Flatts' music just makes you feel good. The trio has released 12 albums since 2000, the majority of which have gone platinum. No. 1 singles include "Bless the Broken Road," "What Hurts the Most" and "Take Me There." Also, their cover of "Life Is a Highway" just absolutely rips.

There's nothing that says 21st century star more than becoming famous via reality TV. But that's not a knock against Miranda Lambert's talent, which shined through her introductory stint on the country competition show "Nashville Star." Since then, she's put out platinum, Grammy-winning albums and hit singles like "Gunpowder and Lead."

While you may best know her as the vocalist on pop crossover hit "The Middle" with Zedd and Grey, Maren Morris is a country singer through and through. She's put out an EP and two albums, "Hero" and "Girl," all of which were smashes on the country charts. She constantly draws raves for her smoky, "been-through-a-lot" vocals, and has won a Grammy for best country solo performance.

Since 2007, Luke Bryan has put out nine albums, and smashed the charts with tons of number one hits to boot. His signature tunes are playful and fun-loving, with good times guaranteed by "Drink a Beer" and "Kick the Dust Up." Bryan has stated in interviews that he's as influenced by hip-hop music as he is by country.

Little Big Town has big, big harmonies. With all four main members sharing vocal duties, their songs are lush and thick. Hit singles off their platinum albums include "Pontoon," "Tornado" and "Girl Crush." They were highlighted in the inaugural Grammys on the Hill, which awards musicians who work for progressive advocacy.

Zac Brown Band is one of the harder, more rock-infused country acts you'll find in the mainstream scene today. They've released several multi-platinum albums, and smash hits like "Chicken Fried," "Keep Me in Mind" and "Homegrown." Other acclaimed artists have collaborated with the band, including Dave Grohl, Jimmy Buffett and Jason Mraz.

No musical artists symbolized a post-9/11 American sense of pride and revenge than Toby Keith. Hit songs like "Courtesy of the Red, White and Blue (The Angry American)" juxtaposed Keith's more traditionally playful country tunes like "Beer for My Horses." As the years move on, Keith continues to tap into a particularly angry American purview.

With Lady Antebellum's greatest hit "Need You Now" crossing over onto the pop charts and winning Grammies for record of the year and song of the year, the whole world got to experience their particular brand of emotional, anthemic country. Other hits of theirs include "I Run to You," "Our Kind of Love" and "Just a Kiss."

It must be in his DNA. Thomas Rhett is the son of famous country singer Rhett Atkins. But Rhett is no case of nepotism gone amok. With tunes like "Sixteen," "Star of the Show" and "It Goes Like This," Rhett has proven time and time again that he's the real deal. He's also penned smash tunes for other country acts like LoCash and Lee Brice.

Keith Urban is not, on paper, your typical country star. He's from New Zealand. And he's married to one of the most glamorous movie stars there is, Nicole Kidman. But though his upbringing and lovelife may be different, you can't deny the impact of his incredible music. Billboard even named "Somebody Like You" the biggest country song of the 2000s.

Taylor Swift has fully transitioned into "pop star mode." But for much of her career, Swift was a country star through and through. Early albums like her self-titled debut and "Fearless" had surprising crossover hits like "You Belong With Me." And "Red," perhaps her last true country record, played both sides cannily, cementing Swift as a superstar with bangers like "I Knew You Were Trouble."

Do you have a friend who "doesn't like country music"? A friend who scoffs at the genre's supposed simplicity and shortcomings? Show them Kacey Musgraves. She's the perfect starter artist for skeptics, a performer who rakes in the accolades from hipster-friendly outlets like Pitchfork and the Village Voice while being a capital-C Country performer.

Jason Aldean provides listeners with a good old slice of country. Singles like "Big Green Tractor" and "Tonight Looks Good on You" bring down the house with a pitch-perfect rendering of your favorite country elements. And in 2017, when a gunman struck at a Las Vegas concert of his, he took to "Saturday Night Live" just six days later to provide words of comfort and perform Tom Petty's "I Won't Back Down."

Gretchen Wilson solidified her musical identity so succinctly, most of her album titles describe it perfectly. "Here for the Party"? Check. "All Jacked Up"? Check plus. "One of the Boys"? Check double plus. With hit singles like "Redneck Woman," Wilson will give you a rollicking good time.

Florida Georgia Line's particular brand of country was so immediately influential, they basically invented a new genre: bro-country. You can hear the sound typified on their mega-smash single "Cruise," which became the first ever diamond country song. Their tunes cover the basics of having a good time, while incorporating unorthodox-for-country production styles from pop and hip-hop music.

They're not ready to make nice. And even in the face of backlash and blacklisting after some pointed comments regarding President George W. Bush, the Dixie Chicks remained one of the strongest country outfits ever. Plus, they had one of the coolest crossover moments ever. Listen to their collaboration with Beyonce on "Daddy Lessons," posthaste.

A Dierks Bentley tune can feel like modern country-pop, like old-fashioned bluegrass or like a combination. This mixing and matching characterizes Bentley's work. Take, for example, his No. 1 single "Drunk on a Plane." At face value, it's a charming boot-stomper about, well, getting drunk on a plane. But Bentley also admits it has "an underlying lonesomeness."

After Hootie and the Blowfish, lead singer and guitarist Darius Rucker went another route: country. In doing so, he made milestones. He became the first black artist to win the CMA's New Artist Award, and is one of only three black performers inducted into the Grand Ole Opry. Rucker's No. 1 singles include "Don't Think I Don't Think About It" and "This."

If there are any folks who still take "American Idol" seriously, it's in no small part because of Carrie Underwood. She won the fourth season in 2005, and quickly became the biggest country vocalist ever. Tunes like "Before He Cheats" and "Jesus, Take the Wheel" were instant classics, and Underwood has won tons of awards and critical acclaim, not to mention her historical record sales.

In 2009, Brad Paisley achieved a new country record: getting 10 No. 1 singles in a row. These songs, alongisde his work since then (and his infectious music on the "Cars" soundtrack) show how much heart and soul Paisley puts into his work. And it didn't go unnoticed. In 2014, he traveled with President Barack Obama to visit and play for troops in Afghanistan.

Will there ever be a more perfect country song title than "Save a Horse (Ride a Cowboy)"? Big Kenny and John Rich hit the country charts hard in the early 2000s, not just with this barn-burner, but with sensitive tracks like "Lost in This Moment." They took a hiatus beginning in 2009 (though both members released successful solo albums), but started performing together again in 2011.

Alison Krauss is an undeniable country/bluegrass legend. And while much of her best-known work occurred before the 21st century, she contributed two indelible pieces of country music history after 2000. First, she performed and wrote on the juggernaut "O Brother, Where Art Thou?" soundtrack. Then she released "Raising Sand," a collaboration album with Led Zeppelin frontman Robert Plant. Both works were huge successes, and both threw country into mainstream culture for good.