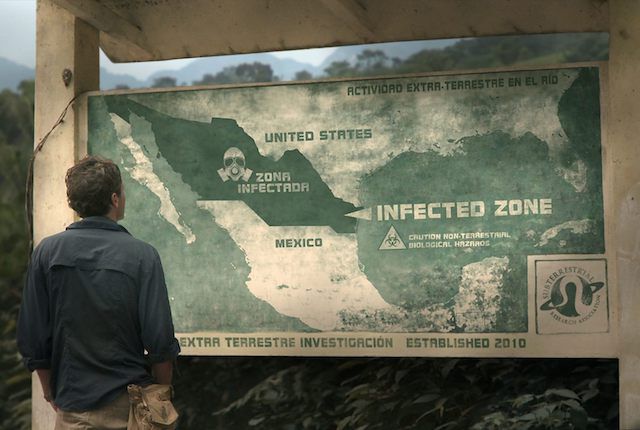 Netflix is pulling sci-fi nerds in with an extended library of stuff to choose from. Now, we’re not here to tell you to watch “Altered Carbon” (you should) or “The Cloverfield Paradox” (you shouldn’t). Those are both easy sci-fi targets, and while we’re all for taking in as much science fiction as is humanly possible, we want to give you the best stuff that you may not know is actually available. These are the 20 best sci-fi movies on Netflix right now. So get streaming.

Jesus, it’s almost as if every post-apocalyptic sci-fi film has to be a real bummer. Oh, wait. They all do. “The Survivalist” has every bit as much doom and gloom as “The Road” does, but it also features an attempted wire abortion, because the end of the world is seriously f—ed.

Are you a sucker for depressing AF post-apocalyptic scenarios? Then “The Road” is for you. It’s bad enough having to watch a man and his child struggle for survival for two hours, but then there’s the end of the film, where things just get worse. Viggo Mortensen is at his best here though, at least for most of the movie.

Jared Leto can be kind of hit or miss with his role selection — you’ve got “Requiem for a Dream” on one side; “Alexander” on the other — but “Mr. Nobody” has the fortune of being better than many. The film’s nonlinear style is refreshing, and its exploration of multiverses is done surprisingly well. We could def do without Leto’s old age makeup, though.

Natalie Portman and Hugo Weaving star in this dystopian thriller about an anarchist freedom fighter in neo-facist England. It’s based on a comic series by David Lloyd and Alan Moore, the latter being responsible for writing some of the greatest comics of all time, including “Watchmen.” It’s absolutely one of the Wachowskis’ best films and one of Moore’s best adaptations (even though he didn’t want credit for it).

Another Wachowski film on our list, “Cloud Atlas” is less futuristic end of the world viewing and more what the f— did I just watch fare. But it’s so goddam beautiful. And once you’re able to follow along with the plot and the everything is tied together message, it really makes for a fantastic and emotional experience.

“Dark” is the first German-language original series on Netflix, and f— if the network isn’t about to corner foreign language productions now, too. It tells the story of missing children in a fictional town, but there’s a time travel twist. “Dark” has been compared to “Stranger Things” in several ways, and we aren’t exactly mad about it.

“Chappie” is made by the same guy who gifted us with “District 9,” and it kind of has the same feel. Only instead of aliens, it’s about a police robot. Who gets reprogrammed. To be a gangster. It’s really one of those that you just have to watch.

Neil Gaiman is arguably one of the greatest writers of this generation (if you’ve never read “The Sandman,” you’re seriously missing out). That’s why it’s so hard to understand why the adaptation of his novel “Stardust” flew under the radar in ’07. Not only does it have a great cast — Robert De Niro as a crossdressing sky pirate! — but the story of a human version of a fallen star is pretty great, too.

What Happened to Monday

“What Happened to Monday” is one of the Netflix original works that actually happens to be a real gem. In a future where the solution to overpopulation is to put multiple birth siblings into cryosleep, a group of septuplets devises a means of living as a single person. That is, until one of them goes missing. It’s full of twists and turns and an ending that you genuinely won’t see coming.

We all know the “Star Wars” prequel trilogy blew chunks. Everything about it was bad. But the animated 2008 series “The Clone Wars” fixed all of the bullshit. Not only that, but it introduced fans to Ahsoka Tano, who is hands down the greatest “Star Wars” character we’ve yet to see on the big screen.

Okay, so we lied. “9” is a post-apocalyptic film that’s really pretty heartwarming. That probably has a lot to do with the fact that it’s animated and the main character is a rag doll called a “Stitchpunk,” but whatever the case may be, we love the shit out of this movie, and we would definitely be down to watch it more than once. Sad, lifeless Earth or no.

“Metropolis” is one of those that literally every film student in the world has studied. So, maybe you want to relive your college glory days. Or maybe you couldn’t actually make it into film school and just want a taste of the curriculum. Either way, now you can watch “Metropolis” on Netflix.

What could be more charming than a couple of sweet alien robots who decide to help out the tenants of a rundown apartment complex? Nothing, that’s what! And every ‘80s kid in America will throw down if you so much as hint at anything otherwise.

John Dies at the End

“John Dies at the End” isn’t just straight sci-fi; it’s a perfect blend of humor and horror as well. It’s only been out for six years, but it’s already considered a cult classic, and for good reason. It’s unexpected and entertaining and beautifully stylized. And pretty much anything with Paul Giamatti is going to get our vote.

Christopher Nolan has proven himself time and again as a director, from “Memento” to the “Dark Knight” trilogy. With help from his brother and frequent writer Jonathan, “The Prestige” stands out as a creepy sci-fi story in the guise of a period drama. The end is straight bonkers, but the ride along the way is the best of the Nolans.

Buckle the f— up for this weird cult 2001 film that explores time travel, alternate dimensions, and the bizarre doomsday visions of a teenage boy. It also has one of the most listenable soundtracks of the decade (don’t pretend like you didn’t play “Mad World” on repeat as an angsty teen). Plus, the kid from “The Doom Generation” in a giant bunny suit.

What happens when completely different people from all around the world start experiencing each others’ lives and emotions in real time? Clearly, it’s a government conspiracy, but “Sense8” is so much more than your typical rag-tag team against Big Brother story. It’s only two seasons long, which is unfortunate, but it also makes it prime binging material.

It’s hard to be original when it comes to end of the world movies, but “Embers” actually does it. The 2015 indie flick navigates life and love in a world where people have no memory of the past and are unable to create any new memories. Kind of like “50 First Dates,” only serious and sci-fi.

You might be shocked, but Syfy does manage to put out some actual science fiction every now and then. “The Magicians” lands a bit more on the side of fantasy, as a sort of R-rated “Harry Potter,” but it’s still sci-fi, and we’re counting it. The benefit to catching it on Netflix, too, is that there is no such thing as network censorship, so all those f-bombs are beautifully intact.

Oh, hey there, “Star Wars” fans… did you enjoy 2016’s “Rogue One?” Well, “Monsters” is director Gareth Edwards’ debut, and it is definite proof of his abilities. It’s a great giant monster movie, too, which is something we really don’t see enough of in science fiction these days. Sure, we’ve got time and space and dimensional travel, but we seriously need more tentacled monsters.