Jen Arbues
‘Blade Runner’ Technology We’re Still Waiting for (and a Couple We Already Have) November 21, 2017 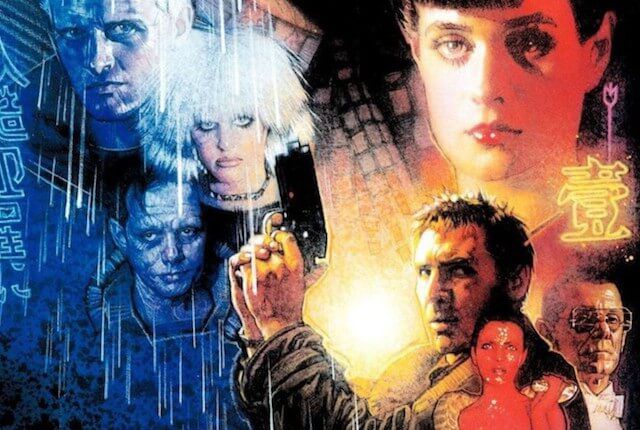 "Blade Runner" painted a dystopian portrait in 1982 of what 2019 would look like: Life on other worlds, flying cars, robots that may as well be actual human beings. But how much of that tech came true? Sure, we’ve got robots. But they’re pretty far from the film's replicants. Here are seven examples of "Blade Runner" 2019 tech we’re still waiting for, plus a bonus two we’ve managed to actually get our hands on…

Deckard’s police car is a sweet ride, and we’re definitely looking forward to bypassing traffic on the 405 in favor for a more scenic sky view. We have to wonder how they’ll regulate air and ground traffic, though. Where will they even put the stop lights?

Terrafugia is a company based in Massachusetts that has actually designed a flying car contraption available for purchase. You’ll just need $279,000, driver’s and pilot’s licenses, and an airport runway. It’s also a few years out still, so start saving now.

Since real animals are in short supply in “Blade Runner,” fake ones have become pretty popular. Some are so lifelike that you’d hardly be able to tell the difference. Except for that weird red reflection in their eyes...

Remember that Tamagotchi you carried around in your pocket back in the day and had to feed on the reg? Tobot animals haven’t exactly progressed much since then. We’ve got ‘em, but they look, well, like this.

Whether or not “Blade Runner’s” off-world colonies really are “a golden land of opportunity and adventure” is up for some debate, but the fact remains that they do exist.

Elon Musk’s SpaceX is getting closer every day to its goal of colonizing Mars. But what’s a Mars colony without a corresponding Nexus-6 combat model to go with it? This is supposed to be 2017. Get on it, Musk.

J.F. Sebastian is a genetic designer whose work focuses mostly on interactive robot bears and mini Kaisers, but which also includes the nervous system of the replicants. It’s a pretty cushy job, but it does come with its own hazards. Namely, dying at the hands of the thing you helped create.

Real life genetic engineering is actually a thing that’s on the horizon. Genetic design is being geared toward curing life-threatening diseases. Of course, what’s life without disease if you can’t spend those extra years hanging out with a living toy bear?

Rachael is the only Nexus-6 replicant with implanted memories, an “experiment” which was done to combat the obsessive emotional issues others developed. Basically, she’s the well-adjusted robot of the bunch because she can recall fondly the death of a pregnant spider.

While we may not have the technology to literally implant memories in people, robots, and the like, we do have unscrupulous individuals with the ability to create false memories under hypnosis. So, you know, same.

Genetic design and implanted memories are fun and all, but they fail to come close to the level brought on by walking, talking, indistinguishable-from-human robots. The Nexus-6 replicants are the wave of the goddam future, and we wouldn’t mind having a Pris/Batty duo of our very own, TBH.

There have certainly been advancements in android tech, particularly in the “romance” field, but for the most part, humanoid robots are still clunky, herky-jerky, and more than a little terrifying. Thanks but no thanks, Sophia.

Deckard is hands down the king of photo enhancement detective work, managing to completely crack his entire case by using his computer to zoom in and enhance a single image over and over. We’re not saying it’s a little unrealistic, but…

As much as we love ourselves a good ol’ “SVU” binge, police enhancement tech is nowhere near the way it’s portrayed on TV. Or in movies. Truth is, they’d be lucky to pull height and weight from surveillance footage. That weird birthmark on the suspect’s right cheek? Yeah, no.

Who would’ve guessed in 1982 that we would someday soon have the technology to share our ugly mugs with friends and family across the globe?

Video billboards are everywhere in the “Blade Runner” dystopian Los Angeles, but they weren’t yet a thing when the film was actually made. Because, once upon a time, we had to get our ads via actual print (look it up, kids — it’s a strange and wonderful world we lived in).

Take a trip to Times Square these days, and you’ll probably feel like a “Blade Runner” transplant. Digital billboards are the current go-to for big business, which basically means we’re only steps away from permanent darkness and drizzling rain. Right?