Camila Villafane
Canceled Superhero Movies We Are So Glad We Never Had To See January 5, 2018 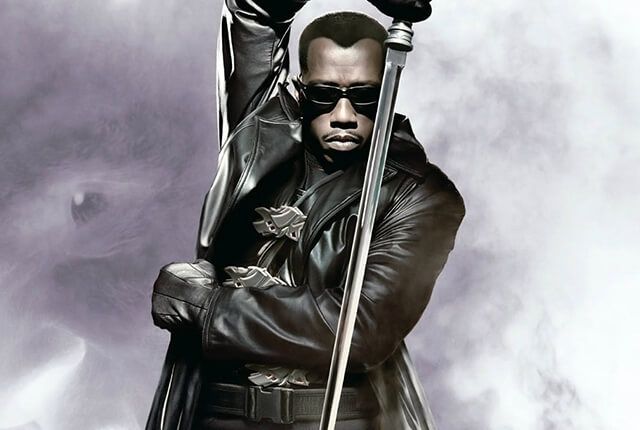 For the last 18 years or so, superhero movies have reigned supreme in theaters. It doesn't matter if you're a Marvel or DC Comics fan. There's something for everyone all year round. But it wasn't always that way. Moves based on comics used to be, by and large, bottom-of-the-barrel entertainment. And there were a lot of stinkers that saw the light of day. But there were some superhero movies, including planned sequels, that were so bad they wound up becoming canceled superhero movies we'll just never get to see. Ever. And thank goodness for that.

The film was about a royal family of mutants called Inhumans who lived on the moon, until a military coup forced them to escape to Earth. The film was scrapped, but fortunately, they turned it into an 8-episode series. Sadly, ratings suggest, this show's a goner!

The DC Comics character had a unique body chemistry that allowed him to stretch and contort, so naturally, the Wachowski brothers had toyed with the idea of a live-action movie played by Keanu Reeves. But sadly, DC felt the movie was a bit of a stretch, and they axed it.

We all know that a 3rd movie was made, and featured a goofy storyline and an incarnation of Dracula. But David Goyer planned a different sequel, one where vampires reigned supreme and humans were forced into camps to have their blood harvested for the vamp overlords.

Had Tim Burton remained onboard for the third in the original Batman film series, the movie would have seen Michael Keaton reprising his role, and Marlan Wayans playing Robin, instead of Chris O'Donnell. Instead the studio traded Burton's goth style with Schumacher's sh*tty neon sequel.

The film was supposed to be a sequel to "Hulk," 2003, which follows Dr. David Bruce Banner as he struggles to contain the Hulk, a creature, who due to a dose of gamma rays comes out whenever he gets angry. But Hulk lives on in the "Avengers" movie, at least.

Villains from the Spider-Man universe like Doctor Octopus, the Green Goblin, Rhino, and more were set to appear in the film focusing entirely on the baddies. Even Tom Hardy was being asked to play the role of Sandman, but the idea ended up in the cancelled superhero movies morgue.

The sequel to "Green Lantern," 2011 with Ryan Reynolds would have taken place in space with Green Lantern duking it out with the evil Sinistro, the Green Lanter Corps ultimate betrayer. But Batman V Superman scrapped the sequel, which would have been released in 2017.

At the end of the 2006 film, Superman threw a Kryptonian landmass into space. That catches the attention of another Kryptonian, who turns out to be the villainous Brainiac, who'd set eyes on Earth as its next target. Unfortunately, the plot was scrapped.

Guillermo Del Toro was planning to call the third sequel "Beast of the Apocalypse," in which Hellboy accepts his inner demon and turns in order to stop a supernatural threat that could end the human race. Unfortunately, a reboot is planned for 2019 without Del Toro.

Thomas Jane put on 12 pounds of muscle for "Punisher," 2004. Unfortunately, the sequel, showing his character, Frank Castle taking on the crime lord, Jigsaw, never happened. Several rewrites, not to mention Jane pulling out of the project, ended the dream of a sequel.

The sequel to the 2015 film by Josh Trank would have been released in 2017 had the movie not bombed as badly as it did. Trank had no plot, but had considered crossing the sequel over with Bryan Singer's "X-Men". FOX thought it'd be easier to just fuggedaboutit!

The story about a brilliant neurosurgeon who becomes a mystic wizard fighting evil would have come sooner to the big screen than 2016. David Goyer wrote a script but only magic would have saved the story development. He admittedly said, "But it didn't go very well".

The Oliver Stone version would have had very little in common with the "Daredevil," 2003 version. Elektra would go up against "The Hand," a clan of ninjas. But the film was scrapped when the character was sold to Twentieth Century Fox to appear in "Daredevil," 2003.

The winged vigilante from the DC universe was supposed to hit the big screens in 2008, but the film project never happened. Fortunately, the character appeared on TV in the CW's "Smallville," and later in "Arrow," "The Flash," and "Legends Of Tomorrow."

Being accused of a murder wasn't the worst thing that the Judge/cop with field judiciary powers had to endure. Sylvester Stallone, who portrayed the character, would have delved into the origins of Dredd, and introduced us to the baddie, Judge Death. But the sequel was sentenced to death.

In the second "The Amazing Spider-Man 2," there was a deleted scene showing Norman Osborne's preserved head. This would have served for a 3rd sequel in which Peter Parker's dead loved ones would have been cloned, including his dead girlfriend Gwen, but it never happened.

We would have loved seeing the origin story of the most popular villain in X-Men history. The film would have delved into Magneto's past as he struggled to survive the Holocaust. But the writer's strike of 2008, put the idea in indefinite hold.

Joel Schumacher planned a sequel for "Batman & Robin," 1997 called "Batman Unchained," which would have shown us Batman at the mercy of Scarecrow's fear toxin. Jack Nicholson's Joker, and Michelle Pfeiffer's Catwoman from the first two films would have made an appearance. Bummer.

Sam Raimi's "Spider-Man," had enough life for one more movie. The film would have shown Spider-Man fighting Mysterio, Prowler, and Rhino before fighting the main antagonist, the Vulture. But time constraints failed to deliver the movie before the deadline.

Roger Avary's "Sandman" comicbook underwent a development nightmare, after the WB rejected writers Rossio and Elliot's version. Then, Avary walked in, and changed some of the concepts of the draft, but they wanted the characters in tights and a cape, and Avary didn't, so the movie didn't make it.

Development for the film began in 1992. The movie was about T'Challa returning to Wakanda, a technologically advanced African Nation to succeed his murdered father on the throne. Wesley Snipes was supposed to star in it, but 10 years later, producers went with "Blade: Trinity" instead.

After "Batman Returns," Tim Burton had planned a Catwoman film. In the movie, Catwoman would have walked around traumatized with bullet holes and unable to remember who she was, so she goes to Oasisburg to recuperate. The movie wound up being too silly and never materialized.

The live action version of the cartoon would have shown a retired old Bruce Wayne who mentors a teen Terry McGinnis to take over the role of Batman. Sounds cool and gritty, but it ended up being one of those cancelled superhero movies that remained in permanent limbo.

If a 4th sequel to the original TNMT movies had happened, the Turtles would have undergone a new mutation. Donatello would have developed psychic powers, Raphael would gain teeth and claws, and Leonardo would turn into metal. Cowabunga dude!