Where Are They Now? The Cast of ‘Clueless’ 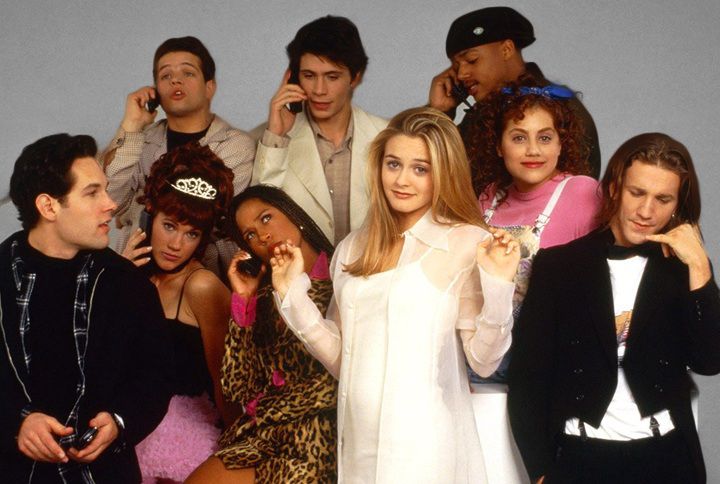 It's crazy that "Clueless" is already almost a quarter of a century old. Because the teen comedy classic may be extremely of its mid-'90s time. But it's also timeless and nearly perfect. And you didn't have to go to high school in the '90s to think this is the best teen movie of all time. As if! That's just a fact. So let's look back on the actors that made "Clueless" one of the most quotable movies of the '90s.

Cher Horowitz played by Alicia Silverstone was a stunning blonde teen who was a bit ditzy, but oh-so lovable. The Valley Girl used her popular social status to help others, even though it sometimes backfired on her. She also used her charm to get out of trouble, like when she tried to justify her actions during her failed driver’s test. Alicia will forever be #ValleyGirlGoals!

[dx_custom_adunit desktop_id="RTK_K67O" mobile_id="RTK_5yk0"] Since playing the rich Beverly Hills blonde with an enviable closet that everyone idolized as a teen, Alicia Silverstone has been married (not to Josh, sadly) and welcomed a son named Bear in 2011. Silverstone runs The Kind Life, a lifestyle website dedicated to vegan eating and environmental awareness.

It makes sense that Dione Davenport, played by Stacey Dash, was one of Cher’s closest friends. She was fashion-forward, and had a high social standing that was to die for. Dionne was as caring as she was stunning, and became a true ally to Cher when she needed help the most. Dionne and Cher were like different sides of the same coin.

Stacey Dash returned to TV for a Clueless spinoff in 1996 and has also dabbled in some film projects, TV shows and music videos like Kanye’s “All Falls Down”. Most recently, Dash has become notorious for making several controversial statements and appearances.

[dx_custom_adunit desktop_id="RTK_K67O" mobile_id="RTK_5yk0"] Tai Murphy, played by Brittany Murphy, was a true hidden gem disguised as a proverbial piece of coal. She was like the ugly duckling at the start of the movie. But then Cher and Dionne gave her a makeover that boosted her self-esteem through the roof, perhaps a lil too much. With a new hairdo, some makeup, and stylish clothing, Tai discovered her inner confidence and rocked her own sense of style.

After her breakthrough role as the Beverly Hills newbie taken under the wings of Cher and Dionne, her career took off, earning her starring roles in 8 Mile, Uptown Girls, Just Married and Sin City. Sadly, Murphy died tragically of cardiac arrest in 2009.

Josh Lucas, played by Paul Rudd, was the son of Mel’s ex-wife, making him Cher’s former stepbrother. He often headed back to the Horowitz home when he was having issues with his mother’s latest suitors. But most of the time, he was just busy raising issues as an environmentalist. He wasn't much of a fan of Cher’s seemingly frivolous personality, but by the end of the film, they were totally feeling each other's vibes.

Murray Duval, played by Donald Faison, was Dionne's long-term boyfriend. He tended to fight quite a lot with Dionne, but he ultimately showed he truly did care for her. But throughout most of the film, he was doubling as a comic relief, and often got involved in schemes and stunts that added some extra pizzazz to an already-hilarious modern-day take on teenagers and school drama.

Similar to his character, Faison followed Dash to the Clueless spinoff but then made a household name for himself as Dr. Chris Turk on Scrubs for nine seasons. Most importantly, he is married to CaCee Cobb, who is Jessica Simpson’s BFF and they have two beautiful children together.

[dx_custom_adunit desktop_id="RTK_K67O" mobile_id="RTK_5yk0"] Amber Mariens, played by Elisa Donovan, was like Cher and Dionne in the sense that she was extremely popular too, but she was more of an “It Girl” than the rest of the girls. She was the queen of mean and a total snob around pretty much anyone. She was constantly competing with Cher on boys, fashion, and popularity. But this villain wan't afraid to be blunt. Amber never masked her distate over Cher's questionable style choices.

Cher’s arch-nemesis, best known for coining the iconic hand gesture for “Whatever” and her line about not having balls near her face in Clueless, Donovan also returned to the Clueless spinoff. After welcoming daughter Scarlett Avery, she became a “mommy blogger” for publications like People Magazine.

Elton, played by Jeremy Sisto, was both wealthy and arrogant, but that didn’t stop Cher from trying to set the Bronson Alcott High student up with Tai. Unfortunately, that backfired on her when Elton started showing that he was way more interested in Cher than anyone else.

[dx_custom_adunit desktop_id="RTK_K67O" mobile_id="RTK_5yk0"] Elton, the quintessential rich kid with a rich kid attitude continued his career with a few movie roles before he headed to the small screen to star on Law & Order and Suburgatory. He is cast to appear in the upcoming ABC anthology series Wicked City.

Travis Birkenstock, played by Breckin Meyer, was an underachieving skater boy who was always late for school and smoked pretty much everything but the soles of his shoes. He also liked Tai a lot. But Cher totally messed his attempts to ask her out when she tried to get Elton and Tai to go out, as she wanted her to move up the latter and start dating more popular guys.

Stoner Travis Birkenstock caught his big break with the leading role in Road Trip alongside comedian Tom Green. He is also a drummer in The Nightwatchman with Tom Morello.

[dx_custom_adunit desktop_id="RTK_K67O" mobile_id="RTK_5yk0"] Mel Horowitz, played by Dan Hedaya, was Cher’s dad, and a badass litigator who made about $500 an hour. The guy was like a Rottweiler, but no matter how stressful things got in his professional life, he knew he could count on his caring daughter Cher to take care of him. Being the typical overprotective parent, he didn’t like any of the guys she dated. He also preferred Cher to wear more conservative outfits. But despite this, he was very proud of his daughter’s accomplishments.

The overprotective rich lawyer dad of Cher moved out of the movie mansion and into films like The Usual Suspects and Mulholland Drive. He had a quick stint on Monk and recently appeared in the pilot of Gotham.

Mr. Hall, played by Wallace Shawn, worked at Bronson Alcott High and was one of Cher and Dionne’s teachers. In fact, he was the one who Cher tried to set up with a dowdy teacher named Mrs. Geist in order to make him less miserable and distract him from teaching, but it didn’t really go so well. It did offer some comedic relief that's making us want to binge-watch the movie all over again, (and why not, even the Nickelodeon TV show!)

[dx_custom_adunit desktop_id="RTK_K67O" mobile_id="RTK_5yk0"] The school-teacher-become-project for Cher is an accomplished actor who was also Blair Waldorff’s step dad in Gossip Girl. He was named a Master American Dramatist by the PEN/Laura Pels International Foundation and often appears on MSNBC as a political commentator. Likely because he played a powerful attorney on Gossip Girl.