Where Are They Now? The Cast of “Family Matters”

Camila Villafane
Where Are They Now? The Cast of “Family Matters” March 11, 2020Leave a comment 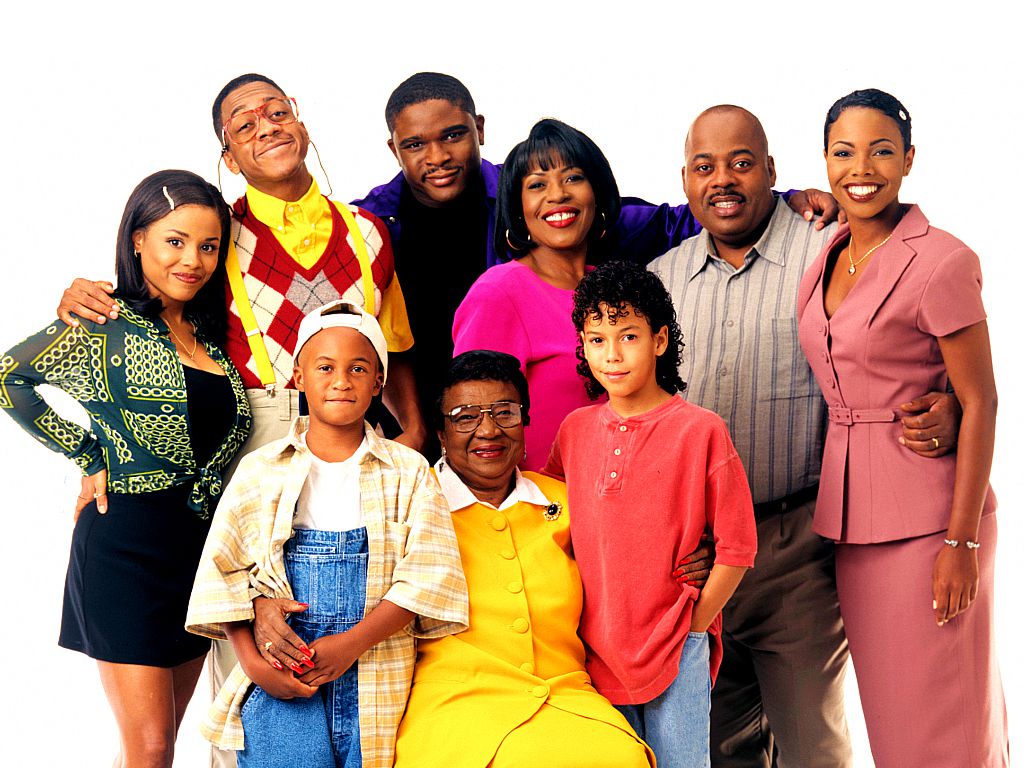 It’s been over 30 years since the ABC sitcom “Family Matters” first aired. The series centered around the Winslows, a middle-class African-American family. The show became a major staple on network television and the classic '90s "TGIF" lineup. But have you ever wondered what the cast is up to now?

Reginald VelJohnson played Carl Winslow, the family’s patriarch who made a living as a cop and was always annoyed by his nerdy neighbor, Steve Urkel. Carl was seriously irritated by his pesky neighbor Urkel and his annoying antics. Their love/hate relationship was one of the reasons that the show was such a hit.

VelJohnson voiced the character Jerry in the TV show, “3Below: Tales of Arcadia” from 2018 to 2019. He also appeared in an episode of the show, “Mom” in 2019. He recently completed the comedy film “The Very Excellent Mr. Dundee” which is scheduled for release in 2020. So he's staying fresh and busy as ever, even at 67 years old.

Jo Marie Payton played the family’s matriarch, Harriette Winslow. She often portrayed the character as a tough mom with a witty sense of humor, but was also a no-nonsense wife to her husband, Carl. Unfortunately, Payton left the series halfway through the final season, and actress Judyann Elder took over the role.

Payton got married to her third husband Leonard Downs in 2007 and she has a daughter named Chantale France from a previous relationship. She’s reportedly filming the movies “Heart of a Champion” and “Conundrum: Secrets Among Friends.”

Kellie Shanygne Williams played Laura Winslow, the middle child of the family and the object of Steve Urkel’s obsession. Her character was witty, sassy, smart and pretty powerful, much like her mother, Harriette. But the actress didn’t stick with Hollywood. Her last role was in “Aide-de-Camp" in 2011.

Williams married President and CEO of the IT firm Y-Tech, Hannibal Jackson in 2009. They have two kids, John Ervin and Hannah Belle Jackson. She’s not currently active in Hollywood, but she has stayed pretty busy working on the Kellie Williams Program, a project in Washington, DC, that gives 14 to 20-year-olds a shot at producing their own television shows.

Shawn Harrison played Waldo Faldo, who was Eddie Winslow’s best friend. His character was described as totally dim-witted, and he often annoyed Steve Urkel by saying the silliest things. But Waldo’s IQ, or lack thereof, turned him into one of the show’s most lovable characters.

Harrison’s latest role was in 2018 when he played Reverend Ike in “Uncle Ed’s Bucket List.” But, the actor isn't done with Hollywood yet. On February 18, 2020, he announced via his Instagram that he was working on the upcoming web series “A Sitcom for Gio,” as its director.

Telma Hopkins played Rachel Crawford, Harriet Winslow’s sister and aunt to her kids, Eddie, Laura and Judy. Her character and her baby boy, Richie, moved in with the Winslow clan shortly after becoming a widow. She was known for her singing voice, her eccentric hats and how driven she was to become an entrepreneur.

While her private life remains pretty much private, Hopkins has kept pretty busy over the years. She’s appeared in the TV series “Family Reunion,” as Maybelle, and she’s voicing a character also named Maybelle for the animated series “The Casagrandes,” which is a spin-off of 2016’s animated show, “The Loud House.”

Bryton McClure played Richie Crawford, the son of Telma Hopkins’ character, Rachel. He was also the Winslow children’s adorable youngest cousin. Over the years, fans watched him grow up until the series ended in 1998.

McClure eventually became known as Bryton James, but most soap fans know him as Devon Hamilton on “The Young and the Restless.” According to IMDB, he has done about 1,104 episodes of the classic soap. He’s also rumored to be dating his co-star Brytni Sarpy.

Darius McCrary played Eddie Winslow, the handsome, eldest brother to Laura and Judy and cousin to Richie. Eddie dreamt of being a basketball star but had horrible grades all throughout high school. He was more interested in cars, dating girls and pulling silly pranks.

McCrary was married to “She Ball” actress Tammy Brawner. They got divorced in 2019, and have a daughter together named Zoey. His latest acting role was in the 2019 TV movie “Fanatic” where he played Officer Hardaway.

Jaleel White played Steve Urkel, the nerdy comedic neighbor of the Winslows who was always trying and failing to win Laura Winslow’s heart. But by the end of the series, Urkel finally won Laura over and got the girl of his dreams.

White has continued to guest star on a variety of television shows like “Trial and Error” and “Fresh Off the Boat.” In 2019, he reprised his role of Steve Urkel on the TV series, “Scooby-Doo and Guess Who?” He also appeared on the “The Big Show Show” in 2020 and the Disney Channel series “Raven’s Home.” He has a daughter named Samaya White, who he had with ex-girlfriend Bridget Hardy.

Rosetta LeNoire played Estelle Winslow, who was Carl’s mother. She was also a grandmother to Eddie, Laura and Judy. Don’t let her age fool you, though. This granny was hip and street-wise and also had plenty of love and advice to offer everyone.

A year after “Family Matters” ended, LeNoire guest-starred as a nurse on the TV series “Cosby” in 1998. Unfortunately, LeNoire is no longer with us. She spent her remaining years dealing with health-related complications caused by diabetes. She passed away in 2002.

Michelle Thomas played Myra Monkhouse, who was introduced as a love interest for Urkel. It happened after Laura’s boyfriend, Ted, got tired of Urkel trying to put the moves on his girlfriend. So, he got his cousin, Myra, to meet with him and she and Urkel wound up hitting it off, but ultimately, it didn’t work out.

Thomas moved on from “Family Matters” and landed the role of Callie on “The Young and the Restless.” She stuck around for 38 episodes but in 1998, she took a break from Hollywood because of health issues. Sadly, she passed away that same year of cancer-related complications.

Tammy Townsend played Greta McClure for 14 episodes. She wasn’t a series regular but she made quite an impression on audiences. She was Laura’s friend, but she also put the moves on her brother, Eddie, and started going out with him instead.

Townsend has remained active in Hollywood since moving on from “Family Matters.” She appeared as Candace in the TV series “Stuck With You” in 2020. She also completed the project “The Friend Zone” and is currently working on “A Road to Daisies and Dandelions," which is currently in post-production.

Jaimee Foxworth played Judy Winslow, Carl and Harriette’s youngest daughter. Audiences watched her grow up during the first few seasons. But during the fourth season, Judy seemingly vanished and was never mentioned by anyone again. Rumor has it that the character was removed because of budget issues.

After leaving the series, Foxworth grew up struggling with mental health and controlled substance issues. She eventually left Hollywood and went to work for the adult entertainment industry. She is reportedly working on a short film called “Absent in the Present.” She also has a YouTube channel and she is available to send messages to fans on the app Cameo.

Cherie Johnson played Maxine Johnson who was Laura’s best friend, but was sometimes portrayed as a bad influence as a result of her neglectful parents. Maxine always tried to get Laura to do the wrong thing, but she eventually stopped doing that once she and Waldo started dating.

Before she was on “Family Matters,” Johnson was on another sitcom called “Punky Brewster” where she played Punky’s best friend, Cherie. And now, she is set to reprise her role again in the upcoming “Punky Brewster" sequel series. She’s also working on other projects like “The Regiment” and “South Beacon Hill.” But aside from acting, she’s also a producer, an author and a certified nutritionist who co-owns the health and beauty company Keeping It All Natural.