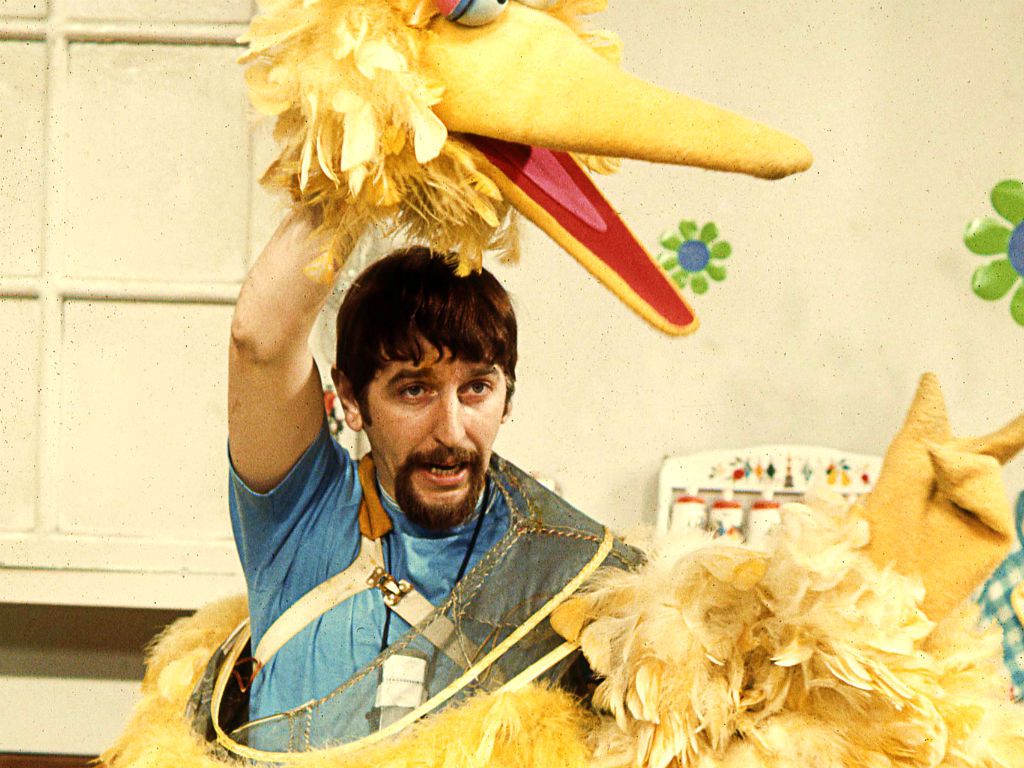 As children, we often don't think too hard about the colorful characters that fill out TV time. Behind each costumed hero, though, there's a real, living breathing person - and some of them are really, really weird in real life...

Debuting in 1992, Barney the Dinosaur appeared in "Barney & Friends" on PBS, with new episodes airing regularly until 2009. Several different actors wore the Barney costume over time, but the most prolific Barney has gone on to a far more controversial career in the years since.

Self-proclaimed spiritualist and healer David Joyner now works providing tantric "massages" for $350 a session. He only takes female clients, and the words he uses to describe his sessions are so incredibly creepy that it is utterly terrifying that women believe anything he says. If you don't want your childhood ruined forever, maybe don't Google this guy.

Bear in the Big Blue House

"Bear in the Big Blue House" ran from 1997 to 2006 on Playhouse Disney, and features a large bear (simply named Bear) and his colorful collection of fuzzy friends.

Joel MacNeal first began his career in entertainment as a puppeteer on "Sesame Street" before taking on the role of Bear. In addition to work in a fuzzy costume, he also wrote scripts for the show, as well as other edutainment shows including "The Magic Schoolbus."

The Australian show "Bananas in Pyjamas" was a simple premise: a pair of anthropomorphic bananas who never get dressed out of their nightwear. The show ran from 1992 to 2001 on ABC (the Australian Broadcastinc Corporation, not its American equivalent) and was syndicated around the world.

The actors behind the two bananas, Nicholas Opolski and Ken Radley, have had very prolific careers outside of costumes. Opolski appeared in the Australisn soap opera "Neighbours," while Radley has turned up in "The Leftovers" and "Pirates of the Caribbean: Dead Men Tell No Tales."

The first of the Teletubbies to be listed in the show's opening song, Tinky Winky had the audacity to carry a purse even though he was coded male, shocking parents when the show debuted in 1997. For this reason (and pretty much this reason alone), Tinky Winky has since become a prominent queer icon.

Dave Thompson, the original actor to play Tinky Winky, was unceremoniously fired after the completion of the first batch of episodes. Thompson is, to this day, unsure of why this action was taken, although the BBC blamed it at the time on dissatisfaction with his performance. Things went even worse for the next actor to take on the role.

Sadly, Simon Shelton, the replacement Tinky Winky, died of hypothermia in January 2018. His former colleagues all publicly mourned his passing, saying that they had thoroughly enjoyed working with him over the years.

The second Teletubby to be named in the show's into, Dipsy is noteworthy for wearing a large black and white hat, and for making greenscreen filming an asbolute nightmare.

John Simmit played Dipsy from 1997 to 2001. In addition to his work on the children's show he is also a comedian, and has appeared in other British shows including "The Real McCoy," "The Gadget Show" and "The Big Far Quiz of the '90s."

The third Teletubby to be named in the show's irritatingly catchy theme song, Laa Laa owns a ball, which is the closest a Teletubby will ever come to having a defining personality.

Nikky Smedley is an accomplished dancer and choreographer, and in addition to work on "Teletubbies" she has more recently appeared in a similar show, "In the Night Garden," which is somehow even more annoying to parents of young children.

The smallest and cutest of the Teletubbies, Po owns a scooter, and is red. She's most likely to be the one that young children identify with (inasmuch as anyone can identify with giant babies that have televisions embedded in their stomachs).

Pui Fan Lee is an accomplished children's entertainer who continues to star in shows to this day. While all of the original Teletubby actors were replaced for the show's revival in 2015, Lee has gone on to greater heights, appearing as one of the original presenters for the BBC's preschool channel CBeebies. She also had a small role in "Bridget Jones: The Edge of Reason."

"In the Night Garden" is basically "Teletubbies" with even less of a grasp on reality. It seems to be designed to lull children to sleep with incredibly boring episodes that nonetheless feature absolutely ridiculous characters. Chief among these freaks is Iggle Piggle, a giant blue baby who is beloved by kids but who gives parents nightmares.

Not only does Nick Kellington suit up to play Iggle Piggle, but he's also the actor behind Dipsy the modern revival of "Teletubbies." You probably won't also recognize Kellington as a pair of characters in two "Star Wars" movies - he played a Rebel soldier in "Rogue One," and a gambling alien in "The Last Jedi."

Originally a mascot for a fair, H.R. Pufnstuf was a big deal for television viewers of 1969, when he appeared on NBC in a seventeen episode series fetauring a plot about battles between good and evil. The character was so popular that his shortlived show remained a regular fixture on Saturday mornings on NBC until 1973. Reruns on other networks have continued periodically ever since, despite the fact that the show is absolutely terrifying.

While H.R. Pufnstuf was voiced by Lennie Weinrib, the original vocal talent behind Scooby Doo, the man in the costume was Roberto Gamonet. Not much is known about this actor, and only a few (heavily watermarked) photos of him exist behind the scenes of the show.

Sweetums first appeared in "The Frog Prince," a one-hour TV special featuring various characters from The Muppets including, notably, Kermit's nephew Robin as the titular Prince. Sweetums was designed as a scary ogre, but his character is so appealing that he's now been established as a caring, kind monster with a heart of gold who has appeared in many various Muppet projects.

Jerry Nelson played Sweetums in "The Frog Prince," but when the character started appearing in "The Muppet Show," he was reworked by Richard Hunt, who gave him a new voice, and continued to portray the character until 1991. Hunt also played other famous muppets, including Scooter, Beaker, and one half of the grumpy heckler duo, Statler and Waldorf.

Another PBS alum, Big Bird was one of the original characters to appear in "Sesame Street" when it debuted in 1969. For fifty years, Big Bird has entertained and educated children.

Thankfully, Big Bird's primary performer is far, far less disturbing than Barney. Caroll Spinney played the famous yellow bird from 1969 until his retirement in 2018. He is an accomplished cartoonist, a former Air Force pilot, and also played Oscar the Grouch (also known as the best character in "Sesame Street," don't @ me!).

Originally a nigh-mythical monster that was never seen by adults within the show, Mr. Snuffleupagus has become one of the stalwart classic characters in "Sesame Street." Snuffy, as he's come to be known, has become well loved for his big heart, and his character has been used to explore difficult real-world subjects, such as divorce, in a child-friendly manner.

Jerry Nelson was involved with many early Jim Henson projects, including "Sesame Street" and "The Muppet Show." He's particularly proud of his work as The Count on "Sesame Street," but ultimately wasn't too disappointed to have to give up playing Snuffy when this clashed with work on "The Muppet Show" - in addition to being a logistical challenge to be on two sets at once, Nelson found that performing Snuffy put a lot of pressure on his back, leaving him in a lot of pain.