Camila Villafane
Reality TV Shows From The ’00s You Totally Forgot You Used To Watch November 27, 2017 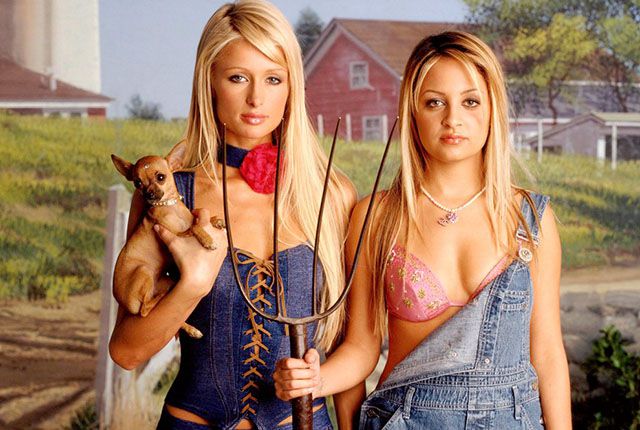 Before you dove into "Life of Kylie" and "Keeping Up With The Kardashians," you watched these classic reality TV shows from the ‘00s. You know you did. Even though you kind of hated them. But even so, you couldn't get enough of them.  It was a weird time.

It was like "Bridezillas" for teenagers. You just couldn't wait to see how these spoiled teenager brats would react when mommy and daddy didn't give them exactly what they wanted for their 16th birthday. It was the end of civilization is the form of a reality show.

For nine episodes, we got a glimpse of the life of the troubled actress and her family. Plus, we couldn't get enough of all that family drama that pushed the envelope to the extreme and was entertaining AF.

From a trunk of cash to a gong at the tribal council, who doesn't love the drama of this reality competition? People have done weird things on this show, like peeing on each other. Not to mention all the backstabbing.

John Gotti had some sexy AF grandsons, which is why we all tuned in to the AE reality series to follow Victoria Gotti and her three teen boys. After one episode, fans wished they were a part of this family.

Aside from the lip-synching, this reality show was full of drama, like that time when Ashlee lost her voice right before a concert. Then she evolved from TV to music, and it was a win-win for everyone.

Fans reeling from the loss of "Laguna Beach" fell in love with this reality soap. It kind of reminded us of "The O.C." a bit, especially with the love triangle between Allie, Chase and Taylor.

For one season, MTV viewers got a glimpse of the lives of Carmen Electra and Jane's Addiction guitarist Dave Navarro as they prepared for the epic wedding of reality television. Oh, we were so rooting for them.

The Osbournes were like a cross between your family and the Addams Family. They were a bit cray-cray and kooky in a pre-Kardashian world, making it one of the coolest of the reality TV shows from the ‘00s.

This show was like "Gossip Girl," but with six Manhattan teens that made us question humanity. Still, we couldn't turn our backs on the scandalous lives of NYC's most elite and obnoxious teens.

It was like "The Bachelor." But instead of searching for love, the socialite was looking for a new BFF. The search went on for 2 seasons. But as much as we hated watching, we couldn't wait to see who she'd crown. Wonder if the winners and Paris are still besties. Just kidding.

For only five episodes, Britney Spears and Kevin Federline shared their ultimate love story through video footage they shot themselves. The show proved to be a chaotic train wreck, just like their marriage.

Anna Nichole Smith was America's guiltiest pleasure. From unwilling celibacy to her love-hate relationship with her cousin, we just couldn't get enough of this silly and beautiful diva. R.I.P.

This dating show wasted no time. With one scream of the word "next," the guy or girl sitting in an RV could break someone's heart, end the date, and start dating someone else right away. That's how dating should go in real life. Just sayin'.

You never knew what MTV's "Room Raiders" was going to find when they kidnapped one contestant while another passed their black light to see what their room was like. If the person snooping liked what they saw, they'd land a date.

Speaking of forgettable shows, we loved following the lives of Nick Carter, cause he's hot, and his four siblings, B.J., Aaron, Leslie, and Angel. Plus, it was worth it just to get a peak of the Backstreet Boys band member shirtless from time to time.

Three separate moms would go on a date with one person to convince him or her that they were the right choice for her child. We were literally hooked on a show simply because people had to date other people's moms.

Of the most scrumptious reality TV shows from the ‘00s, "Temptation Island" tested the strength of people's relationships when they allowed their partners to live with single people of the opposite sex. It was like "Wife Swap," but sexier.

Some straight guys needed all the help they could get, so that's where the Fab Five came in. They gave a straight guy a wardrobe makeover, redecorated their home, and advised them on how to make them more appealing to women. YAS, queen.

You can't say you've never been curious to know what goes on in the Playboy Mansion. This series gave you an inside look into all the events, the drama, and juicy catfights they battled hard to keep off camera.

They basically found people who were deemed ugly and gave them badass makeovers, which included plastic surgery. Why did we love it? Because out of all of these reality TV shows from the ‘00s, this was the one where you would’ve actually tried to get in. Admit it.

It was like "The Bachelorette," but with with internet personality Tila Tequila searching for love in this television dating game. Why did we love it? Cause you didn't know if she'd pick a guy or a girl and the raunchiness was simply too magnetic to pass on.

Rapper Flavor Flav was looking for love, so he created this "Bachelor"-type reality show, where all hell would break lose. Anyone remember that scene when Pumpkin spat on New York?

Nick Lachey and Jessica Simpson split, but we'll always have this reality show that followed these two lovebirds around. Besides, who could forget Jessica's famous Chicken of the Sea debacle?

Once upon a time, Paris Hilton and Nicole Riche were BFFs, and in this reality series, we got a laugh watching this wealthy duo doing menial low paying jobs, so they could see how the rest of us live.

It was like a cross between "The Voice" and "American Idol," and spawned bands like O-Town and Danity Kane. The reality series gave everyone hope that their dreams of being a band boy or girl was possible, till the show ended.

More than 20 women competed each of the three seasons to become the girlfriend of Poison's lead singer Bret Michaels. Why did we love it? Cause it was a bit trashy and reminded us of "Flavor of Love."

Seven to eight young people are picked to live in a new city while being filmed. Talk about drama. It delves into some serious shit like sexuality, death, politics, racism and more.

The show was like finishing school for contestants from "Flavor Of Love" and "Rock of Love." It's up to the contestant to try and win the title of Charm School Queen, but we love the drama caused by those who don't stand a chance.

When you pair a bunch of "beauties" with a group of "geeks," the series starts to feel like the reality version of "The Big Bang Theory." We loved seeing the beauties interacting with their geeks while competing in quiz show competitions that got them eliminated.