Jen Arbues
“Destiny” Facts You Never Knew About The Hit Game And Its Lore January 15, 2018 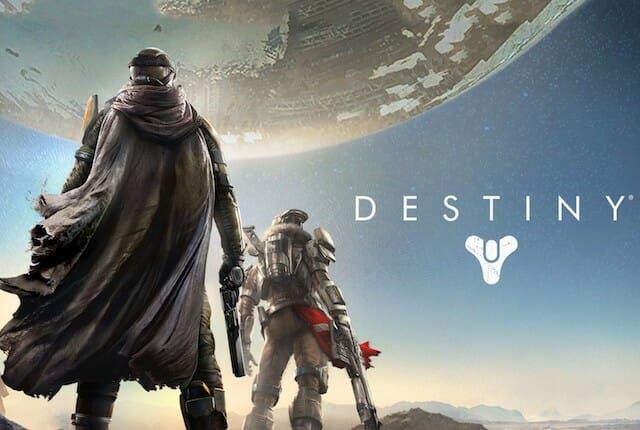 Back in 2007, Halo developer Bungie separated from Microsoft. They wanted more creative control over their work. But it took nearly a decade before they released Destiny. And the multiplayer FPS could actually rival the company’s first franchise. Like Halo, Destiny has an incredible storyline, amazing visuals, and a deep backstory. But if thematics and visuals aren’t enough to keep you interested, maybe a deep dive into the background and lore of the game will. So check out these Destiny game facts.

If you’re playing on PlayStation, you have access to tons of exclusives…

…at least for a year or so. Xbox fans may blame it on the bad blood between Bungie and Microsoft, but honestly, isn’t it better to just take the exotic-level weapons, fancy armor and strike missions, and shove it all in your friends’ faces for 365 days while they’re forced to sob over the loss?

Bungie’s games seem to have a thing for the number, and “Destiny” is no different. You can find it nearly everywhere in the game. Of course, if it really was a lucky number, you’d be able to gamble those seven hidden Tower coins… guess we’ll hold out for an update.

When in doubt, you best believe Reddit has the answers. ThatChrisG points out the blue lava on Venus is scientifically accurate (we have no clue how he knows, either). But this means the folks at Bungie are just as obsessed with attention to detail as you are with Master Chief Easter eggs.

Have you made it to Mars yet? Have you seen the Master Chief Tower? Just because they don’t own the rights to the “Halo” franchise anymore doesn’t mean that Bungie doesn’t carry some sense of sentimentality for it. It’s kind of cute when you think about it.

"That Wizard came from the Moon!”

Ghost, the AI that helps you out in “Destiny,” is without a doubt pretty intelligent. But that doesn’t mean everything it says has to be. In the Alpha build of the game, its now infamous one-liner became such a joke that Bungie removed it from the final release. It made a comeback, but in a much more humorous way.

“Destiny” isn’t all campaigns and Tower coins. If you’re feeling a little bored of the status quo, you can always kick around that soccer ball on the left side of the Tower Hub. We promise not to tell any of your friends you couldn’t hack it as a missions expert.

Peter Dinklage (the only decent Lannister on “GoT”) may have been the original voice actor for Ghost, but he had to bow out after the first year due to his HBO filming schedule. Sure, we got Nathan Drake instead, but we can’t help feeling as though we’re missing out on a Ghost who both drinks and knows things.

Long-time Bungie fanatics were no doubt saddened by their departure from Microsoft and the franchise that made them famous. So if you ever feel a little blue, just listen to those announcements in the Tower. They're voiced in part by Jen Taylor, who hardcore “Halo” fans will know as the voice of Cortana.

Both Nathan Fillion and Gina Torres have roles in “Destiny,” as Hunter Trainer Cayde-6 and Warlock Trainer Ikora, respectively. This may not be the reunion fans have wanted, but it is the one Fox has nothing to do with, and that in and of itself is a major plus.

And to top off the big name talent involved…

Paul McCartney — yes, SIR Paul McCartney — is the man behind the game’s ending theme, “Hope for the Future.” So if phenomenal graphics, an incredible storyline, and the f—ing cast of “Firefly” aren’t good enough for you, maybe an 18-time Grammy Award winner is. Or maybe “Destiny” is just too highbrow for you, who knows.

For those who are severely fed up with their gaming performance, the answer is guns. Not only can you just shoot yourself in the foot, but you also have the option of shooting yourself to death should you find some water deep enough to do it in. Go ahead, give up on the game. Give up on yourself.

It’s exotic, and for good reason. In “Destiny” lore, the legendary Guardian Saint-14 once defeated Solkis, Kell of the House of Devils, by caving in his head with his own, leaving behind the distinctive markings on the helmet. It’s a badass helmet for a badass kind of player, and we’re not entirely sure you’re worthy of its power.

If you were lucky enough to nab this weapon in its prime, its power was basically unstoppable. The lore behind it is also one of the game’s most disturbing stories: a tale of light turned to darkness, and a weapon reflective of the change. This is deep shit, people, and if you’re still on the fence about “Destiny,” you shouldn’t be.

Talk about dark lore. References to Toland are found throughout “Destiny,”, but the story behind him is enough to give any player nightmares. It seems many of the game’s characters have turned to darkness at some point or another, but Toland has the added benefit of insanity. Also, a pulse rifle that wants to murder everything in existence.

Between the Heart of the Praxic Fire armor and the Ghost Angel Hunter cloak, fans of the “Dark Souls” franchise will have plenty to geek out over. The references are subtle (“We are an army of the chosen dead”), but they’re a pretty sweet nod to players of both games.

Hunter, Titan, or Warlock? If you’re having trouble deciding which class to play for, maybe try to channel the Force? Look, if you don’t get the “Star Wars” reference here, then you’re playing the wrong game. And if you want to go full nerd, go Warlock: its aesthetic pulls from both “The Matrix” and Gandalf.

Space fanatics will recognize the Cloak of the Cosmonaut, a direct reference to former Russian space explorer Vladimir Komarov. Hell, we may not have the greatest relationship with Russia today, but the world of “Destiny” is hundreds of years into the future! And hundreds of years is plenty of time to build nostalgia.

Speaking of Russia, take a trip or two to Old Russia in “Destiny” and you’ll do a patrol mission called “Four Arms Good, Two Arms Better.” And if you also happen to be a huge book nerd (or showed up for a high school English class), you’ll know the saying comes from George Orwell’s “Animal Farm.” The difference is the use of “arms” instead of “legs,” probably because of copyright reasons.

Okay, so try to keep up here. A reddit user named Aurkemos found HEX code hidden in the map screen, one which read "alright ok,” another “mackay,” and a third that read “Be Dave.” At least two are references to UI designers for Bungie. We’re taking this to mean that if you work for a video game company, it’s a-okay to give yourself props without anyone’s permission.

Once upon a time, the Loot Cave was a place where enemies would continuously respawn and drop loot. A patch fixed it, but Bungie continued to pay homage to the OG glitch by leaving a pile of charred enemies. Kick ‘em around if you want, but you aren’t getting any shit you can actually use anymore. Sorry ‘bout it.