Experts Made a Disturbing Discovery in the Wreckage of Notre-Dame

Camila Villafane
Experts Made a Disturbing Discovery in the Wreckage of Notre-Dame January 15, 2021Leave a comment 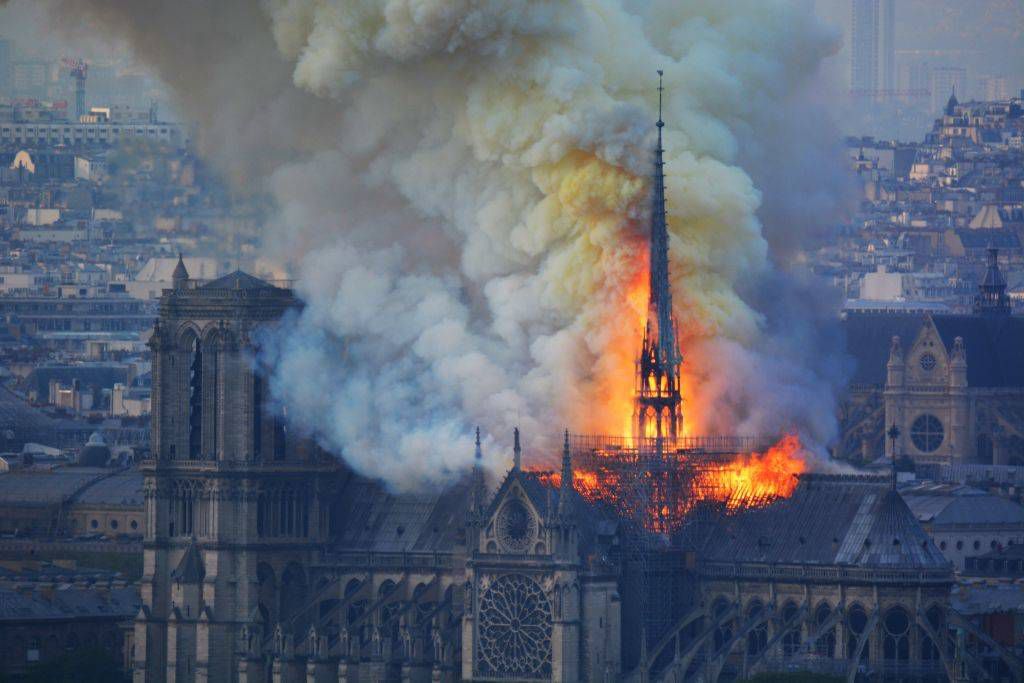 Notre-Dame is one of the most famous landmarks in Paris, France. But in 2019, a raging fire decimated this place of worship. In the process, it also destroyed valuable historical pieces that had remained safe behind the sacred walls for centuries.

But a year later, experts made a disturbing discovery in the wreckage that no one could have foreseen. It was as old as the ancient artifacts kept in the cathedral, but when the fire started, it became deadly.

It Was the Day that Changed Everything

April 15, 2019 was a date that the staff of Notre-Dame de Paris would never forget because that’s when alarms went off and alerted them to a catastrophic fire. But at first, they had no idea where the fire was located.

Everyone Had to be Evacuated

The staff ordered an immediate evacuation of the premises while they struggled to find the fire’s origin point and extinguish it before it spread. Unfortunately, it was too late and the fire raged on before anyone could lift a finger.

Notre-Dame Was in Eminent Danger

Notre-Dame has been around since the 12th century, which meant that the oak from the wooden beams, spire and most of the attic had deteriorated over the centuries. This made the building more prone to catching on fire. So, it wasn’t much of a shock that this happened.

Fire wardens were on hand every day to check the building as the possibility of a fire grew by April 2019. Sadly, none of the safety precautions prevented what many believed to be an electrical problem from setting the historic building on fire.

All Anyone Could Do Was Watch

For hours, the world watched in horror as Notre-Dame burned while firefighters struggled to contain the fire. Meanwhile, emergency services managed to grab as many of the ancient artifacts in the building as possible. But Notre-Dame itself could not be saved.

Although the fire was finally put out, the damage could not be undone. But something even more shocking occurred when investigators went to inspect the damage the following the day. Not only was two-thirds of the roof gone, but the 19th century spire had ripped the vault’s ceiling open, which had left Notre-Dame's interior vulnerable to the fire.

Many of Notre-Dame's religious treasures were in the vault. And among the artifacts was one of the most treasured items—the crown of thorns allegedly worn by Jesus Christ himself. Notre-Dame was also said to contain a piece of the cross used to crucify him. But there were other items that were just as valuable, too.

There Was an 18th Century Organ

The ancient cathedral was home to other precious items such as an 18th century organ as well as the Mays paintings given to Notre-Dame somewhere around the 1630s and 1700s. And this was also the home of various statues, many of which dated as far back as the 1300s. But it wasn’t all bad news.

There Was a Light at the End of the Tunnel

It turns out that some of the more valuable works of art weren’t in Notre-Dame during the fire. And it was all thanks to repair work that began in 2018 that required some of the items to be stored somewhere else. But while some items were removed from the premises for safe keeping, others were in another building away from the fire. So, some sacred treasures were spared. Unfortunately, not everything made it out in one piece.

About 10 Percent of the Artwork Was Lost

According to Maxime Cumunel, the secretary general of the Observatory for Religious Heritage, “We avoided a complete disaster. But some five to 10 percent of the artwork has probably been destroyed, [and] we have to face up to that,” he told Reuters in 2019. However, paintings that were damaged by the smoke and the fire had to be removed.

After the fire, a multitude of organizations and rich individuals started donating money to restore Notre-Dame, like French businessman Bernard Arnault who donated $200 million. But experts estimated they would need billions to fully restore the cathedral.

Reconstruction Was a Promise

After the fire, the building was assessed, which wasn’t easy since many areas were fragile and on the brink of collapse. And yet, French President Emmanuel Macron wouldn’t give up. He promised the people of the world that Notre-Dame would rise again.

The Heart of Notre-Dame Had Been Saved

In 2020, Aline Magnien of the Historical Monuments Research Laboratory told Science magazine: “What matters isn’t the roof and vault so much as the sanctuary they protect. The heart of Notre-Dame has been saved.” Now it was just a matter of restoring the sanctuary to its former glory and bring the artifacts home.

They Had to Prevent Further Damage

Magnien’s biggest priority was getting the work crew to ensure that no further damage to the building occured. Once the building was safe and ready for construction, Magnien’s 23 experts would inform them how they wanted Notre-Dame rebuilt.

Then experts made an unexpected discovery. It turns out that the limestone in the cathedral changed colors based on the temperatures it was subjected to. So, if the limestone turned red, it meant that it was exposed to temperatures between 570°F and 750°F. But limestone exposed to 1000°F turned to powder. This helped the work crew determine which stones were sturdy and which ones weren’t.

Water Was Both a Blessing and a Curse

Unfortunately, when the firefighters used water to put out the fire, the porous limestone walls absorbed the water, making the stones heavier. This made the structure unstable as the water expanded and contracted. And even as time passed, some of the stones weren’t completely dried, but this wasn’t the only issue the work crew and Parisians in general faced.

Lead Was Released Into the Atmosphere

The people of Paris were heartbroken by the fire of Notre-Dame. But there was another problem no one had foreseen right away. When Notre-Dame's cathedral burned down, lots of lead melted and went up into the atmosphere. Worst of all, this lead couldn’t be traced.

Exposure to lead has been known to cause health problems such as infertility and can even lead to neurological conditions such as seizures and behavioral problems. But in worst cases, it can be fatal. So, clearly, the Parisians were now worried for their safety.

The Lead Wasn’t Turned Into a Gas

Despite everyone’s apprehension, the fire wasn’t hot enough to turn the lead in Notre-Dame's rooftop into gas, at least according to Aurélia Azéma, LRMH’s section chief. But were they 100% sure of that or was there a cover up?

Officials didn’t release a warning to the Parisians because they believed the temperature of the fire had turned the lead into stalactites when it melted and eventually hardened. But witnesses claimed they saw a yellow mist over Notre-Dame that made everyone nervous.

Experts later changed their story and claimed the fire had caused the temperatures to rise high enough to cause the lead to spread over the Parisian skies like an aerosol. But what goes up must come down and that’s exactly what the Parisians had been telling experts.

The Lead Levels Were Too High

Weeks passed before neighborhoods near the cathedral were tested but when they were, it was discovered that the amount of lead was 60 times higher than was acceptable in areas like schools. Then, an environmental organization named Robin Hood conducted their own tests in September 2019 and discovered that lead levels on people’s balconies were about twenty times higher than normal. This sparked rumors that the situation was covered up and that authorities didn’t act in time.

There Was Lead in Ground Zero

Then wood specialist Emmanuel Maurin of the LRMH ran tests on Notre-Dame's various surfaces and discovered that the lead amount was 70 times higher than normal. This worried everyone since a work crew had been working in the cathedral without any protection.

Fortunately, by 2020, everyone working on the reconstruction process had to adhere to new health and decontamination procedures. Some of the rules included disposing of safety garments after crewmembers leave, and people could only work two and a half hours inside the structure at a time. Work crews were also required to shower at least once a day.

The Church Will Reopen

Meanwhile, the lead issue in Notre-Dame and the surrounding areas will possibly be dealt with by using lasers to clean the stones and other methods like a special putty that can absorb the lead. As far as the church is concerned French President Emmanuel Macron claims that it will hopefully open its doors to the public again sometime in 2024.