Who Is Billie Eilish’s Brother Finneas O’Connell? 25 Facts You Didn’t Know About the Grammy Winning Producer 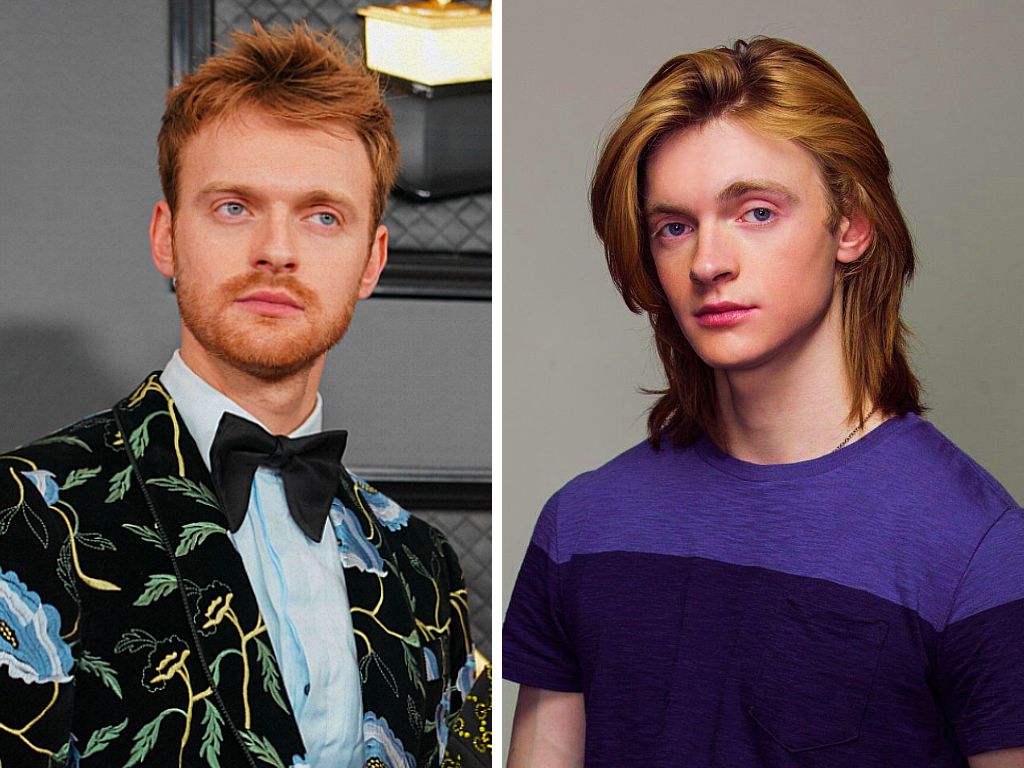 Finneas O'Connell has been quietly killing it lately in the music world. O'Connell is Billy Eilish's older brother who has written and produced songs for her as well as other young starlets like Rebecca Black. But just how cool is Finneas O'Connell? We're here to tell you some facts about your new favorite young music producer that you didn't know.

He recently produced Selena Gomez's #1 hit song "Lose You to Love Me" which was released in October 2019. It was actually Gomez's first song to reach #1 on the Billboard charts and was a critical and commercial success. It was even named the second best song of 2019 by Vulture.

He Has Won Five Grammy's

Just this year, O'Connell won five Grammy awards for his role in producing and writing Billy Eilish's debut album and single "Bad Guy." He took home Grammy's for: Record of the Year, Song of the Year, Album of the Year, Best Engineered Album and Producer of the Year.

He Writes and Performs His Own Music, Too

Although he is known as a music producer and occasionally performs with his sister, O'Connell also has his own discography. He just released an EP called Blood Harmony this past October. He even toured throughout October 2019 to promote it's release.

Finneas O'Connell isn't just a music producer and writer, he has also dipped his toes into the acting world. He played Alistair in the final season of "Glee." He auditioned for "Glee" five times in three years and each one was for a different character. He sang "You Always Hurt the Ones You Loved" in the audition.

He Starred In a Movie With His Mom

The 2013, Finneas starred in a movie written by and co-starring his mom, Maggie Baird. The movie, "Life Inside Out," was written about their experiences as mother and son and included a few songs written by Finneas on its soundtrack. The film was made almost entirely using funds raised on Kickstarter.

He Performs Some Songs with His Sister

Finneas not only writes and produces music for his famous sister, but he performs alongside her as well. Just earlier this year the two of them performed together live at the Grammy's. Billie sang "When the Party's Over" while her brother played piano.

His Parents Are Also Musically Talented

His music and acting talents might be genetic! His parents are Patrick O'Connell and Maggie Baird. Baird is actually an accomplished actress and singer/songwriter who dropped an album titled "We Sail" in 2009. Whereas O'Connell is an actor who most recently appeared on the show "Baskets."

He Has a Girlfriend

Sorry ladies, Finneas is taken! He has been dating Claudia Sulewski since 2018. Sulewski is known primarily as a YouTube personality with over 2 million subscribers. The 23-year-old has also some acting credits under her belt and she teamed up with Nordstrom to create a fashion line in 2019.

He Likes Incorporating Everyday Sounds Into His Music

On "The Tonight Show with Jimmy Fallon" O'Connell revealed that he and his sister like to incorporate everyday sounds into songs. Sometimes an iPhone recording or a little recorder will do the job to capture the noise. On the show, he told Fallon that Eilish recorded the sound of grinding teeth while she was at the dentist and they put it in the song "Bury A Friend."

He is From Los Angeles

Finneas O'Connell was born and raised in Los Angeles, CA and still resides there. He actually just bought a house late last year in the neighborhood of Los Feliz. Reportedly, O'Connell spent $2.73 million on the Spanish-Colonial styled home.

O'Connell is a man of many skills! Not only does he write, produce, and sing but he plays a wide variety of instruments, too. He plays the bass, guitar, and piano/keyboards. He has been known to jump in on many Billy Eilish songs in addition to jamming out on his own music.

Finneas and his sister Billie both have synesthesia. For him it means he can see colors in relation to music. He claims it is not always a good thing and can be quite debilitating and intense. His sister also sees music as color. He gave an example, he sees his song "Let's Fall in Love for the Night" as rusty orange.

He Wrote a Song for His Girlfriend

He composed a song for his girlfriend aptly titled "Claudia" under his musician alias FINNEAS. The lyric video was released on YouTube last year. Apparently he wrote the first verse on the first night he met Claudia Sulewski and finished it over the next two days.

He Has Never Bought a CD

Although he loves listening to music and making it, he revealed in an interview with BuzzFeed that he has actually never purchased a CD. He did rent Ke$ha's "Animal" from the library and burned a copy for himself, if that counts.

He Has a Line of T-Shirts At Hot Topic

Hot Topic has a line of band tees and Finneas actually has a few in the store. In addition to this, Hot Topic also has a variety of Billy Eilish tees. He has three different styles currently on sale on the Hot Topic website.

"Listen" Was the First Song Written on Eilish's Album

He and Billie cp-wrote the song "Listen" first on the album "When We Fall Asleep, Where Do We Go?" O'Connell revealed that the two of them wrote the song on Cinco de Mayo; May 5th, 2016. They had to re-record it though, because they were in a room with a very loud air conditioner that drowned out Billie's voice.

His First Kiss Was On the 4th of July

He revealed in his BuzzFeed interview that his first kiss was on July 4th, 2011 on a balcony in DC with fireworks going off. Sounds like a pretty perfect, almost straight out of the movies, first kiss! It's not romantic as it sounds though, because he was dumped the next day.

He Appeared in "Bad Teacher"

He Has Never Watched "Glee"

Green Day Was His First Concert

He saw Green Day at the Forum in Los Angeles when he was around 11 years old. He claims it "profoundly changed his life." He also told BuzzFeed that Billie Joe Armstrong mooned the audience and that blew his mind and hopes that one day he could be successful enough to do that.

Finneas said he wrote 200-300 songs before finally tackling "Ocean Eyes." He said in an interview that no one will ever get to hear those songs, although he thought they were all really good at the time, but now he doesn't think that they would make the cut. He claims he enjoyed writing them and that's what counts. Plus, it gave him experience to create better music.

He is Writing the New James Bond Theme

On "The Late Show with Jimmy Fallon" Finneas revealed that he wrote the new James Bond theme song for the latest movie "No Time to Die." He could not reveal much, not even the title of the song, but he mentioned that the song will be released "really soon."

The First Song He Ever Performed Was "Falling Slowly"

"Falling Slowly" is a song by Glen Hansard from the musical movie "Once." Finneas performed it in a talent show when he was only eleven years old. He mentioned that he probably discovered it because it was performed by someone on "American Idol."

It's On His Bucket List to Make a Concept Album

When creating a playlist of his life for Teen Vogue, Finneas mentioned My Chemical Romance's "Welcome to the Black Parade" and how much he enjoyed that whole album. He mentioned that concept albums were a big deal for him as a kid and he wants to create his own one day.

Back in 2014 when The 1975 was touring and O'Connell was still in high school, Finneas tried to get his band at the time to open for them. He called up a venue and said that his band, The Slightlys, would be perfect for the gig. Unfortunately, the venue declined and stated they already had an opener.

Both he and his sister Billie Eilish were homeschooled throughout their entire childhoods. Their parents were actually inspired by the band Hanson to homeschool their children. Hanson was homeschooled in Tulsa, Oklahoma growing up so Maggie and Patrick decided to do the same for their children.