Famously Misinterpreted Songs and What They’re Really About 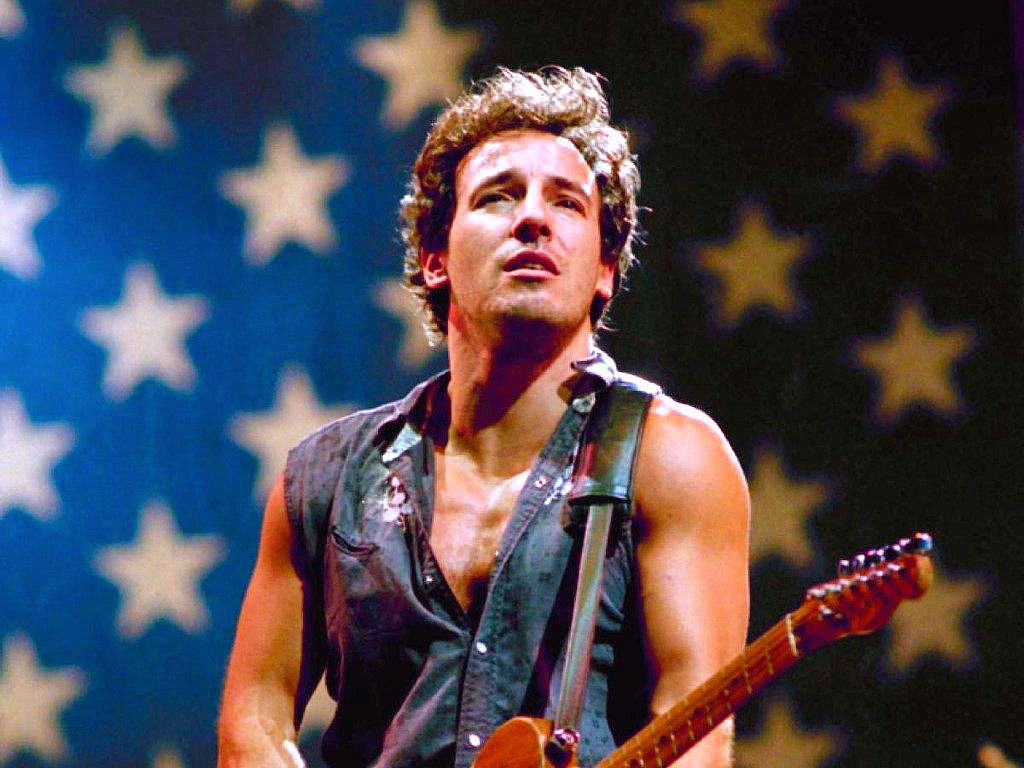 Think you know what your favorite song is about? Guess again. Even The Beatles are surprised by what fans think "Lucy in the Sky with Diamonds" is about. And "You're So Vain" isn't about a man at all! Here are some classic hits and what they really mean.

"I Will Always Love You" by Whitney Houston

Although you may be most familiar with Whitney Houston's version from her 1992 film "The Bodyguard," the song was originally written by Dolly Parton. Going by the plot of the movie and its title, the song is often interpreted as being about a romance. However, it was originally written by Parton about moving on from her mentor and music partner, Porter Wagoner. For seven years, Parton performed with singer Porter Wagoner, and even released a dozen albums with him. When she decided to go solo, she wrote the song to say goodbye.

Although it's easy to think that the song was named as a tribute to Joni Mitchell's performance at the festival of the same name, there's one problem: she didn't perform there. She was scheduled to, but cancelled. Instead, she appeared on the Dick Cavett show. She wrote the song from an outsider's perspective.

These iconic lyrics by Cat Stevens sound like they are directed at someone. Because the song also contains the line, "I'll always remember you like a child, girl," many thought the lyrics were about his girlfriend at the time, Patti D'Arbanville. But Stevens insists the song is about himself. "I was trying to relate to my life... It's talking about losing touch with home and reality."

If you don't know what this song means, you're not alone— neither did Nirvana's lead singer. When Kurt Cobain saw "smells like teen spirit" scrawled across his wall in Sharpie, he thought it was a revolutionary slogan about anarchy and punk rock. That's not what Kathleen Hanna, the one who'd written it, meant at all. "Teen spirit" was a popular deodorant, worn by Kurt's girlfriend at the time, Tobi Vail. Kathleen was saying the room smelled like Tobi.

"I Shot the Sheriff" by Bob Marley

In a 1975 interview, Bob Marley said that the sheriff was metaphorical. It was a metaphor for "elements of wickedness." Marley said, "The elements of that song is people been judging you and you can’t stand it no more and you explode, you just explode.” His girlfriend, Esther Anderson, however, gave an alternate account. In a documentary, she said that Marley disagreed with her use of birth control, and that he thought it was a sin. The sheriff actually referred to the doctor who prescribed her the pills.

"You're So Vain" by Carly Simon

There has been a lot of speculation about which of Carly Simon's exes this song is about. Candidates have included Mick Jagger, David Bowie, David Cassidy and Cat Stevens. And it isn't about just one of them! Simon has said the song is actually about three men. The only one she's named publicly was Warren Beatty.

Most people think of this song as an ode to world peace and unity. While that's partially true, that wasn't John Lennon's only intent. He described the song as "virtually the Communist Manifesto." He thought that hiding a political message in a nice song sugarcoated it enough to make it palatable.

Madonna's "Like A Virgin" was a saucy pop classic that seemed like it was about a young girl in love. The song, however, is about a man going through a breakup. Lyricist Bill Steinberg said, "I wasn’t just trying to get that racy word ‘virgin’ in a lyric. I was saying… that I may not really be a virgin — I’ve been battered romantically and emotionally like many people — but I’m starting a new relationship and it just feels so good, it’s healing all the wounds and making me feel like I’ve never done this before, because it’s so much deeper and more profound than anything I’ve ever felt."

This Beastie Boys hit is a classic party anthem. Which is the exact opposite of what they wanted. The song was actually written as a parody of party anthems. "The only thing that upsets me is that we might have reinforced certain values of some people in our audience when our own values were totally different. There were tons of guys singing along to "Fight For Your Right" who were oblivious to the fact it was a total goof on them," said Mike D.

When Little Richard's song hit the airwaves in 1955, teens bopped to its nonsensical lyrics. It seemed like a fun, light hit. The song wouldn't have had its mass appeal, however, if it kept its original lyrics, which were about gay sex. Even the title, "tutti fruity" referred to a homosexual man.

"Lucy in the Sky with Diamonds" by The Beatles

Given that it was written in the psychedelic 60s, most people think this Beatles song is about drugs, more specifically, LSD. The misconception is that the title is a way to hide the acronym LSD. John Lennon, however, swore that the title came from a painting his son Julian had made with the same title. "I swear to God or swear to Mao or to anybody you like, I had no idea it spelled LSD," Lennon said.

What could you possibly have wrong about this Bryan Adam's song? It's about the summer of 1969, right? Wrong. It's about the sex position. Adams said in an interview, "The title comes from the idea of 69 as a metaphor for sex. Most people thought it was about the year 1969."

"The Freshmen" by The Verve

This Verve song is a real downer. It's seemingly about a girl who commits suicide. Lead singer Brian Vander Ark said that the suicide never happened, but the story is still a sad one. The song was a way for him to deal with his feelings about his girlfriend having an abortion.

"London Calling" by The Clash

It would be easy to think that famously political band The Clash wrote this song about politics. But in 1979, a London newspaper wrote about the possibility of the Thames river overflowing and London flooding. The band reportedly "flipped." The inspiration behind the song was lead vocalist Joe Strummer's fear of drowning, since he lived by the Thames.

"Blackbird" by The Beatles

If you think the Beatles' beautiful song is poetically symbolic, it is. But it's got a very specific symbol. It's about the Civil Rights Movement. The Beatles were fascinated and inspired by the plight of African Americans during the 1960s and events that were taking place in America.

"(Good Riddance) Time of Your Life" by Green Day

This Green Day hit has become the ballad for graduations everywhere. But did you ever wonder why 'Good Riddance' is in the title? Because Billy Joe Armstrong wrote the song about his frustration with a girlfriend who was moving to Ecuador and breaking up with him. "I wrote the song as kind of a bon voyage. I was trying not to be bitter, but I think it came out as a little bitter anyway," he said.

"Born in the USA" by Bruce Springsteen

Because of its patriotic title, Americans think of the Bruce Springsteen song as a nationalist hit. The song, however, is a criticism of America's treatment of its Vietnam veterans. Springsteen explains, "Born in the U.S.A' is about a working class man [in the midst of a] spiritual crisis, in which a man is left lost… It's like he has nothing left to tie him to society anymore. He's isolated from the government, isolated from his family, to the point where nothing makes sense."

REM singer Michael Stipe was horrified to hear couples saying the song was their song, and dedicating it to each other on the radio. The song isn't a love song, but a breakup song. "It’s a brutal kind of song, and I don’t know if a lot of people pick up on that," he said. Guess this one does not go out to the one I love.

When Third Eye Blind's song came out in 1997, it was seen as a bouncy summer jam. But there's nothing happy about the song. "It's a dirty, filthy song about snorting speed and getting blow jobs. It's really funny that people play it on the radio," said singer Stephan Jenkins.

Like "Summer of '69," this Semisonic song's title seems to be as obvious as possible. The title, and the lyrics, seem to be referring to last call at a bar. However, the song is actually about the birth of singer Dan Wilson's daughter. He talked about hiding the song's meaning, saying, "I hid it so well in plain view that millions and millions of people heard the song and bought the song and didn't get it. They think it's about being bounced from a bar, but it's about being bounced from the womb."

"Rock the Casbah" by The Clash

Unlike "London Calling," which wasn't political, "Rock the Casbah" absolutely was. In 1979, Ayatollah Ruhollah Khomeini banned all music in Iran. Frontman Joe Strummer explained, "Somebody'd told me earlier that if you had a disco album in Tehran, you got 20 lashes. And if you had a bottle of Johnny Walker Black Label whiskey, you got 40 lashes. I couldn't get this out of my mind, so I was trying to say fanaticism is nowhere. There's no tenderness or humanity in fanaticism. That's what I was trying to say in 'Rock the Casbah.'”

The Sarah McLachlan hit seems to be about a deeply affecting personal loss. Rather, it was about someone McLachlan had read about. She read about Smashing Pumpkins keyboard player Jonathan Melvoin, who overdosed. "The story shook me because though I have never done hard drugs like that, I felt a flood of empathy for him and that feeling of being lost, lonely and desperately searching for some kind of release. I wrote that song in 2 days," she said.

This is another case where the title says it all, but doesn't. While Rihanna's song does refer to the relationship between pleasure and pain, it isn't merely about a sexual connection between the two. "It's about the love-hate relationship with the media and how sometimes the pain is pleasurable," Rihanna said. "We feed off it — or I do. And it was a very personal message that I was trying to get across."

While this Hanson song title seems to just be a catchy phrase, it's more than that. MMMBop is a measurement of time."'MMMBop' represents a frame of time. 'In an MMMBop they're gone,' it says in the lyrics of the song. The whole song is about the fact that almost everything in your life will come and go very quickly. You've got to figure out what matters and grab onto those things," said Zac Hanson.

"Every Breath You Take" by Sting

Sting's hit is sung at weddings. But if you listen closely, the lyrics couldn't be creepier, and are about an abusive relationship. As Sting says, the song is about, "jealousy and surveillance and ownership." He goes on to say that he saw one of the Bee Gees on TV performing the song lovingly, and he thought the misinterpretation was hilarious.