The 25 Funniest Movies of the Last 10 Years

Kelly McInerney
The 25 Funniest Movies of the Last 10 Years September 4, 2019Leave a comment 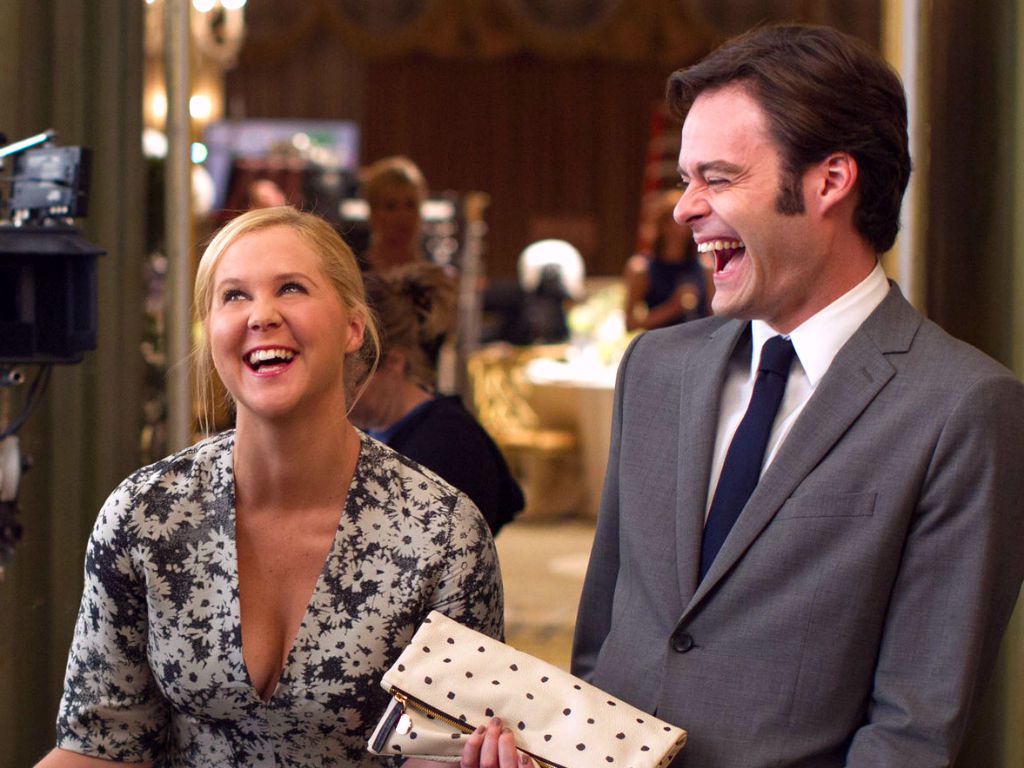 Comedies are one of the best types of genres, they make you laugh especially when you really need to. It's so hard to narrow down the best comedies of all time, there are too many, so we've narrowed it down to here are our favorites from the last ten years.

Written by Kristen Wiig and her writing partner and starring Wiig herself, Bridesmaids proved that if guys can be gross and raunchy, so can gals. With the poop scene in the middle of the street, Kristen Wiig's character freaking out on the airplane, and so much more, this movie is sure to have you cracking up throughout the whole movie.

Popstar is slowly becoming the cult classic that it deserves to be. It's a hilarious satire on stardom and the pop stars of our generation with catchy songs and even some sweet moments. Popstar was created by The Lonely Island, the guys that won an Emmy for their song "D*ck in a Box" on Saturday Night Live, so you know it's pretty hilarious.

Melissa McCarthy is a comedy power house of this decade. She stole the show in Bridesmaids but her starring role in Spy is how she proved herself to be hilarious. It's action packed and joke filled, directed by Paul Feig (who also directed Bridesmaids) this one is sure to have you cracking up, mostly thanks to McCarthy's crazy physical comedy.

This Is the End

This is The End took parody and satire to the next level. The movie stars Seth Rogen and his usual crew of funny pals (Danny McBride, James Franco, Craig Robinson, Jonah Hill, and Jay Baruchel) parodying themselves as they face the end of the world. Are any of them worthy of heaven? Or do they deserve to die during this crazy apocalypse? Crazy cameos by Michael Cera and Channing Tatum steal the show.

Blockers is a classic high school comedy with a parental twist. Blockers tells the story of three best friends who are determined to lose their virginity on prom night and their parents who are trying to stop them. It's wacky and funny and oddly a sweet family film?

Neighbors is about a new couple who is forced to live next to a messy fraternity all while trying to raise a child. Both houses compete with each other to try and shove the other out of the neighborhood. A wacky movie concept that is hilarious and, oddly, you end up rooting for both sides to win.

Girl's Trip tells the story of four lifelong best friends that plan a trip down to New Orleans for the annual Essence Festival. It proved that not all buddy comedies had to be about guys. It is laugh out loud hilarious and introduces a new comedy darling: Tiffany Haddish.

What We Do in the Shadows

What We Do in the Shadows proves that vampires are just like us! They have to deal with paying rent, having roommates, and getting into clubs, too. A hilarious perspective of the life of modern vampires, from the masterminds behind Flight of the Concords. The movie was so great it's now a show on FX!

Hot Tub Time Machine is a wacky comedy that is truly one of a kind. It tells the story of yes, a hot tub time machine, that takes a man, his two friends, and his nephew back to the year 1986. They have to follow their same fate and make the same problems in order to make sure the nephew is born. Yes, it is as funny and dumb as that synopsis sounds and that's why it's great.

We're The Millers tells the story about a pot dealer who creates a fake family in order to smuggle a bunch of weed across the border. He enlists a stripper, teenage runaway, and petty thief to be his family. With a cast that kills from Jason Sudekis playing the pot dealer to Jennifer Aniston as the stripper, you're sure to laugh out loud at this movie.

Jackass is a classic laugh out loud dumb show and set of movies, but the guys behind that show decided to take it up a notch with Bad Grandpa. Bad Grandpa actually has a plot but with Jackass-esque moments thrown in. It actually ends up being a sweet story of a grandpa taking his grandson on a road trip to see his father.

Bad Teacher is exactly what it sounds like it is, it is a movie about a bad teacher. It's about a teacher, played hilariously by Cameron Diaz, who hates her job, shows up wasted, but has to start caring so she can make enough money for breast implants after her wealthy fiancé dumps her. With a great supporting cast including Jason Segel and Justin Timberlake this movie is so funny.

Three friends have horrible bosses (get it the name now?) and hire a hitman to kill them but it all doesn't go according to plan. Horrible Bosses is one of those work comedies you kind of relate to a little bit, especially if you've had a terrible boss like one of them.

The Heat was the female buddy cop movie we were waiting for. With Melissa McCarthy as the edgier cop and Sandra Bullock as the goody-two shoes, the two have to team up to take down a big bad drug lord. It proves that women can crush crime comedies, too, especially McCarthy and Bullock.

Sure Deadpool is a superhero movie but also it is pretty funny. From his foul mouth to his overall dark-but-funny outlook on life, Deadpool is quite the comedic leading man. After getting maimed, a man gets superpowers and exacts revenge on the guy that made him gross - but with funny dialogue! It's definitely a superhero movie like no other.

When his childhood wish of having his bear come to life comes true an average guy has to find a way to balance having a friendship with him and having a girlfriend. From the guy behind, Family Guy, this movie isn't as sweet as it sounds. Ted is a stuffed animal that grows into an adult stuffed animal, he parties and talks like an adult. It's crude, wacky, and fun.

Anna and the Apocalypse

Anna and the Apocalypse is really a movie like no other - an apocalyptic zombie musical about high schoolers in Scotland. It's a little bit of everything - funny, sweet, and gosh darn those songs are very catchy. In a weird way it is a very relatable movie for anyone who knows what it felt like going through high school, but just a little heightened with the whole undead people killing everyone and singing.

We had a surge of tv shows turning into movies lately but the one of the most recent and best ones is 21 Jump Street. A pair of cops go undercover at a high school to take down a new drug and the person behind it. It's clever, funny, and even has a special cameo from the star of the original show, yes, Johnny Depp himself.

The guys who brought you 21 Jump Street and the show "Last Man on Earth," made another funny thing to watch - The Lego Movie. It's a funny movie for both kids and adults to enjoy. Emmett gets recruited to take down a bad guy and hijinks ensue! In the end, it's a very sweet father/son story.

Although it just came out this year, Booksmart is sure to be one of the best comedies of the decade. Booksmart is the female version of Superbad that we've all been waiting for but it's also smart - get it? Like the name. Two best friends decide to finally go to a high school party and it's their wacky journey getting there. This directorial debut of Olivia Wilde is a laugh out loud winner.

Game Night is about a game night with a few friends that goes wrong. When Max's cooler brother Brooks offers them a fun new game, Brooks ends up getting kidnapped by real gangsters and the gang has to get him back. It's another great action comedy with a variety of wacky characters.

The Disaster Artist is based off of the memoir of the same title. It's a story about making it in Hollywood, trying your best, and making your masterpiece. The reason why it's so funny is James Franco's insane transformation into Tommy Wiseau. Tommy is a real life person and quite the character. He's not the best actor but he gosh darn tries his hardest. Franco's performance is one of the funniest of the year and even earned him a Golden Globe.

Trainwreck was the writing and starring on the silver screen debut of comedian Amy Schumer. It tells the story of a hard partying girl who has to get her life together once she finally meets Mr. Right. It's cute, it's romantic, and one of the first scenes is her pretending to fall asleep on a guy so she doesn't have to continue having sex - so you know it's pretty funny, too.

Crazy Rich Asians tells the story of a regular girl who attempt to marry into an extremely wealthy family. The movie stars an all Asian ensemble cast and is a wildly funny movie about family and love. It is based off of the bestselling novel with the same name.

Easy A is another great high school comedy, an updated version of the Scarlett Letter. Olive lies about losing her virginity, the school goes nuts over it, and she just leans in to the controversy. A biting and sharp depiction of how high school sometimes works. The first big movie where Emma Stone truly shines on her own and probably helped her win her Oscar.